Can Tesla mobile charger gen 2 be used with j1772? 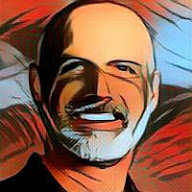 I have the linked Lectron adapter and use it with my MINI SE, sharing my 60 Amp breaker with two Gen 2 HPWCs that are connected with the communication cable, so that I can charge the SE and my wife's TM3 simultaneously.

The Tesla nozzle plugs into the Lectron adapter and is held by a small, red, spring-loaded clip. It is secure (does not slip out), but it is not lockable.

The J-1772 nozzle has a loop in its latch that allows the insertion of a shackle of a padlock to prevent the user from depressing the latch and releasing the J-1772 end from the car.

So if one uses a padlock (or if one's car has a mechanism that grabs the nozzle, as the SE does when the doors are locked), the worst that will happen is that a vandal could unplug the Tesla nozzle from the adapter, leaving the Lectron dangling from the car.

I
Can I use a Prius Prime’s charger to charge my Model 3?