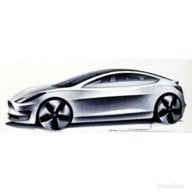 My Mother's M.3MR was in an accident back in September.
Background:
Oncoming traffic stopped to let her turn left but oncoming guy in right turn only lane decided to go straight across the lane's solid white lines & ran into her front right side.

Police report classified my Mother's action as "No Improper Action".

However, report comments did state: "other driver failed to obey marked lanes & proceeded straight in right turn only lane."
I can't tell from Police report if other guy was charged as his identifying column for his action in this incident is checked 'Other'.

Fast forward to today:
Tesla OEM repair shop estimate $23K in repair costs:
A lot of it suspension related work then body work.
Though the most costly part listed for repair is the something called the 'Gear Assembly' which worries me because it sounds like motor related. 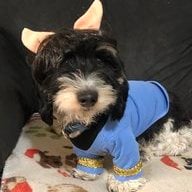 Insurance usually decides if it's totaled or not. You might be able to influence them if it's right on the line.
•••

Car in repair shop since July 1st, no ETA on missing part. What to do?

H
1 month old model Y hit by other driver, is it totaled?