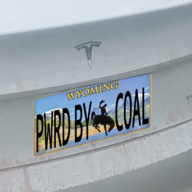 In the morning I tried to open the trunk of my M3 but there was too much ice holding it shut, so it didn't open in response to my pushing the electronic release. I pushed down hard on the trunk to make sure it was closed, and used a side door instead of the trunk.

Shortly thereafter I parked the car in the sun at a xc ski resort. The car never reported the trunk was open, and it locked when I left. And an hour later I got a phone call from my wife. "I got a notification that the car alarm has gone off and the trunk is open". Guessing what had happened, I unlocked the car, remotely, but then could not relock it (since the trunk was claimed to be open), so I left it unlocked (in case it was still screaming) until I returned an hour later.

There's no powered lift on the trunk of my M3, so all that had happened was that the ice has melted off and something had unlatched; the trunk did not actually raise itself open.

Pretty embarassing to have my alarm annoying people, presumably until it decided to stop screaming out of boredom? (I don't know how that works).

Was this a bug? I would definitely say so. The car did not report the trunk being open, yet somehow left the electronic latch unlocked.

((In other news, here's the most insane thing (of an endless list) about my M3: Until this year, the doors freezing shut (due to ice in the window) was a really serious and frequent winter problem. I tried everything, but inevitably it took carrying a credit card or other tool and doing a lot of work each time to get in after any poor weather. This year? No problem. There was apparently a *software fix* for the ice-in-the-windows problem. Incredible. Now when the doors close in winter, the window backs off a couple of millimeters after rising all the way. This allows it to do the opposite when opening: a small lift before trying to retract seems to break free of the ice.))
•••

M
Car turned off while supercharging

R
Drivers Side Rear Door Opens On It's Own