"Car may not restart" - just ignore it

Actually she said "If the car doesn't act strange and you don't get the message again I'm sure there's nothing to it. If it shows up again let us know."

This happened to us before when we were in the middle of New Mexico. Went to Salt Lake City where they gave us a nice loaner and we spent a couple extra days while they put in a new Drive Unit. The guy on the phone originally told me it sounded like a high-voltage battery issue. But that was a year ago.

So, has anyone else had multiple occurrences of this error but no apparent problems?
•••
N

This could also be a 12v battery issue. The software may be detecting a low voltage or high charge current rate going into the 12v.
•••

I'll check it out but I thought they had a separate warning for that also? Does it not always show up? I've got the prototype "Batmobile" 12 volt lithium battery in there. Actually bought the car from Sean. So I'm hoping it has another five or six years life at least.
••• 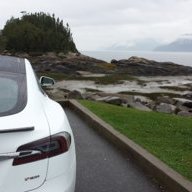 Well I got the same error recently and it turned out to be a faulty harness... covered by the battery warranty. However, on my case, the car did not restart and I had to cancel my weekend plans.
•••

Lasttoy said:
Call 877 798 3752 immediately so they can log into your car. They can read the error codes before they are over written.
Click to expand...

I don't know how large the logs are but as it's been almost a week and around a thousand miles, am I correct in saying they probably are gone?
•••

There are all kinds of reasons for this message to show up. It's impossible to say what causes it as there can be many causes. I saw the message when my main battery was very low.
•••

henderrj said:
I don't know how large the logs are but as it's been almost a week and around a thousand miles, am I correct in saying they probably are gone?
Click to expand...

No, the codes are probably still there.

This is not an error message to take lightly.
••• 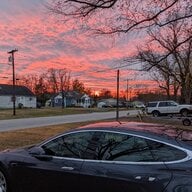 Lasttoy said:
Call 877 798 3752 immediately so they can log into your car. They can read the error codes before they are over written.
Click to expand...

With the hold times lately, they'll be overwritten before someone answers the phone
Reactions: henderrj and David99
•••

I believe critical errors are saved longer (until they are cleared?) along with some logs from that moment. Whatever is going on, the car must be thinking it's something critical. If you note the time and date they will be able to find something in the logs.
••• 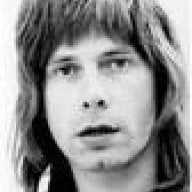 I had a series of similar messages.

I would get to the car in the morning and get the message then it would go away. Tried hard reset, came back a few days later and took it to ta service center to be looked at. They, presumably, checked the error messages and said not to worry and ignore it. The next day I got the same message in the morning and when I returned to the car in the evening, it wouldn't start.

Had it towed from the third floor (tow truck could barely fit... they had to bring a special small one) to the same service center (Palo Alto, CA) and had to wait 5 days to even have it diagnosed (they need to hook it up onto a simulator and there were several cars ahead of mine). Turned out to be one of the high capacity wires failing and not recharging the 12v battery (I guess it's the EV equivalent to an alternator).

It took another two weeks to get the part and they replaced the battery as well, under warranty (2016 car). I'm not happy that I had brought it in and they sent me back on the road. I'm also no happy on how long a fairly simple repair took. It has been working well since however (happened in March).

This is the service invoice info:

Concern: Around 7:30 AM & 4:00PM 3/1 & 3/2 "Car needs service. Car may not restart"
Alert started appearing, other than the alert, vehicle was not exhibiting any other symptoms.
3/2 around 11am screen rebooted by itself while he was getting into the vehicle. 12v battery
needs to be replaced alert appeared also appeared shortly thereafter. 3/5 Vehicle would not
go into gear, alerts appeared. "12v battery needs service alert" & "car needs service may not
restart"
Cause: Multiple HV external isolation faults found in logs. (SEE CAUSE NARRATIVE)
Repair Plan: Perform dummy plug isolation test to determine source of isolation. Repair as
needed.

Thanks everybody for the responses. Because I let life get to me I haven't actually done anything, so far it's worked out! I'll let you know if something else happens. Thanks again
••• 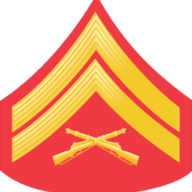 I recently had this message, and was told it could be the "Battery Heater", as in the winter they work harder to keep the batteries warm. Well took it to the service center today and they said it is a bad "Drive Unit"...so glad I took it in and glad it is under warranty. I have a 2014 MS85. First drive unit since I purchased it CPO at about 20,000+ miles since I purchased it. So that is in 7 months I have driven 20,000+. I think these drive units aren't as bad as the press makes them out to be, but I hope they upgrade my so I can go another 100,000 miles.
•••

Dallas to Telluride - 2,610 Miles Round Trip

Model 3: Driving Dynamics Jan 21, 2022
jayfrank
J
S
SoCal to Washington - aka There and back again.

Is There a Maximum Size Limit for Tables? Problem with One Post Suggests "Yes!"