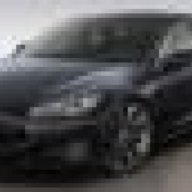 Hi. I took possession of my P85D at the end of January. I've already scraped it three times while parking, despite moving slowly and being extra careful. Here's how it happened.

I was relying on two occasions on the rearview camera and the sonar and radar alert system. These normally work great, but I was backup both times at an angle to a thin standing object. The camera and the warning system missed it. Be super careful when backing up obliquely toward anything. I could have learned my lesson after the first incident, but, duh, I didn't. The third scrape was different. I was maneuvering around a concrete pillar in a basement garage. I was moving forward toward it, and it appeared that I had lots of room. I didn't even know I'd scraped the left side front bumper until I got out of the car. I believe that what happened was that my eye was fooled by the inward curving ridge on on the hood. You can't see the rest of car past that ridge, and it can look as if there's a lot more room than there is. Give yourself extra space. The Model S is wide, and there's a lot of car you can't see from the driver's seat. Fortunately, I'd had plastic armor applied to the front of the car, and after it was repaired, the actual damage to the pain job was almost invisible. I wouldn't know it was there unless I looked very closely. The rear bumper scrapes caused slightly more damage, but they, too, were minimal, and not worth the cost of repainting. Please learn from my experience. Don't rely on the warning system and rearview camera unless it's abundantly clear that there aren't any objects that you're approaching obliquely. Second, know that there's a lot of car over that ridge on the hood. Give yourself plenty of room.
I

Sorry to hear about that. The Model S is indeed very wide. I also park in some tight spaces at work and at home. I find it helps to use the edge of the mirrors as a max range guide given how they stick out, but, of course, that won't work for everything.
R

Would you say from your mishap that paint protection probably paid for itself ?
E

We have very narrow parking spots in HK with many garages having awkwardly placed columns that are hazards when turning the very wide Model S, parking or opening doors. It is not uncommon for most of us to let the passengers out before we park and then only the driver has to squeeze out of one side. We have gone so far to identify trouble spots that on the HK sub-forum you will even see a list of friendly and unfriendly parking garages for the Model S.

Besides the scrapes mentioned above, we also get a lot of rim rash incidents. To avoid the problems and issues stated by the OP, a few forum members have installed side cameras as part of a dash cam installation to solve this problem.

http://www.teslamotorsclub.com/show...8-Cameras-Dash-Cam-(DVR)-installed-on-a-Tesla
Note the prices you see are in Hong Kong Dollars (US$1 ~ HK$7.75)

The side cameras are pretty discrete and are mounted in the bottom of the external side mirrors. The display can either be on the rear view mirror or an external display can be mounted elsewhere. We haven't found a way to hook up the dash cam DVR to the 17" display.

The cameras and DVR unit on this installation are reportedly available in the US. A complete installation runs between US$1100-US$1600 depending on options selected. Highly recommended if you need to operate in tight spaces. 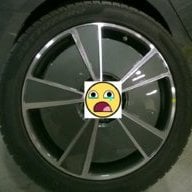 I still mostly turn my head and look begin the car when reversing... Glancing at the camera once or twice only.

I have backed into a thin pole as you did at the Normal, IL supercharger (one stall is oddly positioned and naturally I had to park in that one).

And I agree the humps in the hood take some getting used to. Definitely do some extra looking when maneuvering.....

A
My Tesla Model 3