On the highway and especially on rough roads I get complaints from those on a call that there's a ton of background noise and it's sometimes hard to hear me. I now carry a 3mm headset in the center console and connect it to my phone if I have long conversations. I've tried both a Samsung 7 & Samsung 8 and it makes no difference, the noise is terrible. I'm wondering if other Model 3 owners are having this same issue and if I should take it into the Tesla service center for them to review or fix.

Yes I'm having the exact same issue. It only occurs at high speed on the highway, but people tell me it's terrible. Was going to into the service center but was hoping to hear from others first.

Blue Radar said:
On the highway and especially on rough roads I get complaints from those on a call that there's a ton of background noise and it's sometimes hard to hear me. I now carry a 3mm headset in the center console and connect it to my phone if I have long conversations. I've tried both a Samsung 7 & Samsung 8 and it makes no difference, the noise is terrible. I'm wondering if other Model 3 owners are having this same issue and if I should take it into the Tesla service center for them to review or fix.

I’ve had the same complaints with my Model S. Seems to be the wind noise rushing past the windshield.
I’m surprised that they don’t have some noise cancelling built into the mic.
•••
G

Also happens with my Model 3. On the highway it is so bad the other person can barely hear me sometimes, definitely no noise cancelling in the mic.

Our Ford Fusion hybrid has active noise cancellation in the cabin and you barely hear any background noise on the phone.

As well, my Essential PH-1 has had a terrible time connecting to my Model 3 for phone calls. If I'm talking on the phone when I open the car, the screen will crash and require a reset. Call audio doesn't transfer (it goes to bluetooth) and both sides can't hear anything, or it is just completely garbled. Works perfectly for streaming music though. 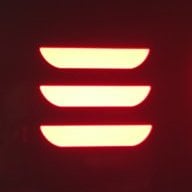 Yes! My wife can’t stand to talk to me on the highway because she says she can’t even hear me because it sounds like I’m in a wind tunnel. This is something I am really disappointed in and I hope an update can improve it. I came from a car with no Bluetooth calling and this isn’t much of an improvement. Embarrassing for the “car of the future”.
•••
N

Crossing my fingers for an update/fix!
•••
B

I figured it was just my car!

This is incredibly disappointing. Have not had this issue on my last three cars...

I spend about 2-6 hours a day on the phone in the car. This is a really big issue on my end..

With the all-glass top and high roofline, the mic might be too high up...catching too much of the fluctuating wind and light rainfall noise.

Perhaps closer the center armrest or headrests might be better suited for this car?
•••
T

I have been experiencing a number of phone issues just a week and a half in to my new M3. I am experiencing all of the same issues as above, mainly difficult for people to hear my on the other end of the call. I traded in a relatively new 2017 Mazda 6, which apparently has a much better microphone setup (according to my wife).

Still happy with the purchase, but wish some things like this were better for this high-tech machine.
•••
H

Same exact issue. "You sound like you are in a wind tunnel." I took my '18 Model 3 Performance to the service center and had them try to diagnose it. We took a drive and called in to the shop while going 80. Of course the person on the other end heard us "just fine." We tried with my Samsung S9 and his iPhone-something. He showed me a setting in the iPhone, I forget what it was, that he says helps iPhones. Some headset setting... But I think that is bogus. I was leaving it for some paint work, so he told me he was going to check all of my seals with "ultrasonics." Probably also BS just to shut me down. I told him, OK, I would leave myself some voicemails at different speeds and go from there.
He then offered that a good fix "if all else fails" is to pop the mic assembly off with a flathead screwdriver and pack some insulation around it. To me, that all but admitted that it's a known issue with the mic picking up road & wind noise. I'm not sure where I will go from here, but I am complaining to Tesla not over "road noise," which they seem to classify as subjective, and more to, "Bluetooth handsfree phone is not usable."
It sounds like, from these posts, the problem might not be fixable at all. For what it's worth, I was thinking it was the wind noise but now after that test drive with him, I am wondering if it is more road noise from the tires. We drove on a new road but my complaints generally come from a road with more noise.
I'll post again if I get anywhere with this, either by capturing it fail in voicemails and getting service to fix it, or if I go on my own and pack something around the mic..

Henry2a, Interesting- I also had Tesla do some paint work on my Model 3. It took them two tries but they finally got the hood right. They were very good about fixing it.

On the noise front, I'm convinced it's the roughness of the road that makes things worse. The rougher the road the loader it is in the cabin and the louder it is for my callers on the phone. This could have EVERYTHING to do with the tires. Tesla in their Model S's did have thick ~2" foam damping on the inside of the tires. None of the Model 3s have this that I'm aware of. Does your PM3D have the 20" Wheels? The Michelin Tires might have this foam but I'm not sure. Again, I'm convinced it is NOT the air noise but the rough road transmitting through the wheels. It could also have to do with the microphone placement (and/or type of mic they use). I wish they'd give the option for a noise cancelling system for the cabin. AND I wish they would test on rough roads at 65 MPH.

Advice: Make all of your TEST calls from the roughest road you can find I'm also curious how Tesla responds to your findings.

POST back here to let us know what you find. 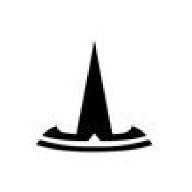 Same. These cars have terrible phone quality especially on the highway. My wife gets annoyed every single time I take a call from the 3, so I always transfer it to car phone which is a very lame solution... Tesla replaced the mic. No difference.
•••
M

Same problem here. I agree it has to do with road noise and not necessarily wind noise. Some roads are okay at 70 mph while another road creates so much noise that we have to stop talking until I either slow down or a change in surface occurs.

Never have this problem in our Fusion Energi.
•••