Like many others I got a call about the Roadster 3.0 battery upgrade....nice chat and I thanked them for continuing to support the Roadster.

The Tesla representative did tell me that they want to continue supporting their earliest and most loyal customers so I suggested CF taillights (either skins or full housing) as an item that quite a few of us would like.

Seeing as the latest third party attempt at this has again fizzled maybe it might help if a number of us made the same suggestion when that call comes? The more requests they get the better the chances of it happening, you never know.
••• 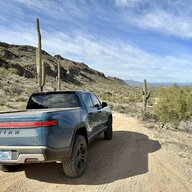 Whatever happened with that project from a few months ago?

From my observation I feel Kofi got in over his head understanding how much time, work, and attention to detail CF work involves to do it right. All went cold towards the end unfortunately with the CF thread which gave me a very uneasy feeling. I just hope nobody had any $ taken without getting what they ordered and he committed to.

I keep seeing Kofi posting in the SFbay Craigslist selling Model-S CF parts, but again no sign of him on TMC:

I think that's great input given by Nigel and also support communicating to Tesla for CF parts that dress up the Roadster such as the tail lights. Also I think that's a great way to communicate to Tesla thanking them for their support of the Roadsters, but then enter the conversation on in a positive manner regards to the battery upgrade expectations we all have and had, not to mention how Tesla can improve their communication and use the Roadster community to also support Tesla in a positive manner by word of mouth, meeting regular people and conversing on the street, via blogs as well as at formal EV events. Its a win-win for all if executed in a reasonable manner.
•••

In fairness to Kofi, he has been communicating regularly with updates via email with those that have deposits. He's stated he'll be returning money. He hasn't disappeared into the night.

bonnie said:
In fairness to Kofi, he has been communicating regularly with updates via email with those that have deposits. He's stated he'll be returning money. He hasn't disappeared into the night.

Happy he's communicating with those who committed money and hopefully refunding their money. Any clue what happened? It appeared he was working hard and making progress, then he was gone ( from an outsider's view watching the progress from the CF thread ). From that perspective it looked like he disappeared.
•••

wiztecy said:
Happy he's communicating with those who committed money and hopefully refunding their money. Any clue what happened? It appeared he was working hard and making progress, then he was gone ( from an outsider's view watching the progress from the CF thread ). From that perspective it looked like he disappeared.
Click to expand...

Different fabricators would come on board and then (as you noted) realize the difficulty in making these parts and disappear on him. He's been pretty transparent as to what's going on. I think it's been easier for him to communicate via email, rather than the forum.
•••

I have a few reservations with this request. First, Tesla's existing CF parts, as with other Roadster accessories, seem overpriced. Second, if 3rd party CF shops, who fabricate custom parts full-time, are having a hard time fabricating this part, then I'm skeptical Tesla would have the in-house resources to do a better job. Third, I wonder if the time, research, and development cost on their end would be worthwhile for the number of owners who would actually buy this.

Concept:Carbon in Cincinnati, OH does a lot of CF work and has lots of experience with Roadsters. They helped me tremendously in my Double-DIN upgrade and fabricated a CF A/C duct and CF stereo bezel for a very reasonable price. The can be really slow to respond (a lot of the staff are in the National Guard are regularly off for training), but I bet they could fabricate some Roadster CF taillights. There are a few custom CF Roadster parts pictured on their FB page (which also hasn't had any activity in about a year):

I think Tesla's Roadster R&D would be more valuable at this point in time in getting a compatible battery upgrade available for 1.5 owners and then finalizing the details and getting into production the rest of the 3.0 upgrade.
•••

Shrink, it looks like those guys (concept-carbon) do a great job on the CF work and sounds like a good point of contact since you already have had experience with them as well as that they're familiar with the Roadster and its CF weave pattern. As for Tesla doing the CF work, that wouldn't happen nor do I believe they would they put engineering resources into it. They would have a purchaser contact their existing or previous CF supplier and have them spec or pull up old design sheets on the previous parts, then manufacture them. Although I do agree with your point about having Tesla concentrate on the existing Roadster upgrade path, I don't think those engineers would be pulled to work on CF. Yes, I also feel Tesla would charge a premium price on the CF parts like they have in the past and also feel that the demand for these items would not be significant, most in part govern by the high price tag. Also I feel that these parts would eventually disappear as we've seen off the Roadster shopping list, then we're back where we started again. I am a supporter of having 3rd parties create aftermarket parts for cars for that it supports a market that indirectly supports Tesla in a showcase manner.

A good start would be to grab the "would like" to have bullets from the original CF thread and pass them on to your contact at CC, have them evaluate the difficulty, if they want to take on the task, and offer an estimate in cost and return time of the product.
••• 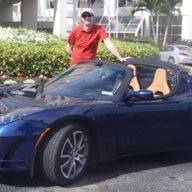 bonnie said:
Different fabricators would come on board and then (as you noted) realize the difficulty in making these parts and disappear on him. He's been pretty transparent as to what's going on. I think it's been easier for him to communicate via email, rather than the forum.
Click to expand...

Am I mistaken in believing that as a sponsor, the Forum is asking him for money?...
As this is probably not going to be turning into a profit center for him...email is a cheaper way for him to continue dealing with the individuals.
Happy to ear this is happening as he was really working hard on this!

I had myself been exchanging emails about the taillights with him but had decided to spend cash on the custom rotors instead.
•••