Chaos on the Bridge (for Star Trek TNG fans)

I stumbled across this on Netflix (in the US) a few days ago and watched it. It's only an hour long.

William Shatner, writer and director, takes on a journey of discovery into the creation of a television series. He speaks to virtually every major player, both in front of and behind the camera, who was involved with the production of The Next Generation. Traveling in both Canada and the United States, Shatner takes viewers to the back lot of Paramount Studios, a mission control room at NASA, the theatre stage and the largest Star Trek convention in the world to reveal the never-before-told story of Chaos on the Bridge.

(I didn't watch via Vimeo. I watched via Netflix streaming.)

IMHO, if you were a Star Trek TNG enthusiast, you'd probably find this piece entertaining and insightful. I didn't know there was so much chaos at the sausage factory.

For those w/Netflix outside the US, I have no idea if it's available for you.
•••

I watched that. For die hard Trekkies only, I would say. I am surprised that Shatner got Patrick Stewart's cooperation.
••• 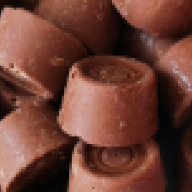 ecarfan said:
I am surprised that Shatner got Patrick Stewart's cooperation.
Click to expand...

ecarfan said:
I am surprised that Shatner got Patrick Stewart's cooperation.
Click to expand...

Why? I've been to at least one Star Trek convention where Shatner and Stewart were on stage together and the act they put on was that they really good buddies.

I recall in interviews the two have said things along the lines of them enjoying working together.

In The Captains (EPIX - The Captains), Shat interviewed all the captains of each of the shows and movies, including Chris Pine. There seemed to be no animosity between any of them. It's not like he was interviewing George Takei.

Thanks for posting. I watched it yesterday and enjoyed it. Learned a number of things that I hadn't read in the many "behind the scenes" books and articles on TNG.
•••

I went to a convention in 1988 and asked D. C. Fontana why the first season of ST:NG was so terrible. She said that there was someone rewriting all the scripts. It looks like it was Gene Roddenberry and his bizarre lawyer. As with a lot of things, it looks like it was sheer tenacity and luck that brought it all together.

For a lifelong Trekker, it was an interesting documentary. As someone who used to write scripts and worked a very short time in Hollywood, I was not surprised by the insanity. It's what drove me away from the place.
•••

Really good, very enlightening and now I have to re-watch season 7.

Best part was when the question was asked of Shatner of how he felt when he was left out of TNG. As he has had a bit of success since then, but nothing like his 3 seasons it was a very honest response, much like the rest of the movie.

I've heard from friends in hollywood that things like what happened on TNG are not that uncommon. Vying for power, manipulative attacks and general instability. I expect something like this movie to made about Mad Men eventually and its creator. http://deadline.com/2011/03/matt-weiners-talks-for-mad-men-mega-deal-could-collapse-over-cost-shaving-118149/

It's available at for free with ads.
•••