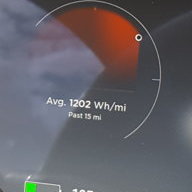 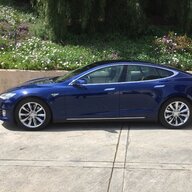 You will need a step-down transformer to drop the voltage. The cost will depend on the the current to be supplied by the transformer. Check and see if your location already has a step down transformer, most locations do.
•••

FlasherZ said:
Your electrician has issues if he was willing to wire up a 14-50 from a 480Y277 panel, whether the car can take it or not. The answer as noted by 365gtb4 is no, and as noted you usually find a 208/120 Y or 240/120 delta transformer installed to provide support for lower-voltage loads.
Click to expand...

If you look at the HPWC manual, it allows for installation from neutral to 240 Volts (L-N). This does not work for a 14-50, however. A few companies sell "buck" transformers that will "buck" the 277 Volts to 240 Volts (L-N) and be within the spec of the HPWC. The advantage of a "buck" transformer is that it only needs the VA rating of the "bucked" power. In this case, 1-240/277 or 13.3% of the VA requirement of a full on isolating transformer.

Well, here's a thought. The onboard charger in your car has no problem with 277v, so yes, you could use that power. You could also have the electrician install a NEMA 7-50R, and you've covered that part... 277v / 50a available from the wall. Under no circumstance would I recommend using the NEMA 14-50R on this higher voltage, as somebody could plug something into it that won't like it!!! It would absolutely SMOKE the electrics in a motor home which would normally use a NEMA 14-50.

You could build a custom unit from an OPENevse with electronics to handle 277v. Or, test out a cheap EVSE to see if it goes up in smoke at 277v?

Be cognizant that 277v and a neutral is not the same as two 120v lines that make up 240v. It is something that can be done, but the easy(er) answer is a somewhat expensive transformer, as suggested above.
Last edited: Sep 11, 2015
Reactions: dhrivnak
•••
S

The answer to this question is YES, and Tesla explicitly supported installation with the HPWC with 277 line-to-neutral on a 4-wire 3-phase 480 supply. But Tesla removed this installation option from their most recent HPWC manual because it turned out that 277 Volts was a bit too close to the internal max on the on-board charger, which I was told by the tech at the Tesla charger support line (not verified or documented elsewhere), is something like 282 V, and actual line voltages can vary and too often exceed the internal fault level.

To see the earlier version of the HPWC manual, search for Tesla part number PN: 1069742-00-A The "277V Three-Phase Wye-Connected" installation option is on page 9.

This link to the manual may still be valid:
https://www.tesla.com/sites/default...a-wall-connector-installation-manua-en-v1.pdf
•••