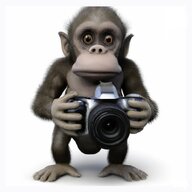 I have a new S75D
At home, I charge with 110v, no problems.
Now I've taken a trip to Florida.
I charged at several superchargers on the way down without problems.

A friend in Florida has a Tesla wall charger. He plugs his P85D in without any problems.
When I plug my S75D into that same charger I get a red ring at the car port and a message about a problem with the supply (I've forgotten the exact wording). Plugging the P85D back in, his charges without problems.

I have a 36 ft 50 amp extension cord and a Nema 10-30M to Nema 14-50F adapter. Using the adapter in a clothes dryer 220V outlet and the 50 amp extension with the standard portable charger supplied with the car I can charge without problems. This is at "the farm" which is several miles from my friend's Tesla wall charger.

My question is why would my car not charge from that Tesla wall charger while that P85D had no problem?

We called Tesla, Orlando, there were no faults recorded. They were going to look into it. I lack cell service at the farm so Tesla couldn't have reached me later for follow up.

I did look in this section of this site before posting this. I saw messages about noisy power line supply causing an inability to charge. Is this a likely cause? Is there a difference in the noise tolerance of the newer cars as opposed to a 2 year old P85D?

I don't think I have a car problem because I can charge from 110V, superchargers, and the 30 amp dryer circuit..

Thanks for any thoughts.

Not a lot of data to go on: the exact wording of the error message might help. But I think your noise theory is a good start. It seems likely that the 75 detects a problem that the 85 doesn't detect, and it may be a real problem. Besides noise it might be something involving the ground, or maybe something as simple as physical wear. Voltage drop is usually a prime suspect; but that should show up during a charge, not as soon as you plug in.

If I were your friend I'd inspect the wall charger and the car charger port for wear and corrosion, and consider getting an electrician to take a look. It could be the kind of thing that's cheaper to fix now than after a serious fault shows up.
A

I've been having charge problems since a software update a few weeks ago. I get a red ring and I've narrowed the cause to when the car wakes to charge itself overnight or needs to draw AC current for Cabin Overheat Protection. Car throws an error showing a voltage spike. Service first said it was my power. Power company says no, everything is fine. Service then blamed my 1st Gen HPWC and said I should replace it. HPWC has no issues charging when first plugging in, it always works. This is particular to when the car tries to charge overnight. Since turning off Cabin Overheat Protection, I no longer receive the red ring and charging is working just fine overnight.
Reactions: LoL Rick 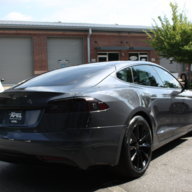 Also reporting a weird issue after 17.26.76 update on brand new 90D. Prior to update my NEMA 14-50 charge with UMC was perfect and green light. After update - getting the flashing yellow-orange for UMC to car saying "charge cable unlatched" with limited charging fixed at 16/40A for some reason. Nothing has changed beaidesy the recent software update today. Service center seeing the vehicle Monday for unrelated issue of subtle rattle drivers side when over 60mph. Will hopefully kill two birds with one stone.

G
HPWC pulling pranks on me