I've seen circle farms sweep the nation lately. I guess and therefore think I understand why: lower irrigation labor costs (to install and remove irrigation pipes, because the circles allow the pipes to just roll automatically with a central rotating connection point (rather than a troublesome trough or coiling hose in a straight role system and troublesome steering of the straight rollers), and can just roll out of the way, rather than the current/prior method of installing and uninstalling non-rolling irrigation pipes every crop), faster deployment of irrigation. But they all have these rough squares in between the circles (and even if they packed the circles like marbles more tightly, would still have a little bit of open land); for the unfarmed squares (some are farmed), I say, we pack all those areas better. First, we realize the farmers realize they could trade properties to make the circles fit tighter. But even then, and even now, we see that we can install solar panels in those parts of land not covered by circle farms to collect solar.

Problems:
I see those problems being overcome in some situations. For instance, where soil is not that great, it doesn't offer as great a value to repack the circles tighter, so they might as well put in solar. Where soil is fertile, they can pack the circles tighter first, then place solar where there are still non-farmed spaces. Where circles are going to be packed tighter but aren't yet, the solar can be made somewhat portable. 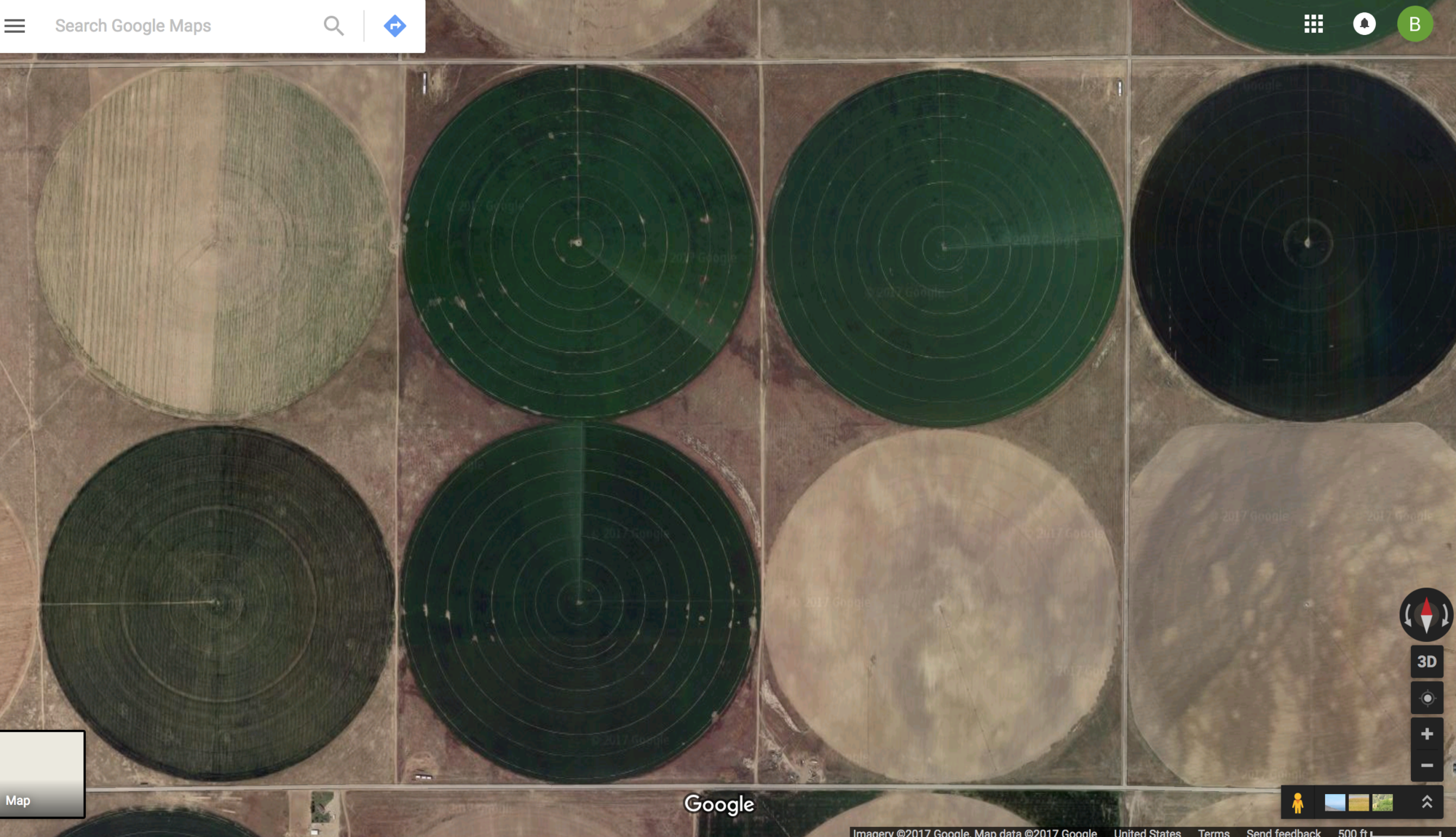 That would be an interesting way to build out more Solar PV without 'paving' over more wild lands for solar farms. If my calculations are correct the area between 1200' center-pivots could support 5MW. That's a lot of energy from land without much other useful purpose. I don't think you could even use it for grazing...

I've never found dust to be much of an issue really. My bigger concern would be water spray from the center pivot... most of the water used for farming has a lot of minerals in it and that ain't gonna wash off like dust...
Reactions: skitown
•••
O

In another lifetime I've had experience with center pivot irrigation. The problem of best use of pivot corners always was and still is a concern today. Their use for solar panels is a realistic solution I believe.

As nwdriver pointed out the quality of the water could cause some issues but probably not insurmountable. Systems today operate at much lower pressures reducing drift.

There are some installed near Big Lake Minnesota. Next time we are there I will need to stop and take some pictures.
Reactions: RubberToe, SnowFlyer, democappy and 2 others
•••