Coasting saves more energy than regen most of the time, but very little

Because the charge-discharge process of a battery is not 100% efficient, when going downhill in an electric car, coasting can save more energy than regen. In that case energy is accumulated in the form of kinetic energy, which is used as the car slows down after the slope. However, energy losses to friction increase and could surpass losses to the battery inefficiency when using regen. So there is actually an optimal distance from the end of the slope where to go in neutral. It turns out that this optimal distance is relatively large for ordinary, not-too-steep slopes. For example, for a 6%, regular slope, it's about half a mile.

The color contours in the graph below show, for a Model S, the energy saved for different slope inclinations (left axis) and slope lengths (bottom axis) when the car goes in neutral at the optimal distance (or from the top of the hill when the slope is shorter, left of the red dashed curve). We see that for slopes with a reasonable steepness, not much energy is saved, typically 10-20 Wh. It translates into savings of a fraction of a percent on typical trips, even in hilly regions.

The graph would change for other cars, depending on their mass m and friction force given by F = c v²+k, where the coefficients c and k are different for different car shapes. The red dashed curve in the graph actually corresponds to the mathematical expression for the optimal distance:

where sin(theta) is the slope, v0 is the cruising speed of the vehicle in regen, and epsilon is the battery charge-discharge efficiency, typically 60-65%. A is the ratio of the gravitational force to the friction force at cruising speed v0. The slope has to be such that A>1, otherwise the car would slow down below v0 when going in neutral. We see from this equation that indeed, if the efficiency epsilon was 100%, the optimal distance would be 0, i.e. regen should be applied all along the slope. And if epsilon is 0%, as for an ICE car, then the optimal distance become infinite, i.e. since ICE car cannot recuperate energy, they have to do coasting as much as they can to achieve the longest possible distance after the slope without using their engine.

And all that must be done in full respect of applicable laws and road safety!

P.S. For the little history, I thought of that problem for an exam in my class of Classical Mechanics a couple of years ago. (That's what happens when a physicist owns a Tesla

) But the solution to the problem turned out to be much more complex than anticipated and fortunately for them, the students were never confronted to it. I rather decided to expand it with numerical integration of more complex cases and write a paper! 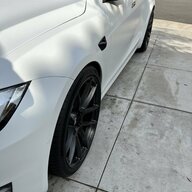 Yes, if you never have to brake
Reactions: ucmndd
•••

lbowroom said:
Yes, if you never have to brake
Click to expand...

Right, this seems impractical for the vast majority of mountainous terrain I drive in the real world. The moment you need to use the friction brakes to maintain a safe speed, you’ve lost.

I agree with the general principle of efficiency though - “coasting” with your right foot by keeping the accelerator right at that neutral place between power and regen will definitely be more efficient than stabbing back and forth unnecessarily, all other things being equal.
Last edited: Oct 23, 2021
Reactions: Seawind300 and lbowroom
•••

Indeed, this is an argument about highway driving assuming there is no obstructions such as other cars, curves, or limits forcing speed reduction along the way, or things such as wind speed, etc. Also, I forgot to mention that the graph is for v0 = 60 mph = 96 km/h.
•••

fsch said:
Indeed, this is an argument about highway driving assuming there is no obstructions such as other cars, curves, or limits forcing speed reduction along the way, or things such as wind speed, etc. Also, I forgot to mention that the graph is for v0 = 60 mph = 96 km/h.
Click to expand...

But at steady state speed at fixed throttle position, there is no regen
•••