Communication Error on my 2.0? 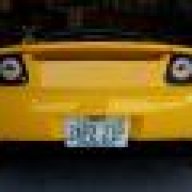 The car wouldn't start this morning. I turned the key and got a "communication error". The touchscreen had dashes where there would normally be data but I could still navigate through the different screens.

I tried to start the car a few more times and at one point the screen reset and I was able to start and drive it with no problems.

I have not removed the hvac console yet, so it wasn't me :tongue:

This typically means there was a communication issue with the VMS, could indicate a loose connection. Ensure both connectors at the VMS are properly pushed in, if they were removed and you reinsert them a click should be felt when their fully inserted. Be careful with the locking clips, they can break quite easily.

I had this same issue as well while charging then stopping the charge in my not so normal way, I believed I just pulled the J1772 plug out instead of gracefully shutting down which the Roadster likes from the VDS screen. After closing the charge port door I was able to key on, roll my drivers side window down, then move the ignition switch to activate or engage to turn live the PEM/motor. I then had a bunch of bonks and bings going on, an error message like yours indicating a communication error occured. Luckaly I had debug on and it let me know it was with the VMS and a comm error was hit. Odd thing was that the Roadster was put into an odd state, dash lights on, VDS up and on. I removed the key and still the dash lights stayed on even though I opened/closed the door and the parking lights were OFF. The aux 12v functions ceased, I no longer could put up my drivers window. Car would not move/activate, was locked out. Kinda felt a little panic'd since this was highly unusual, plus my friggen window was down so anyone could mess with the inside of my car downtown. So then I went out and fiddled with the charge port door a couple of times to see if I could get a reboot of the VMS, but in the process the VDS came down, dashlights turned off, and VDS came back up initializing and back up and running. My next attack would have been removing the VMS connectors and re-securing them back in.

I didn't go back to fiddle with my connections, so I think it was some bug I hit. This happened about 6 months ago and haven't encountered it.

Only odd thing I ran into about two weeks ago was that I initiated a charge at home on 220v/30amps by accident, playing with the timer and such. The Roadster kicked in and started charging, then the parking lights side markers, not the front's and I don't believe the rears although I can't 100% recall turned on. With 5-8 seconds they turned off. So another odd painless bug.

Model S: Battery & Charging Friday at 10:10 AM
Teltic
T
H
Help! software update fails and car does not turn on afterwards, have to do a hard reset. Anyone have any ideas on why this is happening?