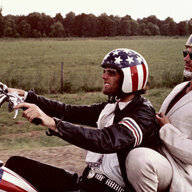 For years, I watched former Ford exec Bob Lutz go on CNBC to trash Tesla. Tesla had nothing, he said, the big boys would eventually crush him and his little upstart EV company. Blah, blah, blah. Here is what Lutz is quoted saying in an article on Teslaratti today:

Veteran automotive executive Bob Lutz recently revealed in a statement to the Financial Times that German luxury automakers Mercedes-Benz and BMW are afraid of Tesla CEO Elon Musk. Lutz’s statements were included in an article awarding Elon Musk with the Financial Times‘ Person of the Year Award.
Click to expand...

Bob Lutz, who has served as executive vice president and board member of Ford, president and then vice chairman and board member of Chrysler, and vice chairman of General Motors, confirmed Musk’s comments. Being one of the dissenting voices against Tesla in the past — at one point even declaring that the EV maker has no tech, software, and battery advantage against its rivals whatsoever — Lutz now states that Musk’s impact in the auto industry has been “unbelievable” and “nothing short of incredible.”
Click to expand...

Lutz isn't the only one to change his tune. One by one, the critics fall as Tesla's sales exponentially increase and profits skyrocket. Wall Street joke Gordon Johnson is about the only one left and he's good exclusively for comic relief these days.

There's a lesson to be learned here that goes back to a famous quote by renowned Hollywood screenwriter Bill Goldman (Chinatown, Butch Cassidy and the Sundance Kid) on how Hollywood works: "Nobody knows anything." They don't. They don't know which movies will click. The establishment didn't know that Steve Jobs deciding people would like having a computer in their pocket would destroy Kodak and a host of other companies. They are just now realizing what Tesla is doing to the legacy auto industry. GM is toast. Toyota is burnt toast. Most of the companies proclaiming they are going all in on EVs as they proudly show off new concepts that will debut in 2024, 2025, 2026, etc won't be around in 2030. They're already too late. Volkswagen has a CEO that sees the handwriting on the wall, but he is being cut off at the knees by a neanderthal ownership that wants the good ole days to continue on as always. VW had a chance, but the people determined to drive forward by looking in the rearview mirror are sinking the odds for that to happen. And only a few understand that making EVs profitably is beyond difficult. They don't get it, they never do.

"First they ignore you. Then the laugh at you. Then they fight you. And then you win." - the foregoing is often attributed to Mahatma Ghandi, holds wisdom even if it's probably apocryphal. We're now in the fight stage transitioning toward winning. Conventional car sales are falling. They blame it on the microchip shortage, part of it to be sure, but not the main reason. What's happening is the Osborne Effect — a social phenomenon of customers canceling or deferring orders for the current, soon-to-be-obsolete product as an unexpected drawback of a company's announcing a future product prematurely. — combined with the compelling advantages of EVs. People see a new option and don't want to buy their smelly, dirty, prone to breakdown too often vehicles any more. They've got a new choice. Try and buy a Tesla Model S/X today and the wait in North America is at least six months, up to a year for other parts of the world. Think you can order a Model Y/3 and have it in your driveway in 2-3 weeks? Think again. Meanwhile, legacy automakers report sales falling off a cliff.

I used to watch CNBC religiously, fretting over inventory levels, candlestick movements in stocks and so forth until one day they had a maverick economist on as a guest who paraphrasing, said something like: "All that stuff is nonsense. What matters is if people have money in their pockets. That's what determines whether an economy does well or not." That was one of those "aha" moments for me. She was right. You can make the best widget in the world, but if not enough have money to buy it you have nothing. All that balderdash they shove at us on the financial channels -- it is complete nonsense. People attempting to tell you the future when "Nobody knows anything."

Elon Musk is socially awkward. His offbeat sense of humor often gets him in trouble when people misunderstand his sarcasm and playfulness. He is intensely competitive and driven. He makes the stuffed shirt crowd crazy with his off the wall attitude. "He doesn't play by our rules!" Elon Musk is also a genius. He's brilliant, visionary, and for a billionaire many times over amazingly compassionate toward people and his species. He is also inspiring. Look at the tens of thousands of people Musk convinced to work themselves down to bloody knuckles to make an impossible dream a reality.

The history of disruptions teaches us this: 1) Legacy companies, accustomed to the established order, are blind to a new disruptive force; not only do they not want to see it, they can't. 2) Legacy companies will delay, hedge and look for any excuse to continue on with a business model, now obsolete, that no longer works; 3) Even after the handwriting on the wall is clear, they will comfort themselves by proclaiming that the new technology will take 20-40 years to implement, "We have time to adjust." No, they don't; disruptions occur and are done in 10-15 years, if anything the pace is speeding up. 4) When the dust clears, the disruptors, almost always outsiders, will have the lion's share of the sector. A few legacy companies will hold on, but are foreordained to be minor players from then on.

If we prevent modern civilization from collapsing (look around, the old order is breaking down everywhere), it will be because we're able to live our comfortable lives without destroying the livability of our planet. Transitioning to EVs and renewable power, along with new ways to feed ourselves and that's the next big disruption, will make it possible. When history is written, Elon Musk will go down as one of the most important figures in history, bad jokes and all.

And I get to drive one of the wonderful cars he makes! (Well, as soon as my new MX arrives, but that's another story).
Reactions: Beasts, hcdavis3 and UncleCreepy
••• 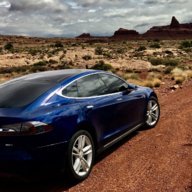 Great post. It is amazing to see the Lutz pivot (triple Lutz - because he said some positive things about Elon in revenge of the electric car). Also cool to see the transition in action as Tony Seba predicted.
•••
B

I still remember when the first Honda Civics hit the US market (1970?). It took 20 years for the big 3 to react and admit they did not know the American consumer nearly as well as they thought they did. Not everyone wanted a gas guzzling monster. In the meantime Honda, Toyota, Subaru and Hyundai kept improving their product and listening to their customers. Just for kicks count the number of those cars you can see on the road in a day. I don't claim any special talent but even then I could see the writing on the wall. And American manufacturers are still playing catch up. It seems they're real good at seeing the future, right after someone else shows it to them. Thank you very much Elon for leading the way!
Reactions: jboy210
•••

Tesla/Musk Security - Seems To Be Making More and More Enemies