When using cruise control and auto steer I noticed an annoying tendency when passing cars or cars entering my lane in front of me, for the system to monetarily apply the brakes. Like a brief "tap" on the brake pedal. Almost as if the car thought it needed to slow down, then immediately changed its mind. So I set the following distance to 1 and acceleration warning to OFF. Same behavior. Enabling auto steer seemed to have no effect, in fact, it was more annoying. This even happened when cars entered my lane in front as far ahead as about 4X the following distance setting.

Almost as if the radar spots a car in front, the cameras do too, think its a problem and applies the brakes but the radar decides its OK and overrides the braking.

Has anyone experienced this?

Software version "2019.8.3 da116a6"
Just received an update to version "2019.8.5 3aaa23d" but have yet driven the car. The release notes were the same as the previous update which is what usually happens when Tesla tweaks the code to fix bugs.

Other than this weird behavior, the auto pilot lane change is way smoother than in the old car with gen 1 autopilot hardware.
••• 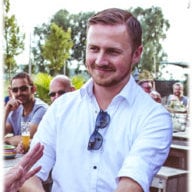 All the time. Super annoying. In many cases I just think AP is too cautious.

I still advocate that EAP needs a "Mad Max" mode where it's less nervous.
Reactions: bsf29 and Silicon Desert
•••
T

I read lots of reports that the newer firmware is worse than the previous. It thinks the cars want to merge and will yield. It happens when the other cars approach the line or have their signal on. Way too timid. Humans don't consistently stay in the center of the lane very well and I think this confuses the computer.
Reactions: Bweiss44
•••
E

It's been normal for awhile.
Set your follow back to 3 for normal driving, the car can make better decisions when it can see more, but it will still false periodically. Just have foot ready to overcome it
••• 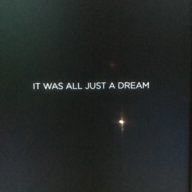 I'm guessing that most folks that drive a Tesla have experienced varying degrees of this behavior at one point or another.

Although I agree it's annoying... the alternative is much worse. (The alternative being the vehicle is more like a "Mad Max" and eventually gets in - or causes - an accident)

I, for one, just cannot fathom the amount of programming that has to go into AP. There are just SO many variables. I have to remind myself that the computer is an absolute, and doesn't have the reasoning that we, as humans, have. I, for instance, can observe a car in an adjacent lane, and see what kind of driver they may be... are they on the phone? Texting? Drunk, maybe? I make that assessment and vary my own reaction to what they may do accordingly.

The computer does not (as far as I know). It sees only what the vehicle is doing as it relates to it's own path of travel. If is sees the other car drift into it's lane - or appear to drift - then it has to react as if that car was going to continue it's path and react with the appropriate amount of caution. This 'amount of caution' is oftentimes a bit greater than I, as a human, may have used in the same situation.

Again... how the heck do they even BEGIN to program this stuff? I am in awe of 99.9% of what my AP does, and it does it quite well! Yes, I occasionally get the "overprotective parent"-kind of reaction, but overall I just marvel at how wonderful it all is!

One thing I have noticed, is that every update I've gotten, the AP/TACC gets 'wonky' for a couple hundred miles. I assume the system is re-calibrating? After the initial wonkieness, it smooths out and resumes it's quest to make my jaw drop.
Reactions: Bweiss44
•••
R

Thanks for all the comments so far. Especially Brian's ReX on the computer code necessary to make any of this work. I truly appreciate what's required. I also leave my travel distance set at 3 and only set it to 1 to see if it affected the false positive occurrences.

However, I did drive a 2016 Model S for 3 years with the previous version of AP hardware and it NEVER behaved the way the new one does. So my frame of reference is my previous Model S that maybe once or twice in 3 years reacted to a false positive and braked for a car clearly not in my lane or anywhere near it. In all these instances there was a curve in the road where my car would have been able to "see" the other car in an adjacent lane. My recent trip was on two interstates that are virtually devoid of curves and the false positives were on straight stretches of highway. I even documented about 6 of these occurrences using the dash cam in case Tesla can use the video and vehicle logs for troubleshooting.

I have reported this to Tesla Support and will report here, when I hear from them.
•••

I truly hope you hear from Tesla. It would be interesting to see if they used your dash cam footage! I have yet to do that, so maybe that'd help them figure out how to minimize this.

I have tried all settings on following distance, and haven't seen any correlation between the setting and how the car reacts... but since every instance is different, it's difficult to tell.

One loaner I got had AP1, and although it certainly didn't seem to overreact to things, it was a far cry from my current version in that it didn't handle curves well, and got much too close (for my comfort, to be sure) to cars in adjacent lanes. I don't remember exactly all the issues I noted as different, but let's just say I was glad to be back in my own AP2.5 car - even with the false-positives.

You're doing the right thing by sharing data with Tesla... as do I (sans dash cam footage), and I'm hopeful Tesla keeps improving for all of us!
•••
P

I have the exact same problem since early February this year after some updates.
Before it did not have this behavior. It was much smoother.
Now it's just annoying.
I have contacted Tesla about this several times and am still waiting for an update to solve this issue.
Will let you know if it changes.
•••
R

Same here. Recent updates seem to have dramatically increased the incidence of phantom braking. Quite annoying.
••• 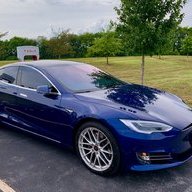 I have noticed in the center pod that cars in the other lane can momentarily be shown as being in my lane, and then quickly return to the adjacent lane.

The car seeing this moving around of adjacent cars may be the cause of the momentary taping of the brakes, because it makes it seem that the car in the next lane is coming in your lane ?
•••
B

While the phantom braking is annoying, it's also understandable.

Evidently they encountered some situations when the software should have applied the brakes and didn't - so they are being conservative and may have overreacted, at least temporarily increasing the phantom braking.

A major cause of the phantom braking is the new auto-speed change software - aggravated by the poor quality of the speed limit data stored in each vehicle. When Tesla turns on speed sign recognition, this should get better, though it's hard to explain why Tesla isn't updating the speed limit data more frequently to improve the accuracy.

The phantom slow downs are annoying, and I'm having to take over more often right now to maintain the desired speed.

And I'm fine with that in the short term, if that means the software will slow down when it encounters a real need to do so - and I expect this will improve over time, just like they've done with lane keeping.
•••

Is this not a thing? I actually don't know... but I do watch the speed limit sign in my dash, and every time I pass a speed limit sign, the graphics in the screen slightly 'pulse' (can't think of another way to describe it), then changes to the speed posted on the sign that I just passed. I had assumed that it was actually reading the sign, and adjusting accordingly?
•••
B

When Tesla dropped Mobileye for AP2, they replaced the Mobileye software with Tesla Vision and had to reimplement object recognition - which took a lot longer than Tesla (Musk) expected, and it appears AP2.x+ vehicles are still only using the onboard speed limit database to determine speed limit, and that Tesla Vision is not yet reading the speed limit signs.

However, there are also many cases where that database continues to be wrong, with missing or incorrect data (either too high or too low), especially in areas with recent construction (where the speed limit and/or road/lane locations have changed).

Musk has indicated stop sign and traffic light recognition is coming soon - so that should also mean we'll be getting speed limit sign recognition, which will hopefully eliminate the problems caused with the current poor data.
•••
R

My car is 4 weeks old and uses the Tesla vision system. The speed limit sign recognition works flawlessly. My issue is the random braking when using cruise control - not a function of auto steer.

One of the Tesla support discussion threads indicates that 2019.8.5 solved the problem. I have not yet had a chance to get on a highway and test it. Stay tuned. So far no meaningful response from Tesla other than "....power cycle the car and restart the main screen...." not helpful and trying my patience.
•••
R

I had the opportunity to check the car with 2019.8.5 software and am happy to report that the cruise control now works as smoothly as it did on my older 2016 Model S with 2018 vintage software. It no longer "taps the brake" in response to cars passing, or being passed, in adjacent lanes.

I also tried Navigate on Autopilot (set to require confirmation, not action) on a fairly busy section of I-95 with 4 lanes and was pleasantly surprised. The car requests lanes changes to pass slower cars and then returns from the passing lane and successfully identified and navigated through two exits. The exits were identified at least one mile in advance. I'm not sure I would use this feature on a regular basis, but it was surprising as to how safely and smoothly it functioned.
•••