damn you sentry mode, you have failed me

I got a model Y with no radar and read about sentry mode not working. I thought mine was working because there were SOME recordings but I always felt like there was something wrong. My sentry mode and dashcam recording were very sparse, there were missing hours and even days, i thought it was normal and due to events being overwritten but when I check the factory usb storage, there was 100gb free left.

Anyways, my 2 weeks old front passenger door got dented today. after shopping at Ikea, i walked back to my car and immediately saw it. I parked next to a brand new Model 3 so I review the footage for the last hour, it wasn't him. I also tried looking through the footage and an hour before that when i parked in another garage but that footage was never saved. It seems like my Tesla has recent footage and it would disappear after I drive away. This doesn't seem right. it should've saved everything since there's so much space.

i noticed that my car had missing days in between that I knew i was driving and dashcam and sentry mode was suppose to be on. is this happening to anyone else? i know people have been reporting that sentry mode isn't working for them on radarless 3/y but mine seem to just have a huge gap recording issue so it's not exactly the same problem. i am pretty pissed right cause i bought a Tesla for having an amazing camera system and now it has failed me. whoever dented my brand new car got away with it.

i have just done a reboot at this point. i also reformatted my drive last week when i felt like something wasn't right. i am currently on version 2021.4.18.3. i also put on advanced software update since day 1.
Last edited: Jun 29, 2021
••• 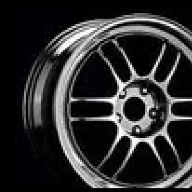 2021.4.18.10 should be coming to you soon. I just got it overnight and it apparently fixed Sentry Mode (among other things).
Reactions: BitJam
•••
H

Sorry to hear about the damage to your car. We have a July of '21 build MYLR without radar. Our sentry doesn't work at all. We are on software version 2021.36. We have footage stuck in our onboard memory from 9-13 when I set off the vehicle alarm. There is no way to clear that footage from the onboard memory. This is the first I've heard that the vision cars have issues with Sentry mode. I guess I won't get Tesla service involved and just wait for them to fix it.
•••
G

Is this working for you now? I have a 2021 Model Y as well, and Sentry Mode is completely unreliable. Sometimes it records, other times not.
Reactions: mohy_23
•••