Dave Made a Maze

I don't generally post in Off Topic, and I'm not that much of a movie buff, but I wanted to post this because this has got to be the weirdest movie I can ever remember. It's not a great movie. It's not a movie I'd tell people they've got to run right out and rent, unless I know that they love weird. The writing is just okay. The acting is okay. But the story is just so totally weird, that's the only word I can think of for it.

It starts out very slow. The title character telling the camera not to make him look foolish or something, a very home-movie kind of shot that very nearly had me turning it off in the first couple of minutes. After that is the actual slow start: Very lovely young woman comes home after a weekend away to find a cardboard fort in the living room, and when she calls out to her boyfriend (husband?) he's inside the fort, saying he can't come out because he's lost, and she should not come inside because it's dangerous.

At this point I again almost turned it off because it seemed so stupid, and I figured this movie is about a mentally ill man, and frankly, that kind of disturbs me because losing my mental faculties is about the scariest thing I can think of. But fortunately I kept watching. The woman calls some friends over, and there's a few more minutes of stupid, but bear with it because...

then the weird starts.

I'm not going to give any spoilers. I wish there were a word that expresses about seven orders of magnitude beyond weird. 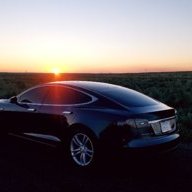 Ok, I just watched the trailer for this....and it seems so bizarre I will have to watch it now. Netflix?
•••

I rented the DVD from Netflix. I don't have NetFlix streaming so I don't know if it's there. (I never saw the trailer. I rented it on a recommendation from another chat board.)
•••

For Free Public Charge Sites; An Idea to Encourage Others to Plug In Your Car