Ok, here are the symptoms.
Drove car yesterday. It was fully charged (90%) when I left. Discharged maybe 20 miles and returned home, plugged car into Tesla Wall Connecter, everything clicked/lit up as normal.

this am, went to car, nothing. Can’t use keycard, can’t use phone. Doors locked (which they actually shouldn’t be because I have auto-lock off at home). Strangely enough, the mirrors are still extended. If auto lock had kicked in, mirrors should have retracted.

looked at app, car was last seen 16 hours ago, right when I parked it. Phone. It showing a Bluetooth connection to car.

Walked around car, front passenger door opened. It now won’t close because the latch mechanism is electric. How did it even open?

I got in, climbed into drivers seat, stepped on brake, tried the two button and two button plus brake resets and nothing. Car is completely dead.

did procedure to get to 12v battery. Used NOCO Boost portal jump starter to open frunk, got to 12v and tested with multimeter. 11.4 volts. That’s full for a 2 year old battery. Tried NOCO Boost anyway and it came back saying battery was full.

I can not remove the charging cable. Wall connecter is on and its light is blue. But the port is locked. So at this point I can’t even tow it.

Out of ideas. Help. 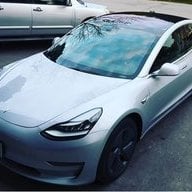 reset it from the under seat junction or try taking the negative off the 12v battery and wait than put the post back on.
J

shrug... sounds like 12v symptoms to me especially since you mention the battery is 2 years old. As for Ideas, either contact tesla for a mobile appointment, or go to your local service center and buy a 12v from tesla for $85 and put it in yourself and see if the issue goes away, if not, then contact them for support.

Those are the only things I can think of, myself.
A

ericem said:
reset it from the under seat junction or try taking the negative off the 12v battery and wait than put the post back on.
Click to expand...

Thanks. What’s “reset it from under seat junction” mean? The high voltage battery? What’s that entail?

ALSO, typo in my original post. There is no active Bluetooth connection showing on my phone Bluetooth settings to the car. 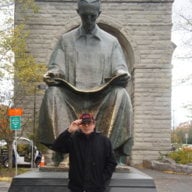 Google replacing model 3 12v battery it will show you where the 12 v connector is under the seat and how to swap battery. DISCONNECT NEGATIVE POST FIRST ALWAYS!. If your wrench is on the positive and it touches any metal you have a real problem in your hand! You have a dead battery. The frunk will only open with outside power if the battery is no good. the outside jump will not work if the battery is at the correct voltage. Measure the battery in another car, it will be much higher than 11.4. 11.4 is dead. New battery is $85 at Tesla or have a ranger install it, you may get it covered under warranty. There are literally hundreds of dead 12v battery posts at 2 years. I proactively replaced mine at 3 years. 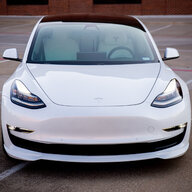 Don't worry about disconnecting the HV battery connector under the seat. Since the car is dead, it's already disconnected.
Just replace the 12v battery. If you need a temporary solution, then use a third party 12v charger to charge the battery up a bit. At least over 12v. Once the voltage drops below 12v, the car tends to shut off certain components of the car.

What happens if you disable HV + 12V battery and close everything?

B
Locked Out vía Everything [resolved - 12v battery]