Delayed delivery in BC... 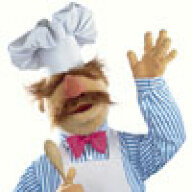 First time buyer here, have been getting pretty frustrated with the process here in BC lately.
We ordered a base white Model 3 on April 10 and arranged to pick it up at Richmond after we were told there was no way to have it shipped to Kelowna (person on the phone said it "was against the law?") We had assumed it could be delivered as we knew Teslas were delivered to Winnipeg all the time, and there are WAY more Teslas in Kelowna.
We originally planned on flying in from Kelowna, picking up the car and driving home, hence the Richmond (by YVR) pickup.
We got our first notice that car was ready to pick up on May 28, so we contacted Tesla and were told that, despite the intraprovincial travel restrictions, that "Motor vehicle purchase is one of the exceptions for the travel restriction". We contacted the BC government and were assured that there was no such exemption, so we lost that vehicle as we could not get there to pick it up. Fortunately, we did not try to drive down on that recommendation and face a fine.
Then we received a second notification last Wednesday, estimated delivery June 17 – 23 and we decided we would drive down, so we booked a hotel and a rental car to drive down for the 23rd when our pick up appointment was to happen.
Yesterday, we received a message saying "We received the vehicle matching your order here at our delivery centre. During final inspections we noticed that the vehicle did not fall within Tesla's quality standards. In order to deliver the car to you in the best condition we will need to delay your delivery appointment until further notice."
We contacted them and were told there was "cosmetic damage" but no details.
We have never seen a VIN on our account all we have is a "Reservation Confirmation Number", and it shows June 29th as our new delivery appointment, though we are told that "The appointment on the 29th is just a placeholder so we can get you a Tesla as soon as possible"
We also are continuously getting emails saying "Final Balance is now ready. Submit your payment prior to delivery." even while we are told that we just need to bring a bank draft with us when we come to pick up, and not to worry about those emails.
We don't ever seem to get any clear answers, and it is made more difficult because we are having to travel and make arrangements with very little notice in order to go pick up this car.
Is this "normal"? Anyone have any insights?
Would we be any better off by using a different location (Surrey or Vancouver?) as we are not flying in any more?

I was hoping to get responses by now, so you may as well delete these posts now.
I will repost a revised version later.

No point I guess. I assumed when I added the second post that the mod would see it when the posts were approved.
I posted Monday AM, looking for responses while I waited to hear back from Tesla, but the post was not approved until this morning.

In any case, received word late yesterday that we have another pickup appointment for the 27th,
At this point, I will believe it when we arrive in Richmond and there is a car waiting for us.
I still am interested to know if this is "par for the course"...

Also - still do not see a VIN on our account. Should there be one there?
M

Microfiche said:
Also - still do not see a VIN on our account. Should there be one there?
Click to expand...

Have you checked the source code? 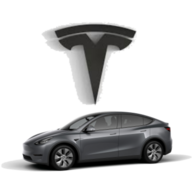 @Microfiche yes this must be very frustrating when you have to travel to get to the pick-up. Sorry you're facing so much frustration.

Given that you are planning to drive in, the Surrey/Langley location is probably closest to the Okanagan and might be better. We did our pick up there (though we are locals) and the experience was pretty good. I can't speak for the other locations. However, I think if you were not to ask for a different location, and given that your currently-assigned vehicle sounds like it's already in Richmond, you would probably lose out on that one and go back into the queue for a vehicle headed to Surrey. Probably not what you're wanting at this point?

Regarding payment: yes, ignore the message and just bring a bank draft. That's what we were told by our sales guy (we ordered in person at the W. 4th location in Vancouver), and it worked fine for us when we picked up at the beginning of May.

Unfortunately, continually changing dates is a "normal" experience with Tesla. Hopefully your pick up goes through as scheduled and all ends well. Please keep us posted.
Reactions: Microfiche

Yay - a VIN finally appeared. Maybe we are getting closer to having a vehicle!
Reactions: Vawlkus, jjgg and srlawren
J

Microfiche said:
Yay - a VIN finally appeared. Maybe we are getting closer to having a vehicle!
Click to expand...

Congrats! I hope you get it soon.

I also had my delivery at Surrey location like @srlawren . The interesting scheduling "practice" they used on me was to directly shoot a SMS message to me with a dictated delivery date and time, and gave me only an option to reply OK to accept it. The time wasn't quite optimal but still workable if I got friends to cover school pick up for me, so I accepted it to avoid additional drama. And after that everything went on smoothly. Meanwhile they did give me an email and asking for bank draft as payment.
Reactions: defsam, srlawren and Microfiche

Experiences at the Surrey/Langley BC location? Pick up and/or servicing?

T
Our third Tesla and it seems customer service has gotten worse!?!?