I’ve seen many people post about changing their orders up and going from a long range to a performance after waiting for three months and then taking delivery almost immediately or within a couple of weeks.

I am located in the Midwest, Kansas, to be specific. From what Tesla has told me this is not a high demand market area and does not get as many shipments which is news to me. When I ordered my car on July 2, it is a fully loaded model Y performance and had an estimated delivery date of August 8-24. Fast forward and that date kept getting pushed back all the way to September 29 to September 30 when we were only a day out and there was still no Vin or car anywhere to be located.

I was told there should be no way that I won’t take delivery by the end of September which is why I did the preapproval for financing on September 1 and has a 60 day counter ticking. Calling Tesla I evidently spoke to one of the managers on the East Coast who said he found a car just like I wanted and was holding it for me. Only to find out he missed the fact that it does not have a trailer hitch on it which my understanding is there are certain differences as far as the hook ups not being included and I want it to be coming from the factory that way and also not be someone else’s car they rejected.

my manager locally has put in an escalation on this and has not heard feedback from Tesla on that yet and we are under 30 days. I bought thousands of dollars in accessories already for this car that I was told multiple times I would have no later than and I would be lying if I wasn’t saying my anxiety is going up given I’ve already done the preapproval and I’m not going to do it a second time. Four months to take delivery of a car is pushing the limits and furthermore, they changed the configuration on my car to something different than I originally ordered and had to change it back and now it is saying November 14 to December 14 for delivery. Can anyone give me any perspective if you’ve had a similar experience as I am about ready to go a different route with things?

I keep hearing how wonderful and great these cars are and I have done the test drive to a limited degree, but the customer service is utterly lacking and this is definitely nagging me on a ownership side as far as concerns of needing support and not ever being able to get it given the sales process has been utterly awful and that’s being nice. My current car is not a lease as I have bought it and the only real issue would be offloading the accessories and potentially waiting for a competitor of Tesla and going with them such as rivian. But the Y fits the bill. I just don’t understand why/how a manager would change my car to a different configuration and tell me it’s the same. It’s almost like they do not pay attention to the details and that is a big issue if that’s the case. Sorry for the long post, and thanks in advance.
C

Interested in an update, when did you finally get it and are you happy with it.
I ordered a basic MY two days ago, really having second thoughts due to a variety of things. Quoted 10/22 delivery at order, next day I logged into my account and said delivery 3/9-4/06, but somehow I doubt this.
G

Cookie71 said:
Interested in an update, when did you finally get it and are you happy with it.
I ordered a basic MY two days ago, really having second thoughts due to a variety of things. Quoted 10/22 delivery at order, next day I logged into my account and said delivery 3/9-4/06, but somehow I doubt this.
Click to expand...

I also ordered a basic MY on 11/27/21 and my account indicates a delivery of 10/22. Maybe this week when everyone gets back to work I'll receive an email indicating a different delivery date. I don't think it will be that late possibly earlier, I'm thinking. One good thing is I won't have to juggle an end of this year delivery as so many are trying to accomplish. 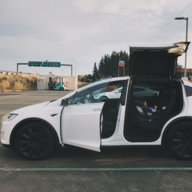 What is the configuration change? You should have your original purchase documentation that should reflect the price and config of your car.

Y
Can I delay delivery for 6 month or longer?

B
VIN received. Trying to delay.

Model Y Monday at 8:27 AM
janjablonski