Well I found a stock subwoofer that I was thinking if I could modify it for a 10" woofer or put a different 8" one in. It's 1 ohm which i could have sworn someone said speakers were 2 ohm. Here are the pics. The box is bigger than I thought. I fit 22 liters in there so about 0.78 cubic feet. 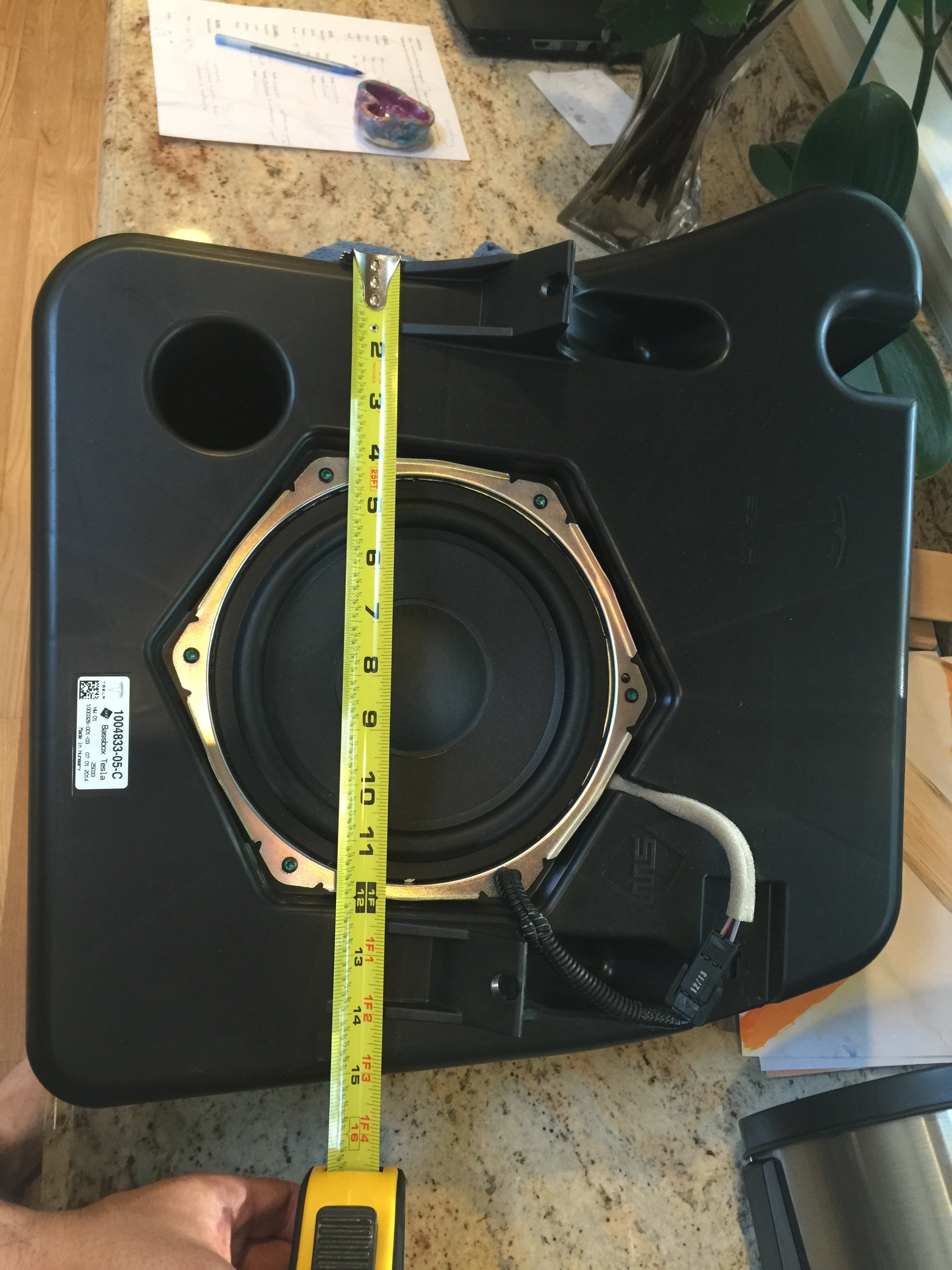 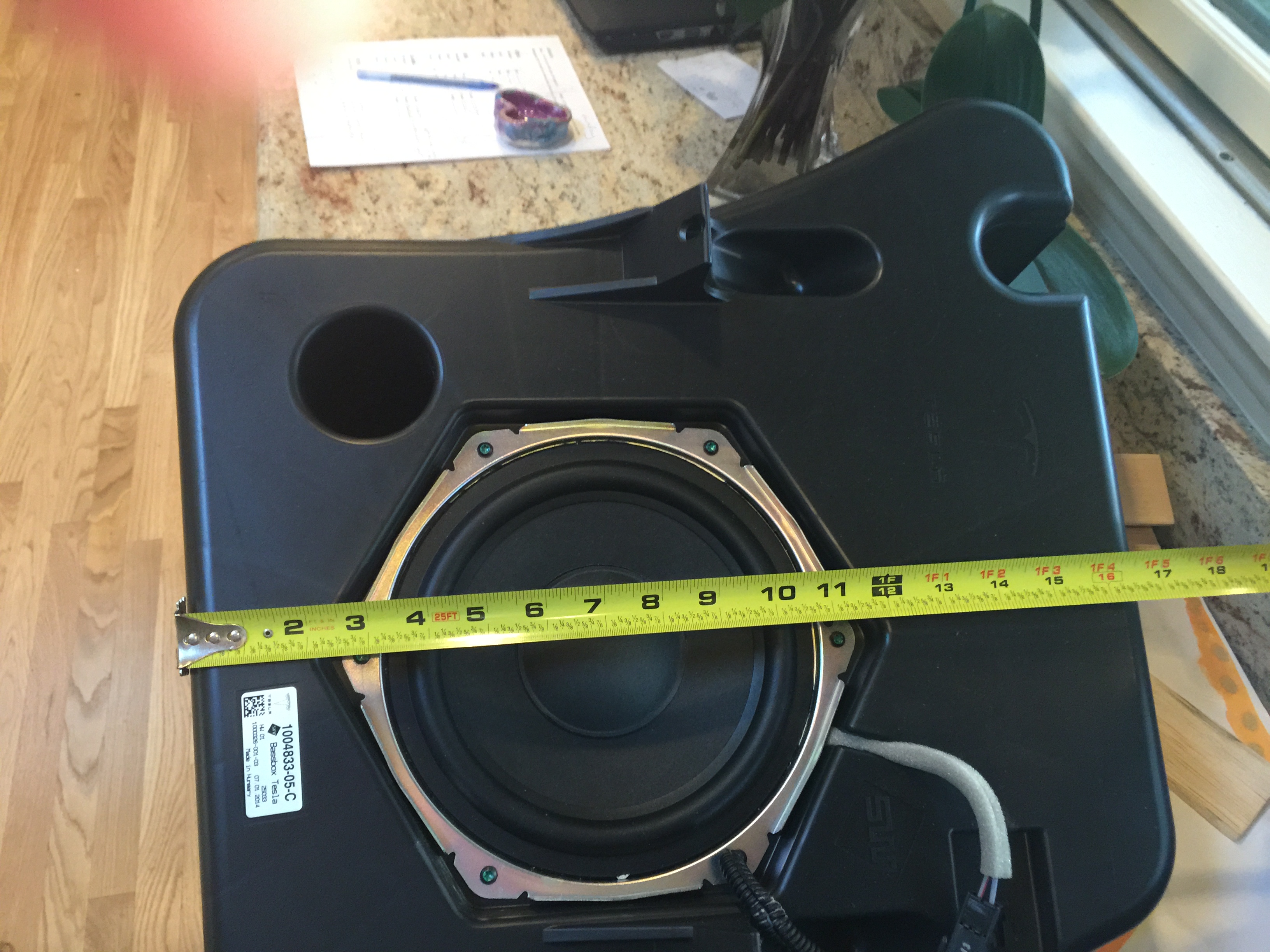 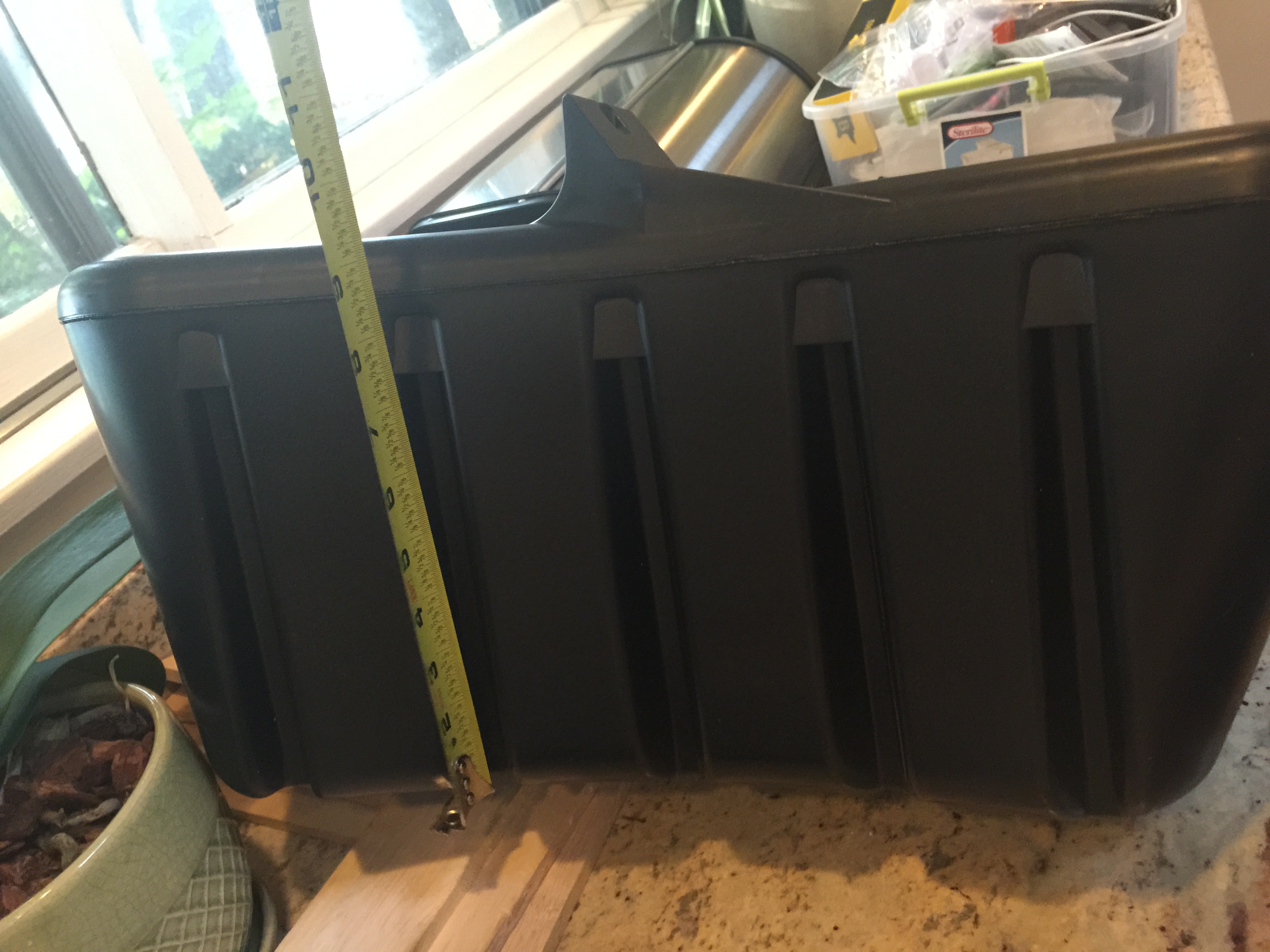 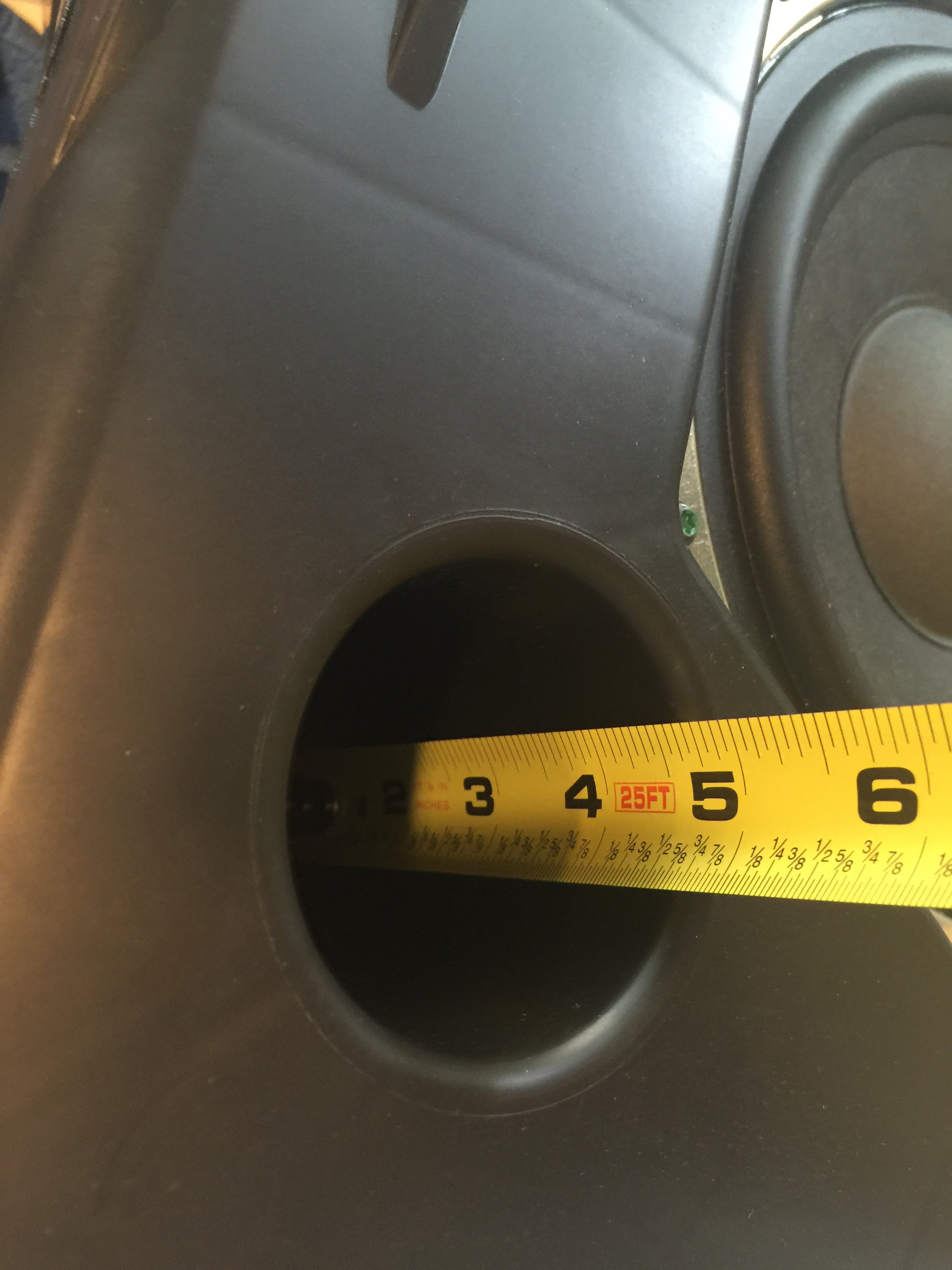 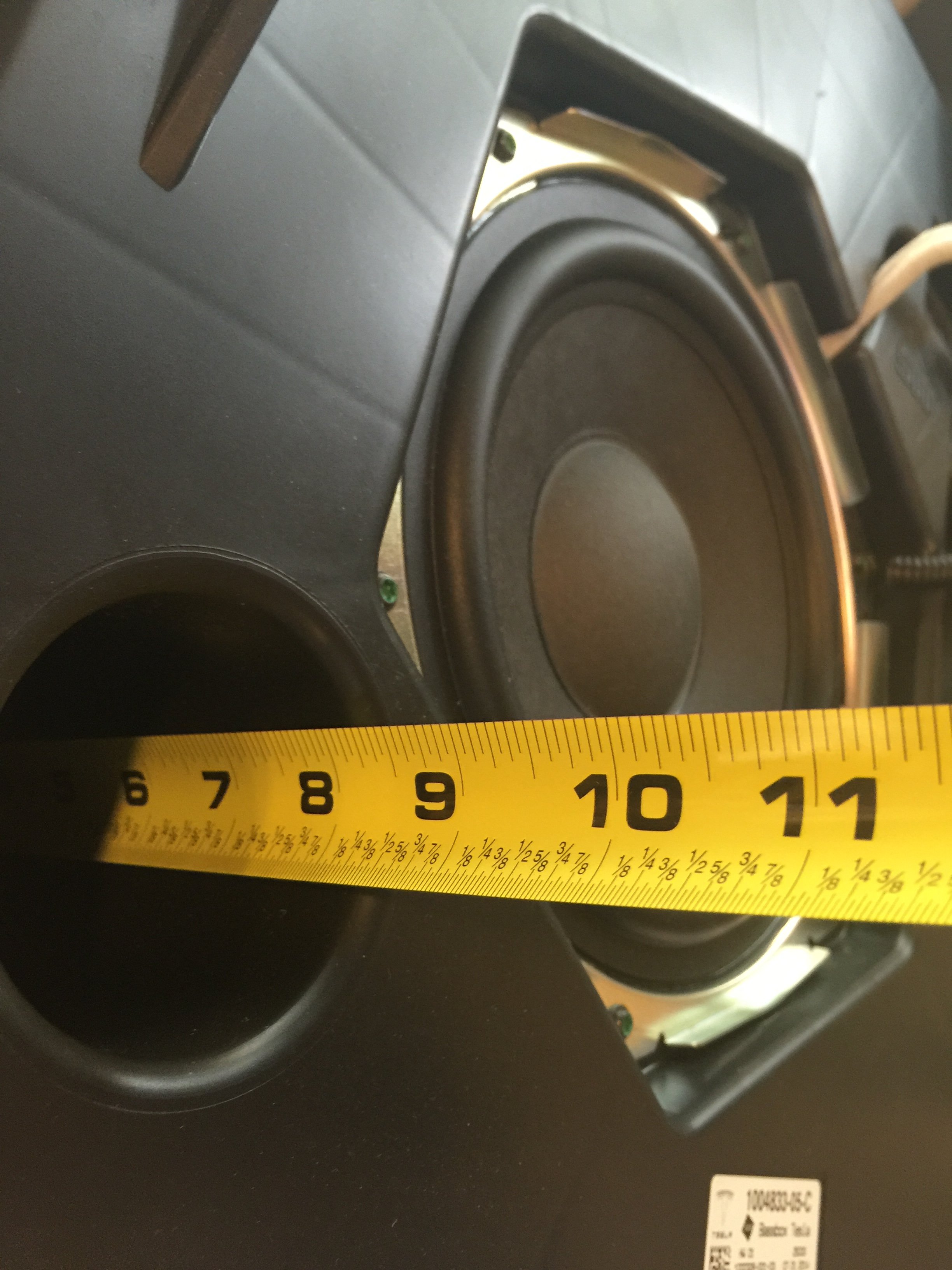 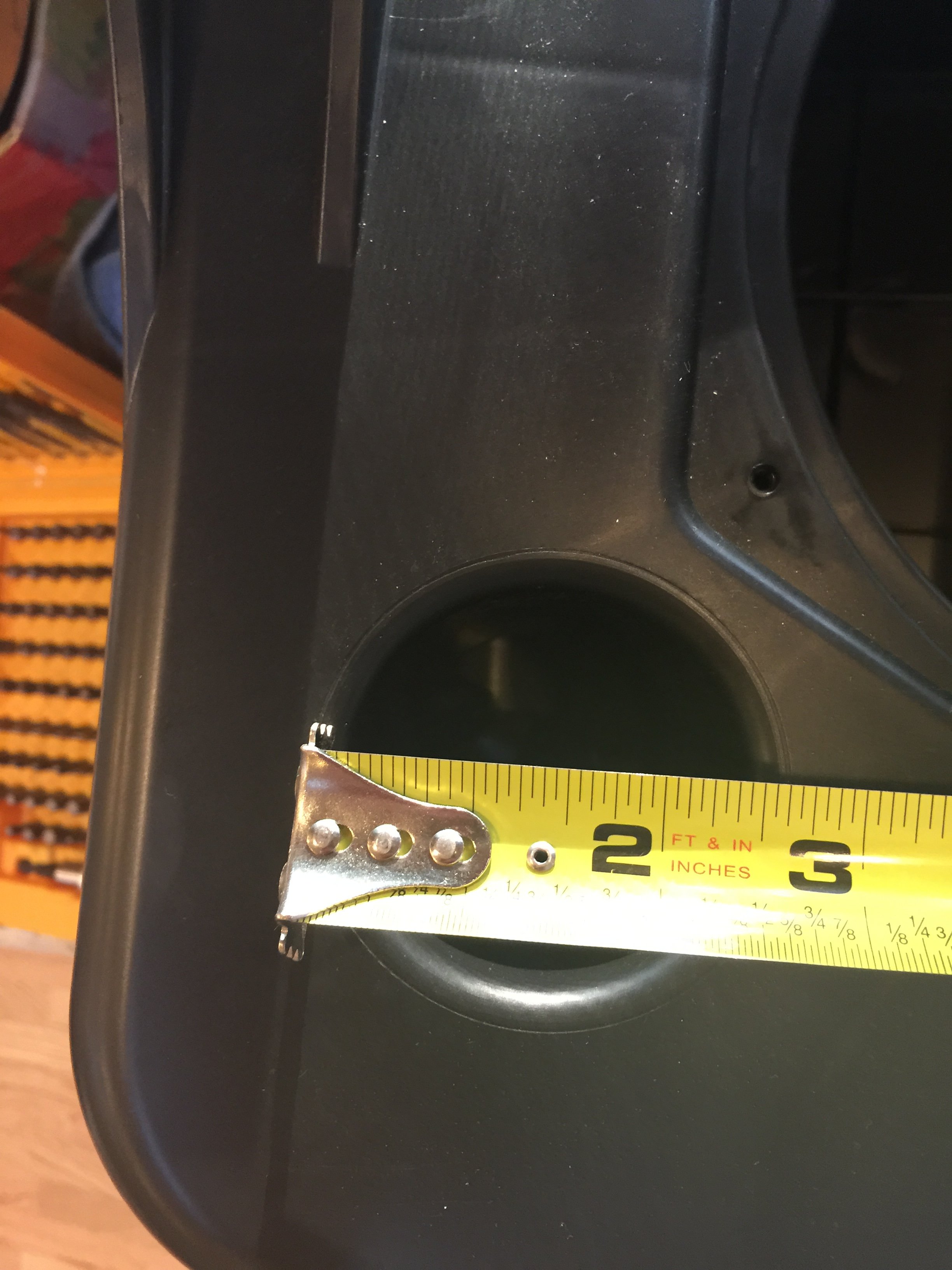 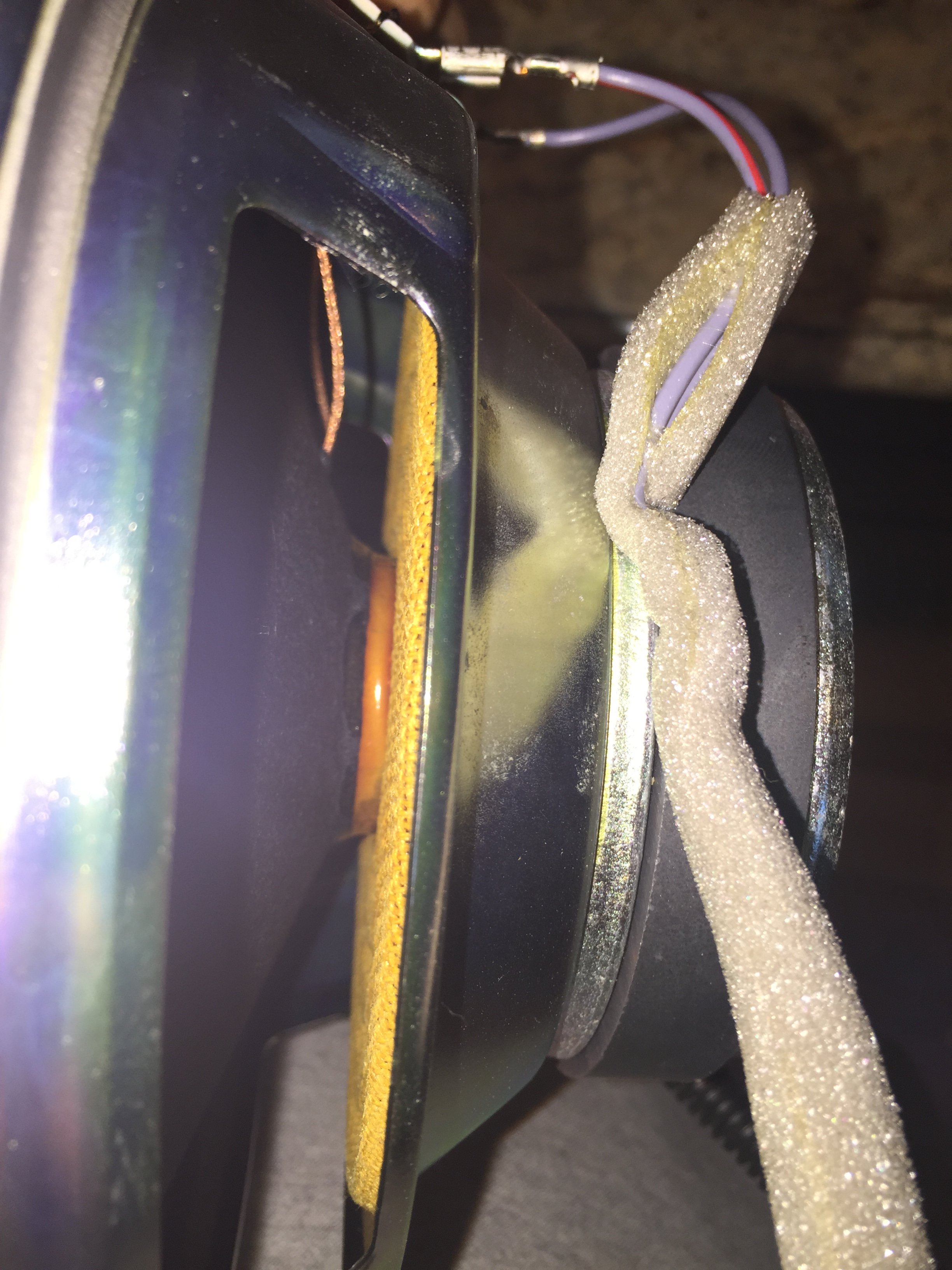 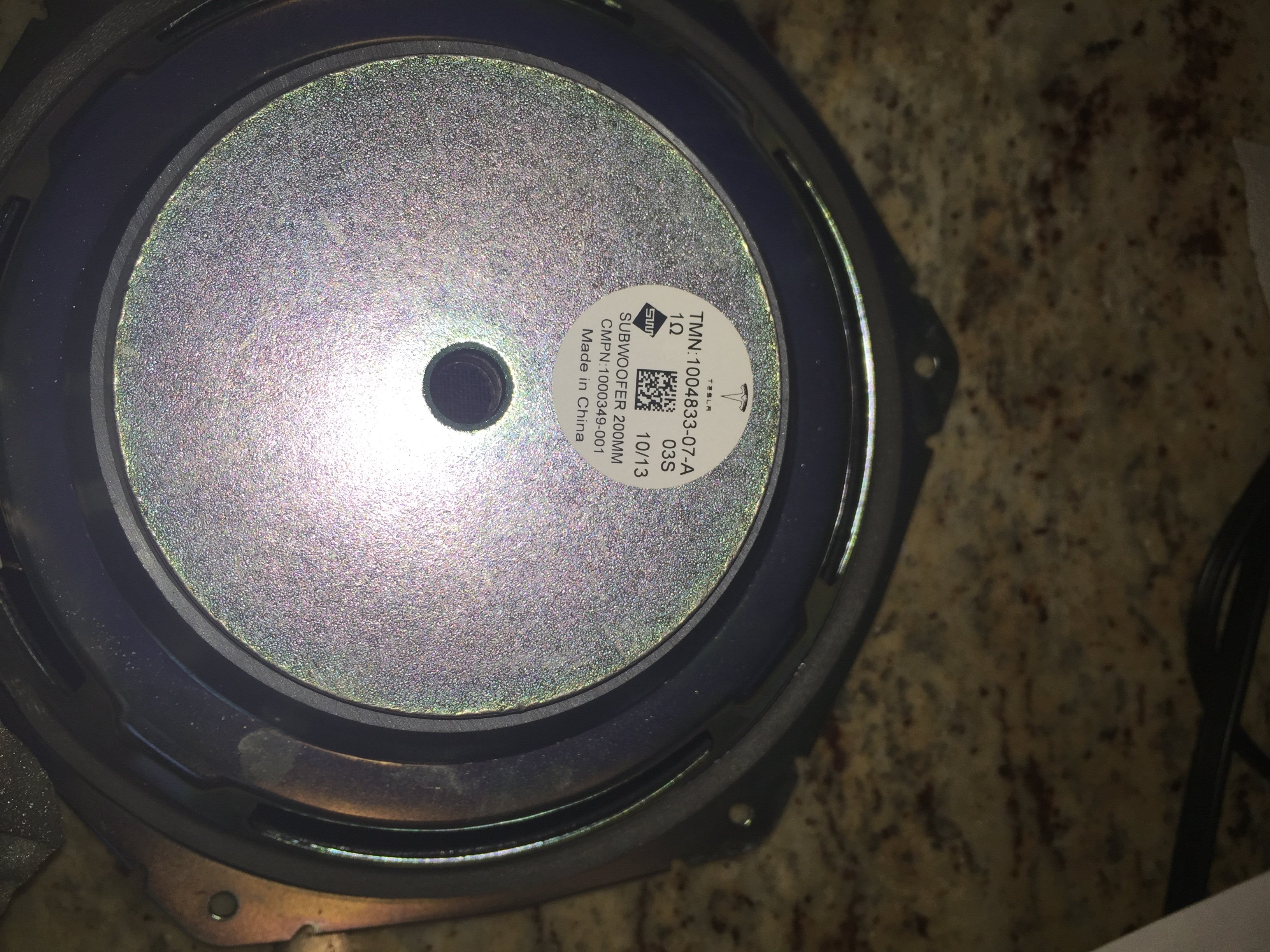 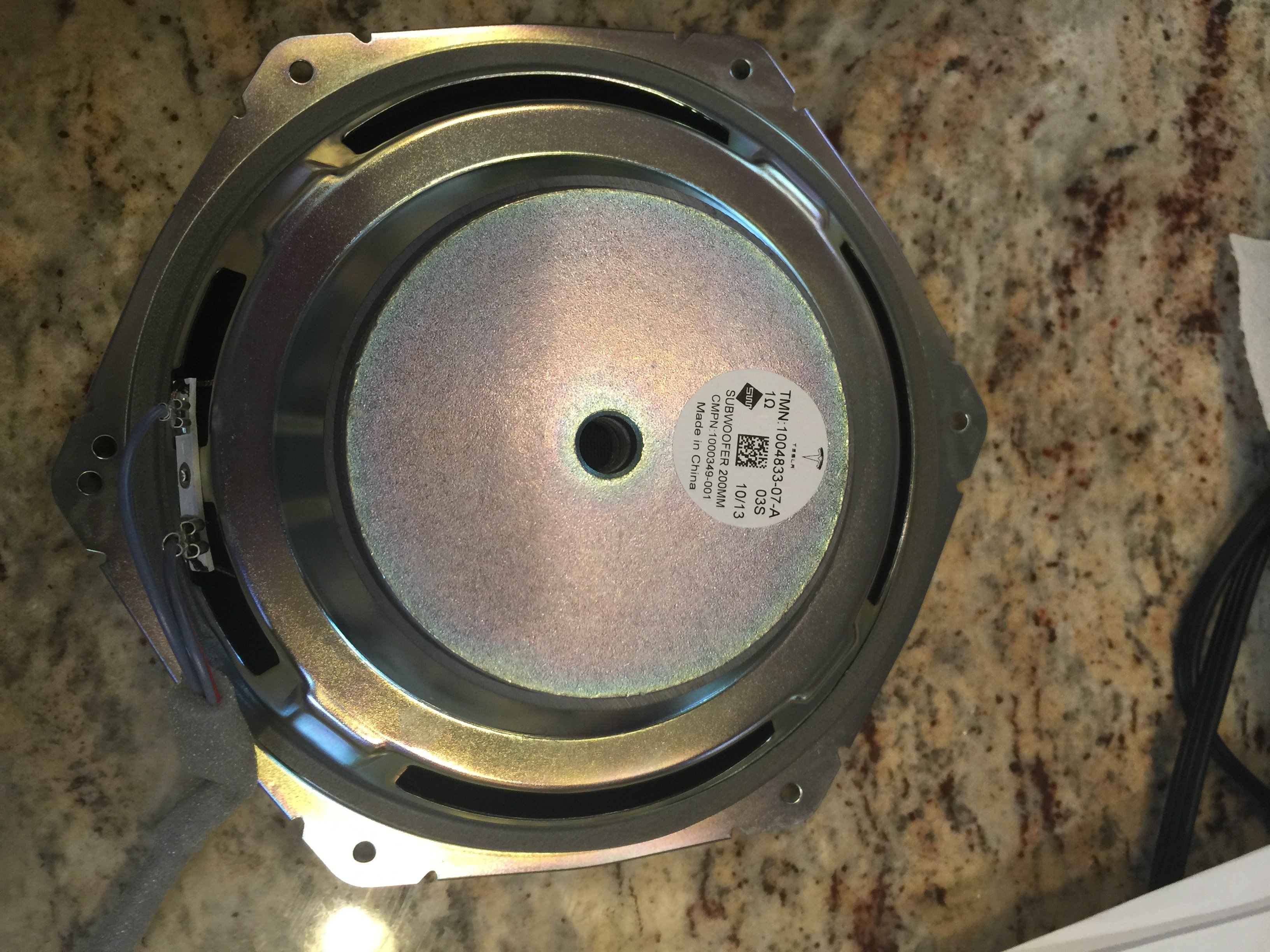 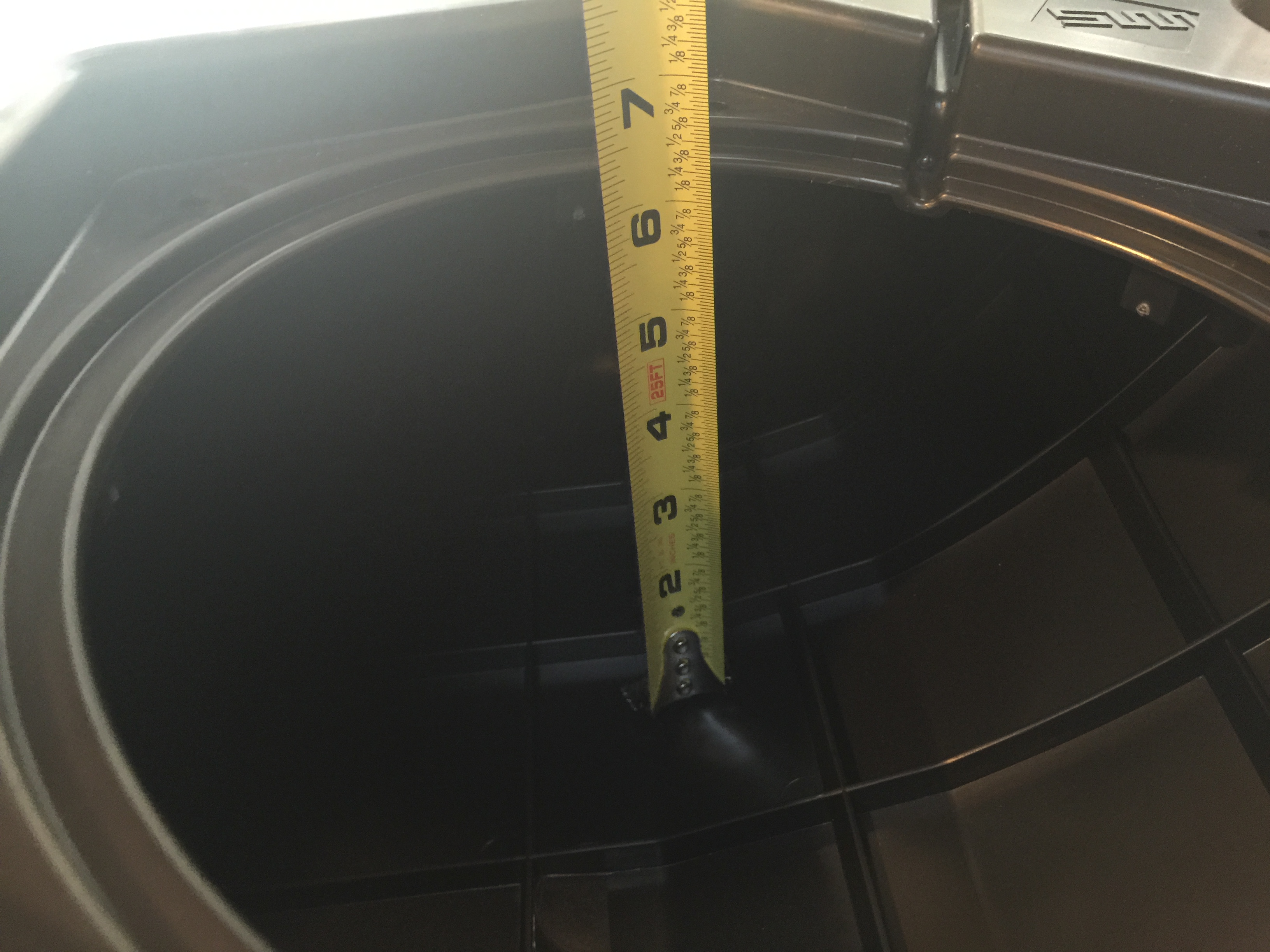 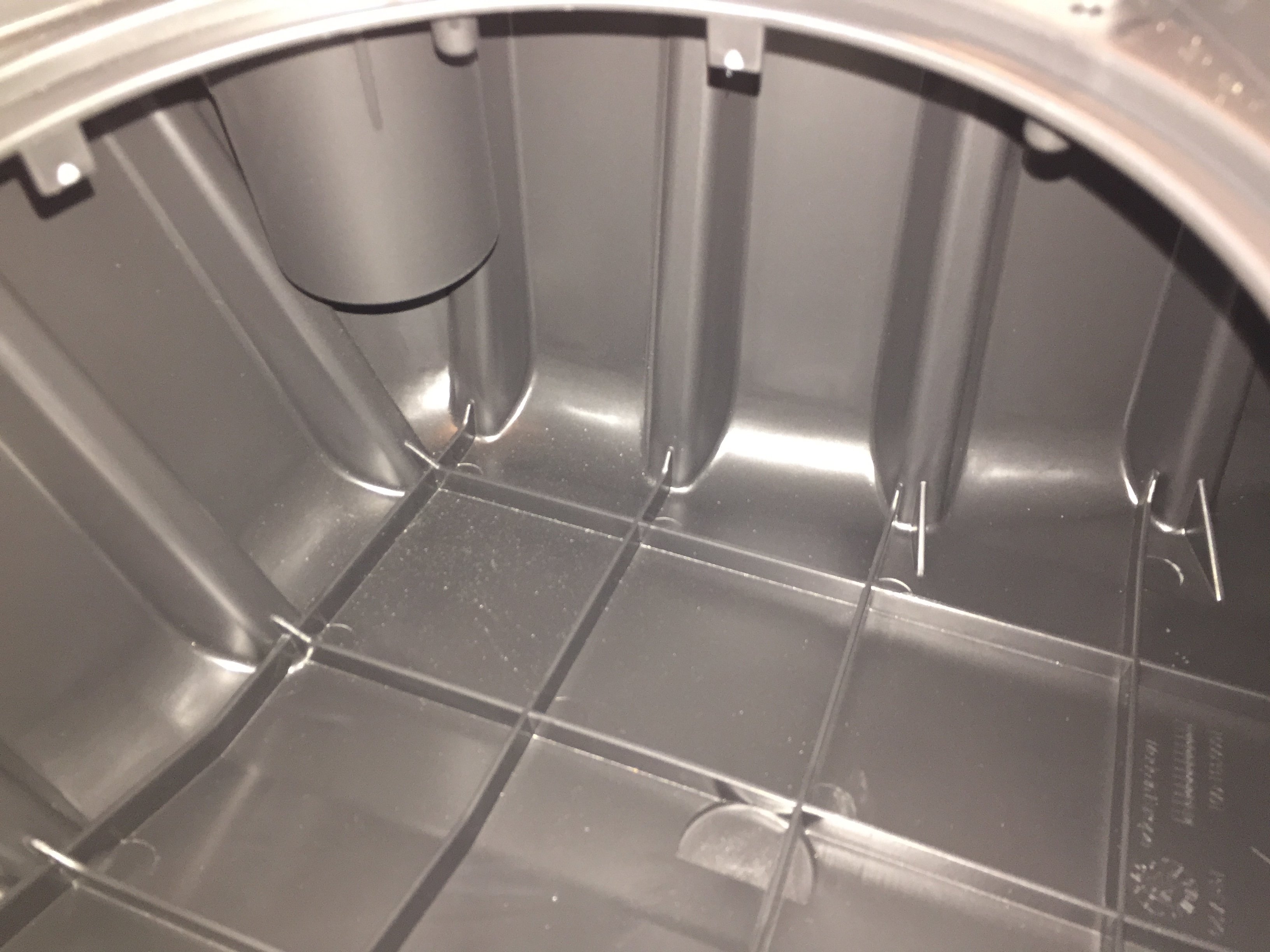 Thanks for the info. What are you thinking of replacing it with? And will the stock HiFi amp be enough to push anything bigger than the 8"?
•••
F

I dont know yet. I'm still looking at it. I'm not that great at audio to blurt out something right away. I'm talking with a few friends that used to be audio installers for assistance of anyone on here that may know a thing or two about audio. One suggested this:
http://www.kicker.com/40CWR82 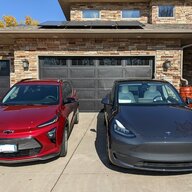 Fezzik said:
I dont know yet. I'm still looking at it. I'm not that great at audio to blurt out something right away. I'm talking with a few friends that used to be audio installers for assistance of anyone on here that may know a thing or two about audio. One suggested this:
http://www.kicker.com/40CWR82

I was looking at modding to make a 10". I may close the port hole off too.
Click to expand...

You'll need to know the volume of the box before you choose a new woofer. Then you can use Theile-Small Parameter calculations to choose the best option. Most likely you'll need to modify or purchase a new port. If you decide to get rid of the port, you'll have a hard time adding a larger woofer. The port allows for a smaller overall volume, and generally the larger the woofer, the greater the volume needed.

EDIT: To be clear I was saying that the port allows for a smaller volume if the box is tuned for the lowest possible frequency extension.
Last edited: Aug 14, 2015
•••
F

Great thread! I've been thinking about modifying the stock sub box myself. 0.78 cf is not that small, the sub should sound better than it does. One thing that struck me is they went with a ported box. At least in my experience, small boxes work better sealed than ported.

The Kicker sub in the link above seems OK for the box. Ideally you want a very efficient driver as the amp is small.

.78cf is going to be difficult to work with, as it's a bit small for a ported box and a bit large for sealed one (if concerned about low frequency response).

Woofers that give you a range of operation are there for marketing purposes, it doesn't really tell you how the woofer will perform. That said, I don't know how concerned you are about this...most vehicle subwoofers will "work," and it's not as though vehicles offer a particularly good acoustic environment anyway.
•••
F

I'm willing to give it a try, but i'm open to suggestions? My friend wanted me to close off the port hole.
zwede, can you tell me how the one you linked is better than the other in your opinion?

That one is a single coil 2 ohm. Since the stock one is 1 ohm that means you're losing 3 db just in impedence. Or think of it this way: To get 3db you need twice the power. If you go with the one I linked to it will act like it has twice the amp, even with the same factory amp driving it.

BTW, it does look like you will have to modify the driver mounting flange to mount it in the factory box. Factory uses 6 screws and an octagonal outline. Kicker has 8 screws and is round. I think you can trim the flange of the kicker to make it octagonal and just drill new holes. A dremel will come in handy.
•••

Fezzik said:
I'm willing to give it a try, but i'm open to suggestions? My friend wanted me to close off the port hole.
zwede, can you tell me how the one you linked is better than the other in your opinion?

Which I think is the one you were looking at zwede.
Click to expand...

Sealing the box will certainly make it easier to work with, but at the cost of low end response. Typically, you can expect a loss of ~20Hz in a sealed box, over a ported.

I agree with zwede you should definitely wire to 1 ohm, but unfortunately that limits your choices. It was an odd decision to go with a single 8" @ 1 ohm.

How did you arrive at the internal volume of the box? I tried to use some of the measurements you gave, but looking at the pictures it's difficult to account for the incursion of the ridges on the side of the box, and displacement that allows flush mounting of the woofer.

I only ask because there is an Alpine subwoofer I'd consider recommending, but it's highly dependent on the volume.
•••

It would probably be worth it to make a removable lid for the port and try it with and without. It may sound better with the port open. I doubt it will but I've been wrong plenty of times.

Does anyone have a guide on how to remove the factory sub? What all has to come out? Hidden screws?
•••
G

I don't understand what you're doing or your measurements!

22 1 liter bottles of volume itself would be about 22 cubic feet no? Assuming, wrongly, that 1 cu foot would look like about 1 liter?
•••

Btw, google has a nice conversion engine. Just search for "22 liter in cubic feet" and the google calculator gives the answer.
•••
F

I got 22 liters by actually filling it up with water. I have a blendtech that has a 1 liter mark on it that was easy to read. I did one fine tune measurement to make sure it was correct and filled the whole thing up with water. until it started pouring out. Now this couldnt quite get some of the overhead from where the speakerframe was at so I was saying approximately.
•••

Fezzik said:
I got 22 liters by actually filling it up with water. I have a blendtech that has a 1 liter mark on it that was easy to read. I did one fine tune measurement to make sure it was correct and filled the whole thing up with water. until it started pouring out. Now this couldnt quite get some of the overhead from where the speakerframe was at so I was saying approximately.
Click to expand...

That's actually how I thought you probably did it, which is probably the best way to do so. So, with that, I have another consideration:

This Alpine is probably a better subwoofer than the Kicker, but not necessarily in your application. I ran some numbers through two box building programs and came out with an enclosed F3 (so lowest usable frequency) of 53Hz for the Kicker, and 57Hz for the Alpine. So, if you seal that box the Kicker will go slightly lower than the Alpine, but I can't say which one would compliment the overall system better. I believe the Alpine will most likely be more "musical."

A problem I ran into is that Kicker doesn't release all the Specs necessary to fine-tune a box, so that 53Hz was arrived at with limited information. Alpine releases all the information on the woofer, so I'm pretty confident in the 57Hz.

As to trying to make a vented design, it would be difficult. Both the diameter of of the port and the length would have to be modified...and with the box configuration it is basically impossible to have a port long enough. I believe the suggested smallest matched size was 3.2" x 25.25"...which obviously wouldn't work.
•••

Yeah, would be nice to know the actual wattage of the amp. I had to pass on a bunch of other subs due to low sensitivity. The reason I even mention the Alpine is that it should be more musical...the Kicker has been noted for being a bit "boomy" and using it in the larger enclosure would exacerbate this. This is where personal taste, and musical preference comes into play.
•••
F

I'm thinking of going with the 40cwd82 as its a comp D and I can wire 1ohm with one speaker. Leave the port open at first to just see how it sounds.
•••

I went with this speaker - Rockford Fosgate® - T1S1-10 Just got it tonight. Exploring about six different options now that my light harmonic 1200 watt amp is installed. BTW here are the specs for the stock UHFS Tesla system:

A 'daughterboard' as part of the Tesla head unit with seven amplifier channels developing 240W power output (5x40W for the 8cm midrange speakers, 2x20W for the 3cm tweeters).

• An additional 'booster' amplifier with five amplifier channels delivering 320W (2x80W for the 20cm woofers in the front doors, 1x80W for the 25 litre subwoofer in the boot and 2x40W for the surround 16cm speakers in the back).


The Rockford Fosgate subwoofer is a slimline design and only displaces .028 cubic feet or .82 Liters (subwoofer displacement) The Ohm rating is 1 Ohm and the efficiency rating is 82. Also a sealed design @ approximately 22 liters is ideal for this sub http://www.rockfordfosgate.com/support/boxadvisor.aspx
Last edited: May 3, 2016
Reactions: duybile
•••

Tesla Parts for Sale Wednesday at 9:44 AM
JaeTheDev