It is now clear that a bill allowing direct sales of Teslas in Arizona is officially dead in the state legislature for this year with TM vowing to have it reconsidered next year. Here are a few thoughts for next year:

1) The combined power of the Arizona Automobile Dealers Association members defeated Tesla's efforts to sell directly in Arizona this year, but the combined power of 500+ ArizonaTesla owners could be an overwhelming force if we organized for next year.
2) While the dealer's association can lobby for their members, each Tesla owner could write to their representatives and share their hopes and concerns.
3) While the dealer's association can testify before legislative committees, the owners of Teslas have that same ability.
4) I wonder how the outcome might be different if 500+ Tesla owners invited their state representative for a test drive in their Roadster, Model S or Model X.
5) There needs to be way for Tesla Motors and Tesla owners to coordinate their efforts, perhaps via Tesla's lobbyist.
6) Tesla Motors needs to let owners know about issues that impact them in their individual states. If they could use our help, an email or a posted notice on the website might be a good start.

Frankly, it was not a happy day for capitalism or free-choice when this legislation died.

Great plan. Start now and don't wait until next session. Bills like this can take years to cross the threshold so don't want to wait until right before the session starts.
WA is starting an EV PAC for the state so that is one route. If you have a state politician you know or are willing to host a fund raiser for them consider that. Present them with a campaign check at the event. Definitely play up the free market angle.

Maybe plan a Tesla Capitol Day very early next session and get the transportation Legislative Assistants and hopefully the members themselves so show up for rides. Make appointments with the legislators and walk about the Capitol in groups to speak with them. Also have a one pager handout with your argument and other bullet points along with what you are asking for or what bill (if there is one) you want supported. 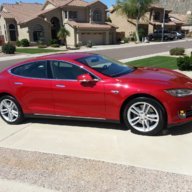 Well, i guess we can say nice first try. At least one of our legislators showed a modicum of intelligence (woo hoo?). This should kill the idea of bringing the Tesla battery plant to Arizona (al least if I were Elon, I would go elsewhere given the choice of less-hostile environments). Of course there are the issues with the influence of the Big 4 dealership organizations in the Phoenix area. This thread just begs for all kinds of ranting.... I would be willing to help with a rally. We would have to think this through carefully as the legislative salarymen might not take to a bunch of people "rich enough" to own a Tesla... perception is always going to trump common sense and facts. Also, we do not as a group contribute anywhere near what the automotive people provide to the lobbyists and legislative coffers. Hmmm, time to think this through.
A

Wealthy people contribute to campaign funds and exercise a great deal of influence. Wealthy people own Teslas. Maybe we can connect those dots for our esteemed (not) legislators?

Get the wealthy people involved in the PAC and ask them the impress on their contacts that this is an important issue for them. 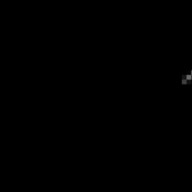 Does anyone know who within the state legislature was specifically for and against this bill? With the upcoming election this is one topic that will help me decide where my vote is going.

gimmee2 said:
Does anyone know who within the state legislature was specifically for and against this bill? With the upcoming election this is one topic that will help me decide where my vote is going.
Click to expand...

Find out who the sponsor is and see if you can 'flip the district' by supporting the opponent (assuming they will go on record supporting the Tesla bill) and hold a fund raiser for them at someone's house.