DIY: Improving the responsiveness of the horn

My horn wouldn't work when the right side was pressed. Older models often have trouble with the left side being inoperative due in part to some interference with a screw head on that side. This solution should work for both.

Time: 20 minutes
Difficulty: 3/10
Tools needed: Hammer
Tip: Leave the door open for 10 minutes or so until the screen turns off - then the horn will be inactive while you work on it. 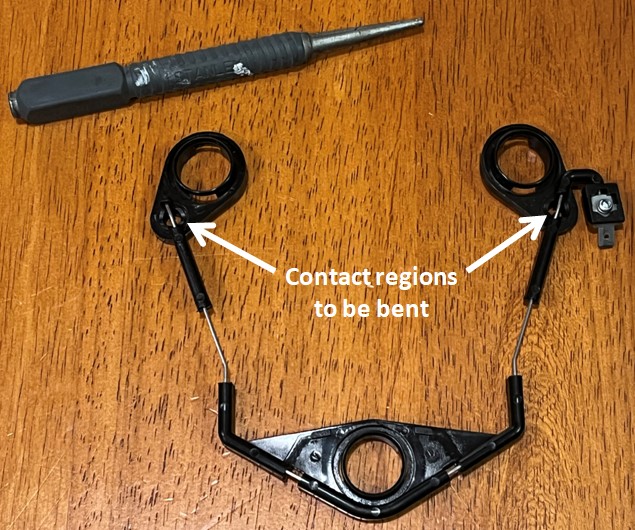 Step 1: Remove the airbag module (it will not explode)​

Poke the largest allen wrench you can fit into the small holes in the steering wheel at 4:00/8:00 positions (one at a time is OK). Keep the wrench against the back wall of the inner structure and push on the first thing you feel, which should be moderately springy (see pic). Be careful not to jump over the spring and push on other things. The module should pop out by itself when you push far enough to release each of the clips. Squeeze the two thin locking tabs to unplug the wiring connector. 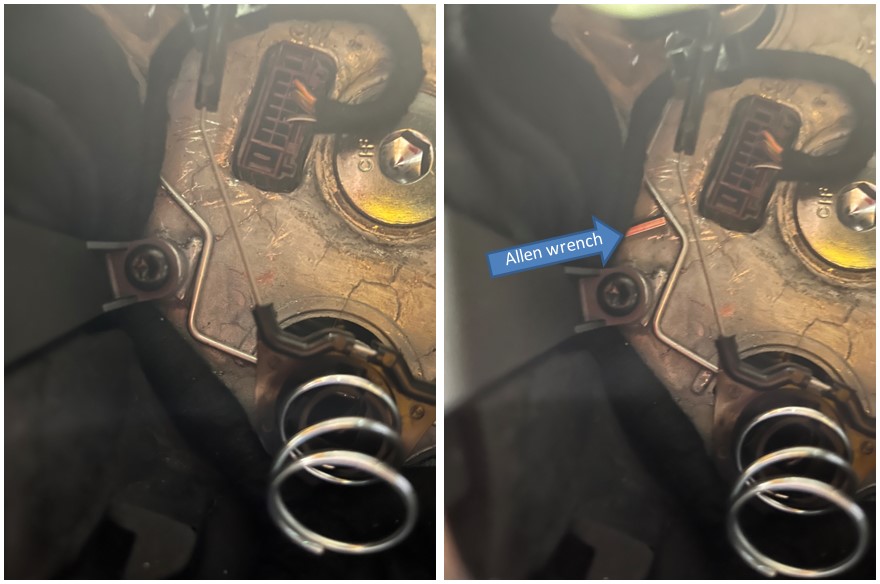 Push on any of the 3 round spring supports and you'll see how the outer part moves and is retained by tabs at the top/bottom of each inner post. Use a medium size flathead screwdriver with moderate force to release the lower tab of each post. You don't need to release both tabs simultaneously, just the lower one and it will come right off without any spring drama. Pic shows the inner post after the outer part has been removed so you can see these top/bottom tabs more clearly. 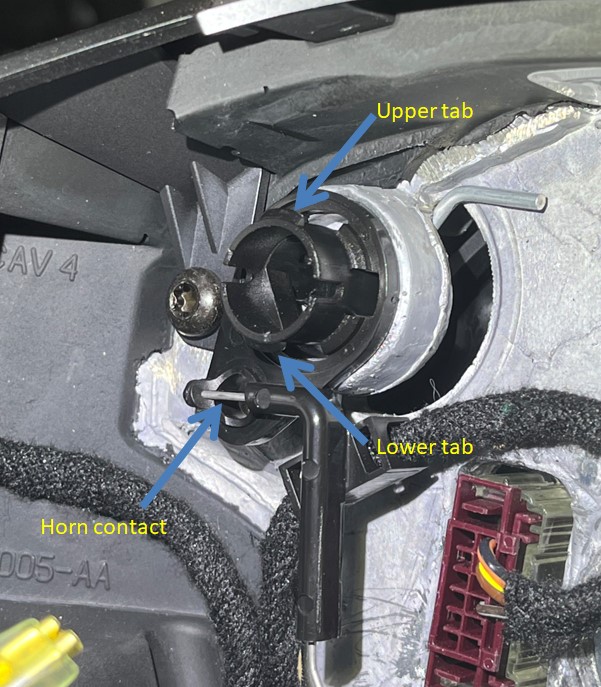 Step 3: Put a slight V-bend in the contact region to reduce the gap​

Place the V-shaped wire thing face-up on a table and hit the steel wire with a nail setter to put a slight bend in it. Note that the side with the connector won't sit flat on a table so be sure to shim it with a popsicle stick or something so that it's supported around the steel wire. This is quite simple - there's a hole in the face that perfectly locates the nail setter, and the table/shim ensures that the plastic isn't overstressed. A slight bend is all that's needed (see pic). 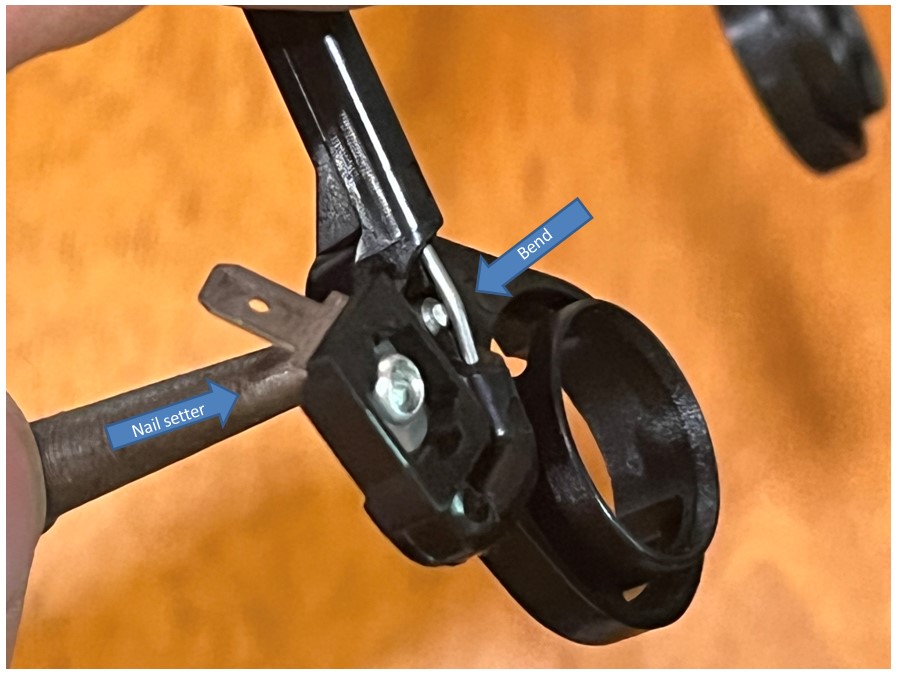 Step 4: Give your middle finger a well-deserved break​

Originally my horn worked OK when I pressed the left side far enough down, but the right side never worked at all. But after slightly bending the contacts on both sides I can honk my little heart out with either thumb and never even lift a finger. Well, sometimes I still lift a finger, but you know what I mean.
Reactions: KenC
•••
G

But JFC, on what other vehicle would this even be necessary?
Reactions: Jclboston and Kimmi
••• 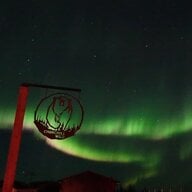