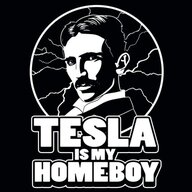 Here in SoCal there’s a lot of Teslas. A buddy of mine and I went for a drive to compare the range differences of our cars (3LR and YLR) so we drove together as two cars for 100 miles one way, and another 100 back, mostly desert interestate. Both times we herded up at least two sometimes four or more Teslas of various models (mostly 3’s and S’s). What happens is that as we drive past other cars, Teslas would accelerate and match our speed. I’m sure its not coincidental they all just happened to be going the same speed, and at the same place and time either. And for sure they're not part of Tesla car club, as we picked them up at different areas. Pretty interesting to see, something that just doesn’t happen a lot in other vehicles (maybe sports cars like Miatas or Vettes) but not something I’m used to.

So for the people here, have you followed or been followed by other Teslas on the freeway?
Last edited: Apr 3, 2021
••• 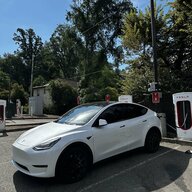 Sometimes, but I do like to if I’m on a longer trip and using autopilot. Cause you know their sensors are probably top-notch, too. Plus you know there’ll be no exhaust seeping through your filters.
Reactions: HappyDude and Exelion
•••
F

I once followed a red and white model 3 in my blue model 3 for 20 miles or so on a mountain road. It was hard to resist the some Tesla patriotism.
Reactions: HappyDude
•••

Which city has the most Teslas per household?

Is it easy to identify if my Tesla Wall connector can charge other EVs?