So I have been wondering about the referral program and would be interested in the thoughts of others. Does the Model S program, which provides $1,000 to the buyer and $1,000 to the current Model S owner provide means whereby dealerships could get in the game? I don't mean in a sly manner but rather directly engaging with TM. If the purpose of the program as stated by Elon was to avoid spending ~$2,000 per car to open showrooms but instead use the same $2k cost to drive sale via word of mouth. Now if TM is willing to spend $2k per car to drive sales, then theorectically, they could provide the same incentive to a dealership dedicated to selling TM vehicles.

According the NADA, the average gross margin on a new car is $1,200 (per article). If dealerships have a $2k margin, it should be sufficient to support the sales model. Obviously, this is oversimplified as the figures from NADA are for average dealerships many with significantly higher volumes but the referral program does seem to provide a potential path.

The argument against dealers has never been the cost of the dealer channel, but that dealers dont want to push EV's because they make most of their money on service after the fact, and EVs dont need as much service.

However, giving the pricing at Tesla's "not for profit" service centers, I'm sure any dealership will fall over itself to push Teslas.
••• 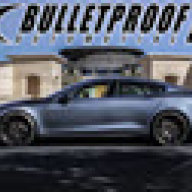 Tesla doesn't offer wholesale pricing, so their selling model is really set up to work on a dealer model.
•••
T

The answer to your question is no.
•••
S

Bulletproof said:
Tesla doesn't offer wholesale pricing, so their selling model is really set up to work on a dealer model.
Click to expand...

I'd agree except that the referral program suggests TM is willing to offer wholesale pricing at $2k below retail. That is what got me thinking about this.
•••

shelbri said:
I'd agree except that the referral program suggests TM is willing to offer wholesale pricing at $2k below retail. That is what got me thinking about this.
Click to expand...

There's no actual revenue here. It's store credit. Can't keep the lights on in a dealership with store credit. Or pay workers. Clothe them, yes.
•••

In USA the dealership laws are written in such a way that once you have a dealership then the law applies to that car company forever. During Tesla's legal battle their strongest argument is, they never had any dealer in any state ever. Therefore Tesla says those laws don't apply to them. What you suggest would undermine their legal position. The dealership path is a one way path. It would be a huge problem for Tesla. For example, once a dealership starts selling cars on behalf of Tesla, then Tesla can't stop them selling Tesla cars. This is a big problem because Elon said they should be able to terminate the agreement if the dealer doesn't provide a good customer experience.

On the other hand, the dealership can stop Tesla from opening stores. They can even legally force Tesla to close stores that are already open. The idea with the dealerships laws is that, they protect the dealer against the car company. For example, if the car company wants to open a factory store nearby, the dealer can object to that claiming their sales would be negatively affected. I understand you are not suggesting a regular licensing agreement but rather a lower level cooperation. However it would still give ammunition to anybody who argues the dealership laws should apply to Tesla.

Even some state legislators are not sure whether those laws apply to Tesla. Somewhere (I don't know exactly where) Tesla has a store they can not use.

Edit: I found which store it was. The entire video is important but especially 2:40 to 3:08 explains what I said.