Does the Semi Tractor have variable "Gap Flaps"

The cab/tractor of the Tesla semi has some panels that close the gap between the cab and the trailer. This is done to minimize aero drag. If you look at the first 20 seconds of the reveal you tube video they appear to be variable---ie they move depending on the yaw angle of the trailer. They may be more for keeping the trailer from hitting the panels than for aerodynamic reasons....but they do appear to move in the video.

If the cab is cocked at a large angle to the trailer when backing up ot just making a sharp turn, then panel and trailer interference problem is critical on the inside panel---ie if you were turning right then the panel on the right side would have the interference problem. In this case the panel appears to move out like an old window wind wing.

I am posting 2 screen shots from the video and a link to the video so you can replay the first 20 seconds and see for yourself. It's a bit more clear on the video and you need to watch it in full screen mode.

The first screen shot is at around 14 seconds in the video, the second shot is what appears to be one of the actuators

Please reveiw it and let me know if you agree or disagree with my "variable gap flap" theory. So far I have not heard of anyone mentioning this.

Here's the video and the screen shots: 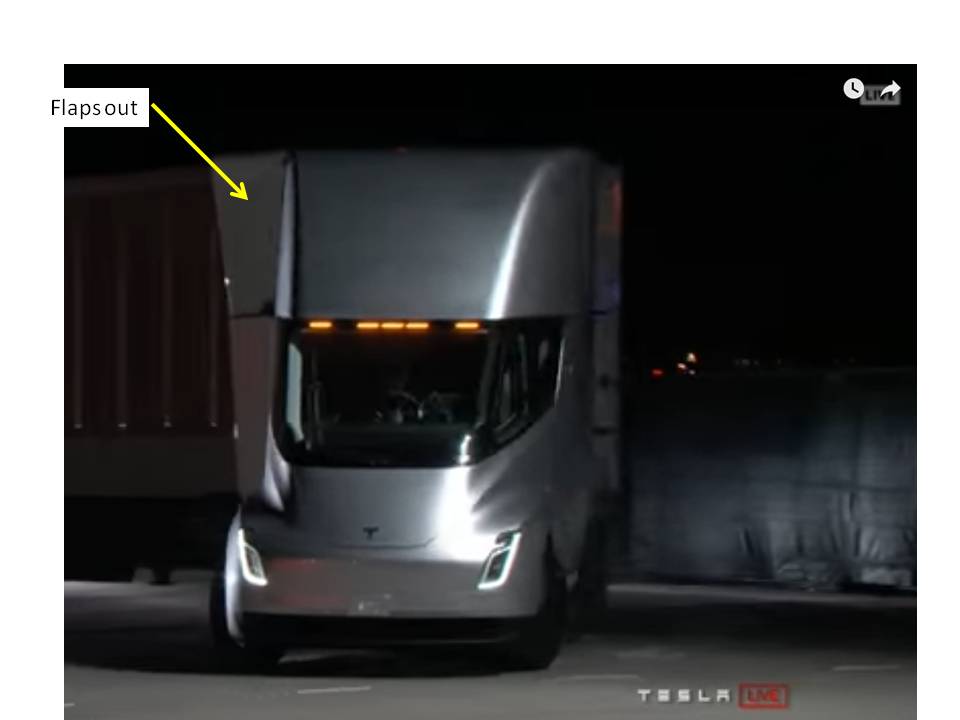 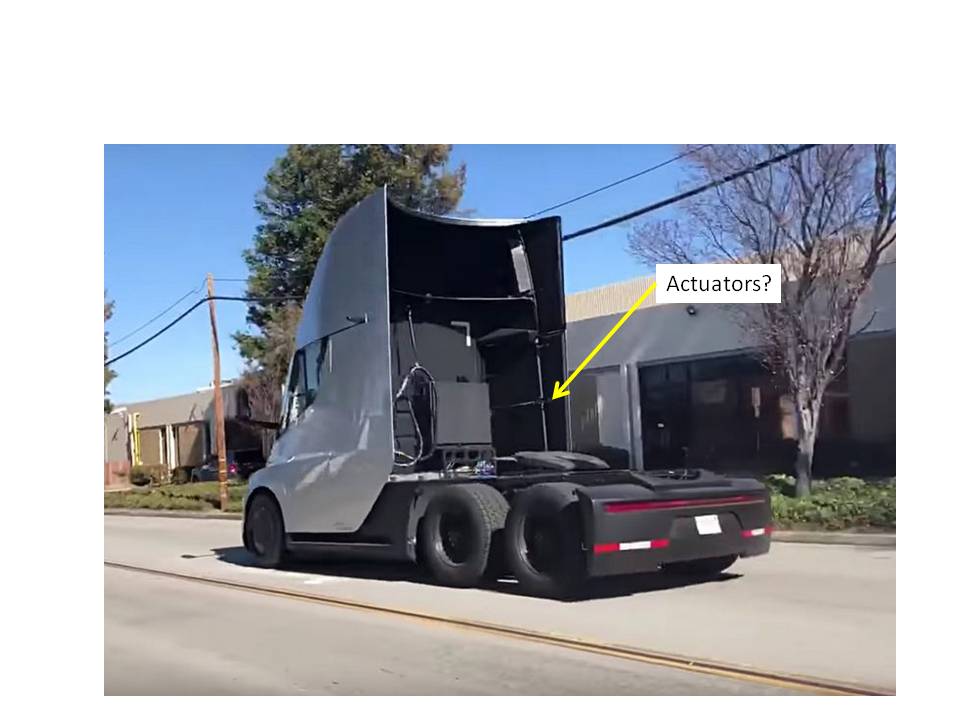 Well spotted, never noticed that. You must be the first.

I would say its both for aerodynamic reasons and to prevent the trailer hitting the body panel.
•••
V

Wow great observation. Maybe control components for aerodynamic panel controls inside the box on the rear right side of the cab?
•••
V

vossn8r said:
Wow great observation. Maybe control components for aerodynamic panel controls inside the box on the rear right side of the cab?
Click to expand...

Didn't Musk say somewhere in the reveal, "we can change the truck's profiling to match your trailers design..." (super paraphrased based on memory alone)?
•••

J
9 Months after I rejected a M3P, my first weekend with MIC SR+...