Dual engine shut down on freeway. Anyone else? 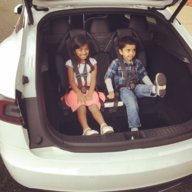 I'm pretty sure something similar happened to a coworker of mine. He had multiple warnings but never had a shut down of vital driving functions. In the end, Tesla took the P85 back, he got a P85D and he paid the difference between the sticker prices. 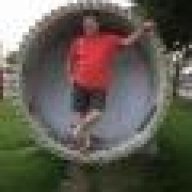 shah007 said:
This is really scary! I am having doubts about buying Model S now based on this.
Click to expand...

Ya. If I were you I would absolutely not buy based on this report.
Reactions: sorka, Zetopan and Ciaopec
C

Caligula said:
When I bought my car, the dual motors were billed as a redundant safety feature. Specifically the rep told us that if one motor were to go out, we could always use the 2nd to continue driving until repairs can be made. Is this not the case here?
Click to expand...

There was discussion of this starting at P85D Front Motor Died. 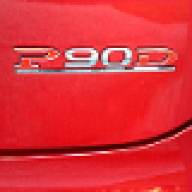 We had a front drive unit fail on our second day of ownership back in December 2015. Got the alert, said power would be diminished, but we were only doing 25mph. We pulled over, called Tesla, did a reboot, everything was fine. Service called the next day and said it was a fault in the front drive unit and it needed to be replaced. They figured this out from the logs. Said we could keep driving it and to let them know if it happened again.

Two months later, we got a new drive unit and a free alignment. Still no problems.

They are a new company going through growing pains, but certainly make things right if you give them opportunity to do so.
C

mechapreneur said:
They are a new company going through growing pains
Click to expand...

About Tesla | Tesla Motors says they were founded in 2003.
B

cwerdna said:
About Tesla | Tesla Motors says they were founded in 2003.
Click to expand...

@Puppet: Is there any update from SC on diagnosing the issue with your car? Were they able to address it?

Thanks, hopefully you are reunited with your (properly operating) car soon...
D

Was your issue resolved? My wife just called me and said that the display and motor just shutdown, luckily she was waiting at a traffic light and not in motion. She stepped on the brake and then the accelerator and the car didn't move. She waited about 10 seconds before stepping on the brakes again, then the car started and the display booted up. The car is only 5 days old from when we picked it up so I'm a little disappointed and worried about safety. I called Tesla and they said the blank display is a bug with the 8.0 software but the motor shutting down is something new but I'm seeing quite a bit of the same incidents in other forums.
B

@d_green_within I'm curious to know how your car is doing? My Model S, only 12 days old, lost 'engine' power on the fwy last week while I was driving to work. I drive from OC to LA every day. First, on my way home from work the night before the incident happened, the screen blanked out twice within a 2 hour period. I didn't make a big deal out of it, assuming it was normal. The next morning, while driving quite fast on the fwy, I get an emergency signal on the dashboard saying something like 'service needed, electric level low' and the car immediately started slowing down. I made my way off the fwy and basically rolled into a parking lot and called roadside assistance. The rep had me reboot the car and the signals were cleared. He told me I should be good to go but I felt uncomfortable driving all the way to LA without having the car checked so I requested to have the car towed to the service center. I'm SO glad I did-
It's early so I'm still not sure if replacing the rear motor will work but, more importantly, this is what they thought it was the day I dropped off the car and then I was told it wasn't the problem. I'm feeling pretty uneasy about this car and pretty close to regretting the purchase. I was expecting this car to be reliable. At the same time, the service center has been super great and I'm confident that they would replace the car for me if the problems persist.
C

(Thread resurrection)
@puppet and @d_green_within: Any updates on the fixes were for your cases?
A

Sorry to hear about the problem. A car that shuts off critical parts like motors and steering assist is a serious danger. Please keep us updated!
Click to expand...

Loosing servo power is not dangerous in any way, at speed you'll not necessarily even notice it depending on the setting.
Losing motor(s) would be comparable to an engine or fuel problem. Not desirable, but not "serious danger"
Reactions: sorka and cwerdna 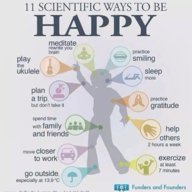 cwerdna said:
(Thread resurrection)
@puppet and @d_green_within: Any updates on the fixes were for your cases?
Click to expand...

I'm curious too. I have a 70D and have had no such problems, but just passed 50k miles so I'm out of warranty on everything but the powertrain

FWIW, I simply had a "power reduced, contact Tesla service" error message and they replaced my entire drive unit. Maybe back in 2016 Tesla was more stingy with those replacements?

Ande said:
Loosing servo power is not dangerous in any way, at speed you'll not necessarily even notice it depending on the setting.
Losing motor(s) would be comparable to an engine or fuel problem. Not desirable, but not "serious danger"
Click to expand...

Loosing the motor(s) when you are in the fast lane of a freeway or passing someone can be quite dangerous. I think the same is true for power steering. A strong male might not have problems, but not everyone has the same physical strength or fitness. I know several people who have reduced strength due to age and illness.
Reactions: cwerdna 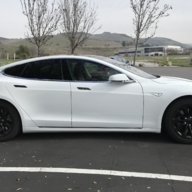 In case someone knows it, one way to capture logs is to use the voice command and say "bug report" - car does an explicit capture of all logs. helpful when you see something strange in the car dashboard etc - will be helpful when you call back SC or tesla support.
Reactions: David99