Just a note of thanks for all the hard work it took to make this task simple and painless. Kudos! 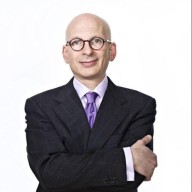 This is fabulous. Thanks for the generous contribution. Going to try it now...

Went through all the steps, several times (thanks for clarifying what CLI means and where the folder is)

When I run the script, though, I get the error "Unknown Object Type"

Thanks for your help...


sethgodin said:
This is fabulous. Thanks for the generous contribution. Going to try it now...
Click to expand...

thanks major lance and Ra San, running ra Sans program now. Copying 17,286 files and playlists from my iTunes library. soon hope to hear my songs in my way. thanks again too you both. I love slacker, but sometimes you need to listen to an album or playlist in the order it is meant to be.
R

Ra-San: Seems to have worked I won't have time to properly check it until after work tonight. But I seemed to stop copying at S (Not T's to Z). Is there a way to just scan and add missing folders? I just popped in the min i usb this morning so songs appeared but were still loading and I had to exit to go to work.

I think I may delete and start from scratch as i have a nested old music folder embedded within iTunes Music folder (when they moved xml lib file i had major repairs and this seemed to work so I left a nested subfolder with some duplicates and the missing music). Think I will try to flatten into proper format on my mac pro and than re-run the program and see if it all shows up than.

Thanks again... I am eagerly awaiting having access to my iTunes playlists and music.

Ra-San I have an issue:

i wiped my usb and flattened out my nested music folder. I scan it picks up about 60K files but will not convert any?

thanks for any help
R

Thanks Ra San! Just discovered your program a few days ago. I was getting tired of doing the Apple lossless to FLAC conversions by hand. Your program is great!
R

love the program missed listening to my albums in proper order versus slacker. one issue lot my songs seem duplicated in the tesla but on the usb i see only one song listed.. any thoughts?

rjt65 said:
love the program missed listening to my albums in proper order versus slacker. one issue lot my songs seem duplicated in the tesla but on the usb i see only one song listed.. any thoughts?
Click to expand...

Did you duplicate tracks into multiple folders on your USB stick, e.g. because you put multiple playlists into different folders, and one or more of those playlists duplicate some number of tracks? I suspect so. If you are then playing by the folder tab only, you will only have duplicates if you put duplicates into that specific folder, BUT if you use some of the other tabs in MS Media Player, they only look across all folders and will see the dupes and show them on the non-folder tabs.

If that does not makes sense, please be a lot more specific as to how you've built and organized your USB stick, and what tabs you are using to playback in your MS. While much of the info is up-thread, THIS page on my personal website may also be of some assistance.

ra-san said:
I suspect there is a file with no extension, and I overlooked that particular case when I was logging the extensions skipped. I fixed it on my system, and am testing. Will push it if I think it's solved. In the meantime, if it's just a stray file, you can move it, or you can use playlists instead of the folder copy (presuming all the playlists files have extensions). Will try to have a fix out on Wednesday.

Update: I tried to recreate it, but couldn't. I'd thought I'd tested that case before and handled it ok - in some of the sample screenshots that's why it shows the " files skipped: <some number>" in the extensions skipped list, because no extension was getting reported to me as an empty field vs. a non-existent one (which probably sounds odd, but makes a difference to the part that crashed).

Regardless though I don't at the moment see where else it would be, and there's was a potential issue there so I "fixed" it (hard to say fixed though, when you can't see the problem).

I also enabled a log message for skipping a file with an unknown or empty extension. I had it turned off in the interest of not adding too much cruft to logs, and I haven't added an "enable verbose logging" setting or anything yet (probably should). You can see the log messages in the Console app.

I'm really not sure this is the issue for you, so would appreciate you letting me know after you have a chance to try the update. You can PM me, use the issues feature on the project page, or whatever. I did already add an issue for it in the issue tracker: crash when scanning library
Click to expand...

I don't seem to be getting my AIFF files converted and copied. Here is a screenshot from the Teslatunes app...

goneskiian said:
I don't seem to be getting my AIFF files converted and copied. Here is a screenshot from the Teslatunes app...
Click to expand...

This free app isn't (intended to be) a full-blown format converter. From my reading the TeslaTunes ReadMe and GitHub introduction, as well as the example image showing all AIF were skipped, the app appears to be oriented to dealing with FLAC, MP3 and AAC.

If you need TeslaTunes to provide some of the tagging benefits to circumvent MS (and I assume MX from your sig) Media Player problems, I suggest you:
Good luck.
Reactions: msnow

BertL said:
This free app isn't (intended to be) a full-blown format converter. From my reading the TeslaTunes ReadMe and GitHub introduction, as well as the example image showing all AIF were skipped, the app appears to be oriented to dealing with FLAC, MP3 and AAC.

If you need TeslaTunes to provide some of the tagging benefits to circumvent MS (and I assume MX from your sig) Media Player problems, I suggest you:
Good luck.
Click to expand...

Thanks. I'd forgotten that AIFF isn't actually Apple Lossless.

And as it turns out. AIFF is a compatible formet with the Tesla audio system. Fortunately I didn't spend the time converting all my AIFF to FLAC. At least I'll have a little more room on my USB for future purchases! 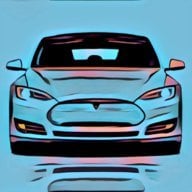 majorlance said:
What we really need is the Tesla media player to support m3u playlists (like 99.99% of all the cars and media players) and all of this will be just a distant memory! Or, add Apple Carplay support (sorry Android user) and we'll have even more...

I wonder why, after another year, this has not been addressed nor solved within the Tesla firmware. Using Spotify does not replace being able to listen and control playlists which many of us have curated over many years.

I have an iPod with bluetooth but the car will only allow one device to be connected, [therefore phone disconnects] and I feel it is essential to be able to control the playlist from the touchscreen, and to be looking at one's phone or iPod when driving.

A USB stick will play music, as we all know, though the car, so what small piece of software is missing from the car to allow it to recognise the output from, for example, an iPod. 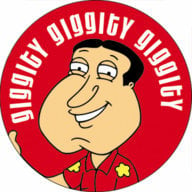 tonyj01 said:
Yes I am interested. I will PM you. 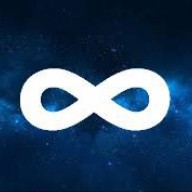 My travels force me to drive a lot of economic rental cars and almost always I can plug my iPhone in a USB socket and play music right away without loss of quality over BT. The speakers on those cars do suck but that is not the point here. The point is what prevents Tesla from making this work? If cost was a constraint they can surely absorb that in the UHFS package cost.
Reactions: tonyj01 and Soundchasr

Folks: We're going further off-topic here, as this thread is oriented to @majorlance's Applescript to assist with syncing tunes to a USB stick. I'd suggest there are better threads to discuss:

I
How to make custom Boombox audio files