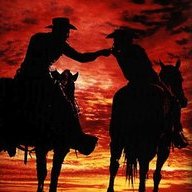 This Poll Has Been Updated

Made a poll to gauge the opinion of the TMC community in light of the on and off Apple discussions. This poll is updated to add a third choice: benevolent partner. The first poll was too polarizing. The third choice offers a middle ground, while still being realistic.

Many folks have expressed the desire for a "none of the above" option. I agree that this would be the ideal choice for Tesla investors (myself included). But then there would be no point of conducting the poll, as everyone (myself included) would choose that option. The purpose of the poll is to ascertain what investors would prefer if Apple indeed chooses to enter the EV (and autonomous/smartcar) market. If you wholeheartedly don't believe that Apple will enter the market, then you can either not vote or perhaps you can consider it as a total hypothetical. Below is a link that summarizes publicly available reports on Apple's activities in the EV/smartcar market.

I want to emphasize that the choice of competitor above is qualified by being "worthy" and not simply a second rate competitor. Not saying that either Apple or Tesla will win, but that Apple will at least give Tesla a run for its money, as opposed to the compliance EVs by legacy OEMs. And like Tesla, Apple would compete effectively on all three fronts: EV powertrain, autonomy, and carOS. They would at least design the cars and maybe even manufacture them if not license to a 3rd party manufacturer. We don't need to get into further details, as the term "worthy competitor" is sufficient to get the point across.

I made the poll to be viewed only after voting (to be more honest IMO). But if you folks feel that the results should be viewed before voting, let me know below. If enough people feel this way, I will change it (if I am still able to).

You can change your mind after you vote. Your individual votes are not displayed publicly.

If you have any other thoughts or feedback, please comment below. Thanks!
Reactions: brianman, StealthP3D and MP3Mike
•••

Edit: For those wondering, Benevolent Partner could mean many things (short of actually acquiring Tesla in whole). For example: Apple makes a cash investment and remains a silent partner; Apple and Tesla partner on just software and carOS; A more deep partnership involving R&D on autonomy and perhaps even EV powertrains; Manufacturing and/or logistics partner; etc. (whatever else you may think of).


Results from the prior poll (thus far):

If you had to choose, would you rather see Apple as a worthy competitor or benevolent acquirer?

"Reliable Apple analyst Ming-Chi Kuo also believes that Apple is still working on an Apple Car that will launch between 2023 and 2025. Kuo believes the car will be Apple's "next star product" with Apple able to offer "better integration of hardware, software and services" than potential competitors in the automotive market, with Apple-designed chips manufactured by TSMC."

There is also timeline at the end of the article:

Scaling up from here is gonna be a massive pain in the ass that APPL could just throw money at. The disruption is nearly complete and permanent, let's move on to the grid and renewables. Much bigger and far far far more profitable market.
•••

Will Apple enter the EV/smartcar market in some meaningful capacity?

Apple as a worthy competitor or benevolent acquirer?