Edmunds: Driving the Tesla Roadster in the New Detroit

Driving the Tesla Roadster in the New Detroit - insideline.com

This part of the article got my attention:

Do Electrons Attract or Repel?
AC Propulsion's CEO doesn't think that the new car businesses clustered around L.A. and San Francisco see themselves as a New Detroit. Relations between the firms seem to be marked by bitterness and legal action rather than by a sense of common purpose. In late 2008 Tesla lost a lawsuit it brought against Fisker, and it sounds as if there might be another row brewing between ACP and Tesla.

"It's fairly competitive," says Gage. "There's a lot of inventor's jealousy; mine is better than yours, that kind of thing. We're all engaged in the same thing — trying to build cool cars that people will want to buy.

"We licensed all our patents to Tesla. They built their drive systems under those patents for the first 500 cars, then announced abruptly that they'd changed the design and accordingly were no longer paying the royalties. There has to be an accounting at some point and the time is approaching when we have to confirm if that is true or not."
Click to expand... 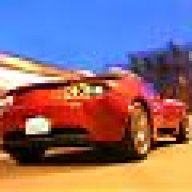 The ACP deal was spelled out in the S1 filing...

... 5. License Agreement
In May 2004, we entered into a license agreement with AC Propulsion, Inc. (“ACP”) and obtained a nonexclusive, nontransferable, perpetual license to ACP’s patented and proprietary designs, techniques and methods that relate to electric vehicle propulsion and integration.
As consideration under the license agreement, we paid a license fee of $0.5 million which was recorded in research and development expenses as technological feasibility of the product had not been established. We also agreed to purchase parts and services from ACP totaling a minimum of $0.2 million over a two-year period. As of September 30, 2009, we had met the minimum purchase requirements.
In addition, ACP will be paid a royalty on all vehicle sales through December 31, 2014. The royalty will equal 0.25% of the vehicle’s manufacturer suggested retail price for every qualifying vehicle sold. We have the right to pay a lump sum equal to $5.0 million, minus royalties paid to date, in lieu of all future royalties at any time. During 2006, 2007, 2008 and the nine months ended September 30, 2008 and 2009, we recorded royalty expenses of $0, $0, $28,000, $0 and $0.1 million, respectively, which were recorded in cost of sales...
Click to expand...