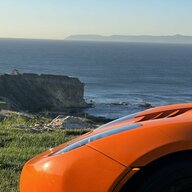 Scary issue today: I was driving down the freeway when I got a few beeps from the VDS and minutes later the engine stopped and the car was coasting along. Thankfully I was able to coast to the next exit and look into it there. Speedometer needle was stuck at ~80 mph, red fault light on, car would not switch to Drive.

In the debug screens I found at least half a dozen errors and warnings, some pointing to the APS, so following a hunch I inhibited and uninhibited the APS - and voila, errors cleared and I was able to drive home. Phew!

After getting home I pulled the logs and found:
Any ideas what might be going on?

How is the APS cooled? How do I check that? Other ideas?

Thanks in advance for any ideas!
•••

Any ideas what could cause the APS to overheat, and how I fix it?
••• 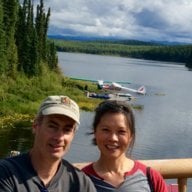 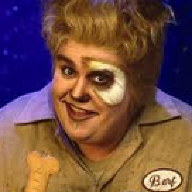 Peter.h said:
... Speedometer needle was stuck at ~80 mph, red fault light on, car would not switch to Drive.
Click to expand...

Agreed with PV-EV check and see if your coolant and pump are running.
•••

Thank you both for the pointers!

I'm out of town until tomorrow but will look closely tomorrow. I'll also take another look at the logs to see if temps are in there.

A quick update on this.

I was indeed low on coolant. However there was no visible leak and the temp gauges in the VDS showed normal.

Our roadster is with Javier at Exec Motorwerkz now, for a more thorough look.
•••

The PEM is air cooled so it won’t reflect a loss of ESS cooling. The ESS is a lot of mass so temperatures change more slowly than the APS does with a loss of coolant- just a guess on my part. The loss of coolant could have been over a long period of time and finally just got critical. Hopefully no major repairs for you.
•••
M

The APS cooling lines feed from a tee high up in the cooling circuit, so if any air gets in the system, bubbles go into the APS. It looks like APS cooling was an afterthought, and a poor one at that. It is just spliced into the system, with little thought of the coolant flow. The feed line faces straight up, so the air rises right into the hose and into the APS.

Since there are over 100 hose clamped connections in the cooling system, your leak is probably from a connection. Most of the Roadsters I have seen have evidence of seepage at some of the connections. They are originally pinch type crimp clamps, so once the hoses start to age and harden you get some minor coolant loss. Since they can't be crimped tighter, they need to be cut off and replaced. The system is not under pressure, so if you keep an eye on the coolant level every time you open the trunk, its no big deal to have a small loss of coolant. It is, however, a big deal to replace all the hoses.
Reactions: Logticom, Roadrunner13, PV-EV and 1 other person
••• 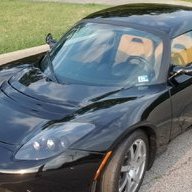 What was the outcome on this problem? Was it low coolant?

Yes, indeed it was.

And @MLAUTO was spot on - it appears to be gradual leakage. I had to top it off again in May, so it seems I’m losing about 0.8-1.0 quart for 6 months/5k miles. Still no visible leakage (I’ve had the belly pans off to look around but couldn’t see any obvious leak points).

I’ll continue to monitor it closely and top off as needed for now.
Reactions: drewski and Roadster
•••