There appears to be a very small number of people receiving V7.0 in Europe (In NL there are a couple drivers claiming to have received AP). I am wondering whether these people maybe were already part of the beta testing group and therefore receiving an update from beta to official V7.0 - before the (what appears to be a later) roll out in Europe.
••• 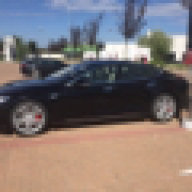 But Australia is Oceania, not Asia. Actually around 4 people here are known to have it, maybe more. Includes rear wheel only cars. Also still no browser or homelink.
•••

"Autopilot release to Europe and Asia pending regulatory approval. Hopefully get the ok in the next few weeks."

Matias said:
Why would 7.0 need regulatory approval?
Click to expand...

And from whom? I don't think that a pan-European (or Asian) body exists that would be able to do so. And what about other cars (MB) that already have a similar lane keeping functionality? I am not sure what to think about it, but I am for sure quite disappointed. Clearer communication of reliable roadmaps/timings would for sure be helpful. In the meantime we all know what a "few weeks" in Elon's time represents. And that's not good news for anybody in Europe that was hoping to get AP at short notice.
Last edited: Oct 19, 2015
•••

I don't think there is a global or even pan european AP Tsar. What about e.g. Norway, which is not EU member?
•••
U

I'm cynically thinking this is evidence of a pause in the roll out. Some of the posted videos could be the cause of cold feet on Tesla's part. The front collision near miss video being the most worrying, even if the guy had been 'nagged' to take the wheel.
•••

Just because noone at tesla could foresee such things happening?
•••
T

WarpedOne said:
Just because noone at tesla could foresee such things happening?
Click to expand...

Not the first time, eh? I blame very poor initial communication. The phrase "Worldwide release" was used, obviously this wasn't going to happen.

It's a bit like the "Performance improvement for RWD", doesn't appear to be the case, or at least not mentioned in the release notes.

Delay in the European SuC roll-out was another example where the permits are taking a long time - surely any native of the respective countries could have advised Tesla this well in advance to dampen expectations and provide realistic estimates.

For sure, Elon's a genius in several departments, but with communication he's hopeless, honestly, I can do a better job at it...
•••
N

Tesla is apparently meeting this week the relevant Dutch governmental entity (RDW) to discuss whether AP meets the respective European guidelines. Not sure what it means, but it indicates that it is (also?) a per country discussion? Don't understand the timing either. This might have been done earlier - unless talks have been going on and the final version of the software is to be benchmarked?

I fear that we're not going to see AP here in Europe for a while.
•••
D

Why not start the roll-out in these countries ?
Are we waiting to align all Europe... Ouch... that may take a while indeed.
Let's roll out to ready countries right now please - as initially announced.
•••
P

Germany will probably be ready after Audi has its electric SUV out in 2025.
•••
U

I don't think it could rolled out country by country due to the open borders in europe. We will have to wait until every single government is on-board.
•••

I suspect all the EU countries have to be approved at the same time. Perhaps non-EU can roll out first though.
•••
4

Panu said:
Germany will probably be ready after Audi has its electric SUV out in 2025.
Click to expand...

As a UK based person who has just ordered an S85, I feel Elon should see how Audi's active lane assist is approved, and follow that lead. Not an Audi driver but my colleague is who regularly drives long distance on French motorways without the inconvenience of using the steering wheel!
•••
D

Exactly,
I read Mercedes, Audi,... and possibly some others have 'active lane assist' rolled out, and don't seem to need new regulations.
Why does Tesla need new regulation ? Or is there something wrong with their approach of EU market ?
I guess I must be misunderstanding something here.
•••
N

Agree, don't understand this position either. And while Tesla makes this type of new features available for a broader audience, it would not be that unique (compare what BMW and Mercedes already offer) that it would require a complete different approach or even prior consent from all (EU) countries involved. At least that is what I would think - but maybe the current practice shows I am wrong.
•••

From UK, living in Europe for a year. My 90 days European third party insurance has almost ended. What to do?

The UK and Ireland 4 minutes ago
Mistake Not
M
J
2014 S-85 is battery replacement worth it?