I've got an original Blink ESVE at home. It's 7 years old now, and beginning to exhibit traits that it may be time for a new ESVE (e.g. it has shut off a few times),
It's a bit more complex that it really needs to be. It has features I've never used, like charging cost calculations, web access, etc. However, it has one feature I've found invaluable. It has the ability to specify when it can charge. So, for example, I have it set to charge between 1am and 6am. That's well inside the window of the lowest time of use rate for me.
I haven't been able to find any of the newer ESVEs, including the Tesla and the Blink HQ, that have this functionality.
I know the car has the timer functionality, and my 2 previous LEAFs did too. However, I quickly worked out that using the charge timers on the cars was really inconvenient. On the LEAF it was downright painful to override the charge timer one it was set (4 levels deep in the config menus).
Having this ability on the ESVE is incredibly convenient. I don't have to do anything with the car when it comes time to charge other than plug in. When I'm at home, the car charges exactly when I want it to, and if I want to charge it outside of that time frame, I walk up to the ESVE and press a spot on the screen that says "charge now". When I'm charging anywhere else, I simply plug the car in. I don't have to remember to turn off the timer.

So, my question is, does anyone know of any ESVEs that have this capability?
C

OpenEVSE supports charging station based timers. If you are handy you can re-use the cables from the Blink, alternatively ready to go OpenEVSE charging stations are now available. 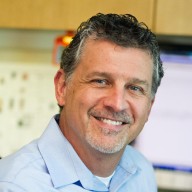 As a matter of fact, I dis-assembled my Blink Charger this weekend and re-used the cable in the OpenEvse Deluxe Kit linked above and it was pretty easy. I'm handy, but no engineer or anything. I had to drill/expand the hole for the Blink Plug Cable to fit but everything else fit just fine and it shows me more information on the charging rates then the Blink was capable of doing.

I have the JuiceBox Pro from EMotorWerks. It does this, is cheap, and works well. Also hooks into a standard 14-50 outlet.

sllynn said:
I know the car has the timer functionality, and my 2 previous LEAFs did too. However, I quickly worked out that using the charge timers on the cars was really inconvenient. On the LEAF it was downright painful to override the charge timer one it was set (4 levels deep in the config menus).
Click to expand...

I know you asked for an EVSE with timers, and are aware of the timers in the S, but have you given them a try? The charge start time, delayed charging on/off, and "charge now" buttons are all right there on the charging pop-up (no menus to search through). If you need to start charging immediately, but forget to before going inside, there's an easy to find "charge now" button on the phone app.

The only thing you don't get is specifying a finish/end of charge window time. You need to make sure the charge rate is high enough to finish before the end of the window, or dial back the charge percentage so that it finishes in time.

If you're shopping for a new EVSE, it's hard to beat the price of the HPWC.

B
Limiting charging after charge port replaced--but only at home