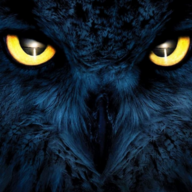 Yesterday during the Model 3 launch, Elon Musk mentioned that there were several great features that would not be revealed until later. However, he couldn't resist spilling the beans on one of them at the Model 3 launch after-party. The exciting revelation, which promptly exploded on Twitter, is that the Model 3 will have the world's first encrypted battery.

Using state-of-the-art, military-grade electricity encryption will ensure that even if an attacker gets access to the car's entertainment system, the energy stored in the battery will remain off-limits. "Energy security is just as important as data security", said the Tesla CEO. "Tesla is leading the way, and we urge the rest of the industry to accelerate the adoption of secure energy". Asked about the rumour that GM is working on gasoline encryption, Musk dismissed it as uninformed speculation, pointing out that "[...] liquids cannot be encrypted. Anyone who took introductory physics knows that. Also, please stop waving that lightsaber. It's embarrassing."

When asked how he got the idea for battery encryption, Musk invoked his experience at PayPal. "At PayPal, we achieved much better security than our competitors, and that played a big role in our success." He then laughed while recounting his obsession with energy encryption during his college years. "I met this girl at a party once. We were doing a slow dance, when I whispered in her ear 'I love your energy; is it encrypted right now, or is it freely accessible?', hoping for a laugh. She didn't get it, unfortunately."

JB Straubel explained that regular batteries work by storing electrons during the charging process and releasing them under load. The law of conservation of energy dictates that electrons must leave the battery in reverse order of arrival. In other words, the electrons stored last must be the first to be discharged. When the battery is encrypted, the order of electrons is scrambled using a secret key derived from the owner's right-hand palm, which is read by a sensor in the steering wheel. The reordering of electrons means they cannot find their way out, preventing the electric field from forming if the battery is placed under unauthorized load. When the sensor detects the car owner's palm on the steering wheel, the electricity in the battery is automatically decrypted and the car starts.

The new technology is a striking example of the kind of advances that can be expected from Tesla's Gigafactory. Musk confirmed that encryption is also present in its PowerWall and PowerPack storage units. His bet is that the extra protection will provide peace of mind to residential customers, and that it will prove especially valuable to energy utilities, who are fighting a constant battle to secure their infrastructure against hackers.

Asked for comment, the CEO of Apple, Tim Cook, who also came at the Tesla party after Apple's iPhone SE after-party got canceled, applauded Tesla's breakthrough. "We at Apple are thrilled with Tesla's new encryption technology. We already encrypt all the data in the iPhone, but until now we weren't able to secure the battery. We will negotiate a licensing deal with Tesla to allow us to incorporate strong energy encryption into our products. The electricity in our customers' devices belongs only to them. Nobody else should be able to access it without their permission."

Stock analyst Trip Chowdry, who was not at the party but was watching it from a distance through binoculars, praised the move as a brilliant synergetic play in a feverish research note. "In the future, Tesla will likely prevent its cars from using unencrypted electricity. This will be a boon to Solar City, since its solar panels can exploit the maximum entropy present in natural sunlight in order to generate secure electricity with no need for additional processing." The Global Equities analyst increased his TSLA price target to an arbitrary number.

Musk also disclosed that Tesla researchers are making progress in their quest for energy compression, the holy grail of energy storage. Batteries using compression could store more electrons, leading to projected driving range increases of up to 50%.

Cory Johnson, who was nursing a beer alone at an empty local bar, cautioned however that competition is heating up. He reminded himself that Volkswagen revealed today a $2B investment to develop diesel fumes encryption, after concluding it was the only way to pass recently updated emission tests. That technology is expected to launch in 2020.
Reactions: geturchiru, Ryo, vgrinshpun and 21 others
•••
Upvote 0 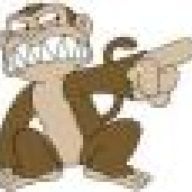 OMG, the phrase "energy compression" has me overly excited. Here we were wasting time working on battery density, when we should have been reducing the volume of the energy /forehead smack
•••
J

What day was this posted?

I love it! Great stuff!
" 'I love your energy; is it encrypted right now, or is it freely accessible?'"
"Also, please stop waving that lightsaber. It's embarrassing."
... references to Trip and Cory... very nice!
This is about as solid journalistic reporting as I've read in a long time!
•••

Bump, while it's still April 1st. I promise it's the only bump

For those who don't know, the first post contains stunning revelations about Model 3 that are not known by the wider market yet...
•••