Also posted this at Tesla Forums site
Ok I have a quick question for the Tesla nerd gurus. .
I emailed my delivery specialist after noticing that my car is now in production about wanting to immediately exterior coat (Xpel Ultimate) the car. The last place I had it done was Sticker City in Van Nuys, CA. in 2013 for my old Model S and that was before AP sensors and cameras and if that place was Tesla approved for such modification.

He replied:
"Tesla does not approve or certify aftermarket services such as these, but so long as the wrap does not cover the ultrasonic sensors on the bumpers, they should function as they are supposed to. They should be able to cut out holes in the material where the sensors are so that they are not covered. I’ve seen a similar technique with other exterior wraps. Otherwise, so long as they are not placing material over any of the cameras, it should be just fine."

Sticker City did a good job on my 2013 but if any of you have other SoCal places that you think are great, I'm open to suggestions. Should I tell them to cut holes where the sensors and cameras are?
Thanks!
•••
W

Are you really asking if they should NOT cover over the cameras with a vinyl wrap?
•••
C

Get it wrapped. Installer should be certified and they'll know. No issues with mine.
••• 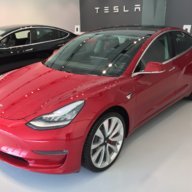 Definitely don't cover the ultrasonic sensors or cameras with any PPF. It's too thick and can cause trouble with the sensors and the camera is a no brainer. You might get away with the thinner color change wraps since Tesla allows the sensors to be refinished by body shops, which can add a few mils.
••• 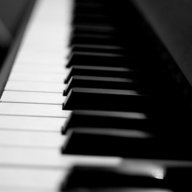 I am curious about this too. What do you believe the cost of the Xpel application will be for your new S at Sticker City?
•••

elderforester said:
I am curious about this too. What do you believe the cost of the Xpel application will be for your new S at Sticker City?
Click to expand...

elderforester said:
I am curious about this too. What do you believe the cost of the Xpel application will be for your new S at Sticker City?
Click to expand...

Thanks everybody. From what the person at Sticker City said I gathered that they know all about the sensors and camera issues. Evidently they're cut to fit ahead of time on order before installation given make/model including holes for cameras and sensors.
•••