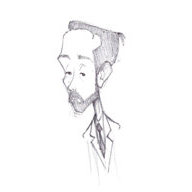 Anybody else see this?
I'm a proud X owner and stock holder but this doesn't sit well with me.

Tesla says its factory is safer. But it left injuries off the books
•••
E

If you took the time to find this one and post it here, I am sure you can find Tesla's reply.
•••

In Tesla's response there was a reference to collusion and interviews with UAW supporters. In addition apparently every injury is investigated by a 3rd party to determine if it is work related or not. So I am not sure how Tesla can avoid documenting those.

Apparently in their audio piece that was broadcast on NPR, they played every "gruesome" 911 audio recording they could get their hands on with scary music to try to make the factory sound like some sort of house of horrors
•••
S

Fox Business ran this story earlier in the month about the increased expenditures the union is pouring into fighting Tesla: Tesla corporate campaign costs UAW hundreds of thousands

When I hear about some of these stories about problems at Tesla, I've learned to take them with a grain of salt. The union needs paying members. Tesla needs their workers healthy and uninjured. With a growing manufacturing plant Teslas employee base probably looks pretty appetizing.
Last edited: Apr 18, 2018
•••
S

Whether there's an underreporting of injuries or the story turns out to to be baseless, Cal/OSHA has now opened an inspection.

I'm a fan of Tesla, don't get me wrong. I just thought the response was weak.
Click to expand...

I believe Tesla has a higher rate of injuries but some of that will come naturally from training new employees and finding the risks in a new plant and processes. I also suspect a LOT of folks who have no hands on manual labor manufacturing experience are willing to take those positions for a chance to work for Tesla. Working in manufacturing for a couple decades I have seen a lot of totally green people join a new field and not respect equipment till they get bit.

I agree with those citing the UAW as a driving force here as well.

I wouldn't let NPR and a Pulitzer give anything credibility.
•••

SMAlset said:
Whether there's an underreporting of injuries or the story turns out to to be baseless, Cal/OSHA has now opened an inspection.

Regulatory agencies are obligated to open investigations when anyone alleges problems, whether they have evidence or not. I handled countless unannounced multi-day FDA inspections that were the result of disgruntled anonymous employees calling the agency and making false allegations. They have to. Same with child protective services, when you call 911, etc.

Obviously I don't know that CALOSHA's involvement is because of a disgruntled employee. Or the UAW. But because those types of investigations can happen for a number of reasons & because it's clear UAW is working the publicity angle on everything ... it is certainly a possibility that needs to be considered.
Reactions: mblakele, ggr, SSedan and 1 other person
•••
S

Here's the background on the 2nd investigation by Cal/OSHA.

E
Is it ok to store a Tesla in an NYC garage that only charges on request?

Service / Maintenance Aug 25, 2022
jcardone60
J
X
How do I stop this unintended acceleration?