Please use this thread to discuss AP1 features of Firmware 8.1 (as-if anything actually changed. :/ ) 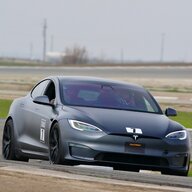 For those with HW1 cars, please post release notes when your 8.1 update is complete. Thanks!
Reactions: scottf200
•••
L

It would seem that this isn't the 8.1 that Elon has been promising. Unsurprisingly, anything that's not HW2 has been completely ignored. And even for them, there is no feature parity here. What a joke.
Reactions: DrivingRockies, davidc18 and mike_j
•••

Wouldn't be the first time!! Elon once said that 7.1 was going to be the biggest UI overhaul to date.

I'm going out on a limb and saying that this was an incremental release rebranded as 8.1 to stop the complaints, and the real 8.1 is waiting for AP2 to get further along. 8.1 was to include auto off ramp and a new kernel, neither of which this update includes, and there is no way they will update AP1 tomorrow or this week with features that make it lose parity with AP1 as the complaints will start again. They'll hold off updating AP1 until AP2 can update along side. 8.1 was probably far along in December but all hands on deck went to AP2 to get parity.
Reactions: hmmm, whitex, William3 and 5 others
•••

I don't believe AP1 is updated yet
Reactions: Texas
•••
S

Almost nothing. It's no longer Tesla's concern.
Reactions: yak-55, DrivingRockies, davidc18 and 1 other person
•••

Tesla 8.1 update: here are the features for all owners – not just with Autopilot
••• 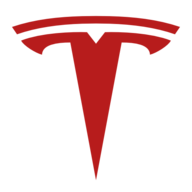 Crickets for the HW1 owners. I feel so unloved....
Reactions: DrivingRockies
•••

Hey, at least our autopilot works as advertised. <runs, ducks>
Reactions: Electricfan, Mickie, Andyw2100 and 20 others
••• 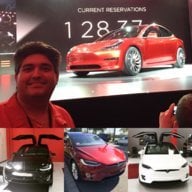 slevit1md said:
Almost nothing. It's no longer Tesla's concern.
Click to expand...

I agree, it appears that owners of AP1 equipped cars are now orphans, the mothership has cut it's links.
I wonder if any new updates will be available for our cars.
Reactions: davidc18 and MP3Mike
••• 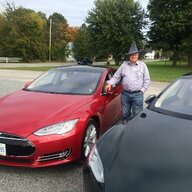 It stands to reason that AP2 cars have to catch up to AP1 parity first before anything new for AP1 will roll out.
Reactions: croman
•••

It seems (according to ev-fw.com.com) that fw updates alternate between AP1 and AP2. Can anyone confirm this?
••• 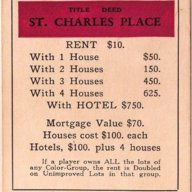 kort677 said:
I agree, it appears that owners of AP1 equipped cars are now orphans, the mothership has cut it's links.
I wonder if any new updates will be available for our cars.
Click to expand...

As an owner of an AP1 car still on 7.1, I kinda wish they would have left well enough alone.
Reactions: yak-55, Wanderer and davidc18
•••

Blip said:
It seems (according to ev-fw.com.com) that fw updates alternate between AP1 and AP2. Can anyone confirm this?
Click to expand...

Based on the data captured and displayed on the Firmware Upgrader site and TESLFi I would say that the "so called" 8.1 upgrade (17.11.3) is for AP2 cars with perhaps only 2 AP1 cars reporting receipt at this time.

Frankly, I am a bit disappointed. In so far as, I was expecting a new Unix kernel, a revamped UI and to some extent a faster browser.
It appears that "8.1" is really a dot point upgrade for AP2 cars, which are a mere fraction of the S and X fleet.
I suspect that the "real" 8.1 was somehow delayed for various reasons.
Reactions: X Fan and davidc18
•••

ArtInCT said:
...I suspect that the "real" 8.1 was somehow delayed for various reasons.
Click to expand...