Not great in the sense that Tesla just totally blew me off. No call, no text, no message in the app, just didn’t show up. I left work early and did yard work from 12:30 till 5:30 and no one ever showed up.

The service shows in the history tab now in the app…

Anyone else have them blow you off? Do they tend to reach out next business day to reschedule? Or do I have to play the game of using the app all over again to schedule it and try to explain my issue and wait another month?

Won’t be leaving work early again that’s for sure, I feel bad but my service guy said M-Th they can book a 5pm to 10pm window and that’s what I’ll have to go for this time around… which means it’ll probably be November (chilly) and unfortunately my driveway isn’t lit real well… I figure they’ll have a flashlight or something…

It’s these little things that starts to swing the Tesla experience needle back towards “just another car company” and not groundbreaking and innovative.
Reactions: Coloradogramps 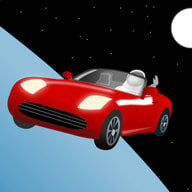 Can't excuse them blowing you off, but you don't have to have mobile service done at your home. You can schedule them to come do it in the parking lot where you work.
A

MY1stEV said:
Can't excuse them blowing you off, but you don't have to have mobile service done at your home. You can schedule them to come do it in the parking lot where you work.
Click to expand...

Unfortunately I can’t. I work in a restricted area and i know security would come yell at them if they weren’t badged…

Finally got a text back…. “It was mis-scheduled. It actually is next Friday” (I told them I was out of town next Friday when I originally made the appointment.)

Mobile service must not be able to see the app backend since it showed up in the app for the last month as Friday October 8th between 12:30-5:30 And I got a reminder text message last night…
F

I had an appointment Thursday from 9AM-1PM. The tech showed up at 3:45, with no excuse. There were no calls or any type if notification.

Tesla Service clearly have little respect for their customers. 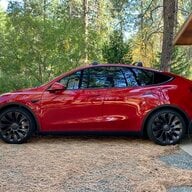 Interesting. I made a mobile Appt to install roof rack and comms were great and they showed up in the window they said

JimmySure said:
Interesting. I made a mobile Appt to install roof rack and comms were great and they showed up in the window they said

I was never able to communicate via the app. That option existed last year for me when I needed a software update that was stuck to be pushed again, but this year there was no “message” option with the appointment.

I had to rely on a text message he sent me when he had to reschedule because of parts delay and then again when I got the automated text message reminding me to be ready.

I asked for the rescheduled appointment for this coming Tuesday to be added to the app so I wouldn’t forget (plus I wanted traceability) and he said the app was a hassle and he couldn’t add it. I told him to at least text me the night before so I remembered.

I don’t like that there likely won’t be a record of him doing the work, that I approved the service cost, or anything else. Though now I might be able to push more on the trim to be covered under warranty because there is no open quote for fixing it or open records of communication…

Why do I only experience positive Tesla service experiences?