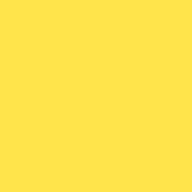 Hey there! Long time lurker. Finally got around to making an account. I'm going to try and be as detailed as possible with this listing, but if anything is unclear or you have additional questions, please don't hesitate to ask!

We're likely to be ordering a new Model X soon, and I figured before I accept the lowball trade-in I'd throw it up here and see if there was any interest. I'd rather it go to someone here looking for an entry level Tesla than back to its maker where they'll probably strip it of its' lifetime free supercharging.

Here's the original window sheet that will lay out the features it came with. 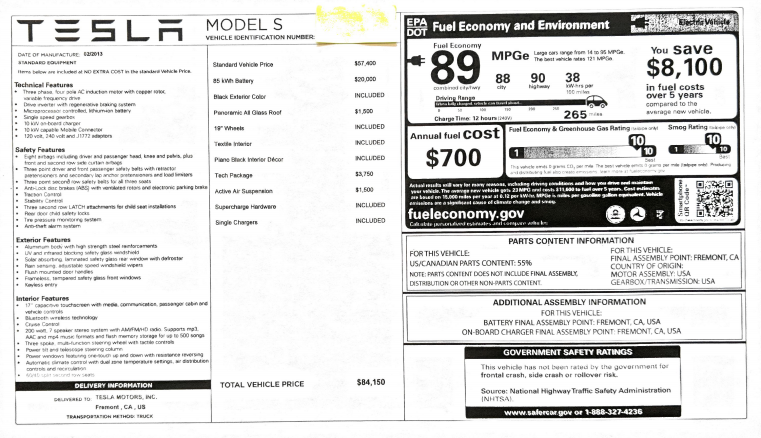 Here's the car, freshly washed. I took this picture this past Saturday. 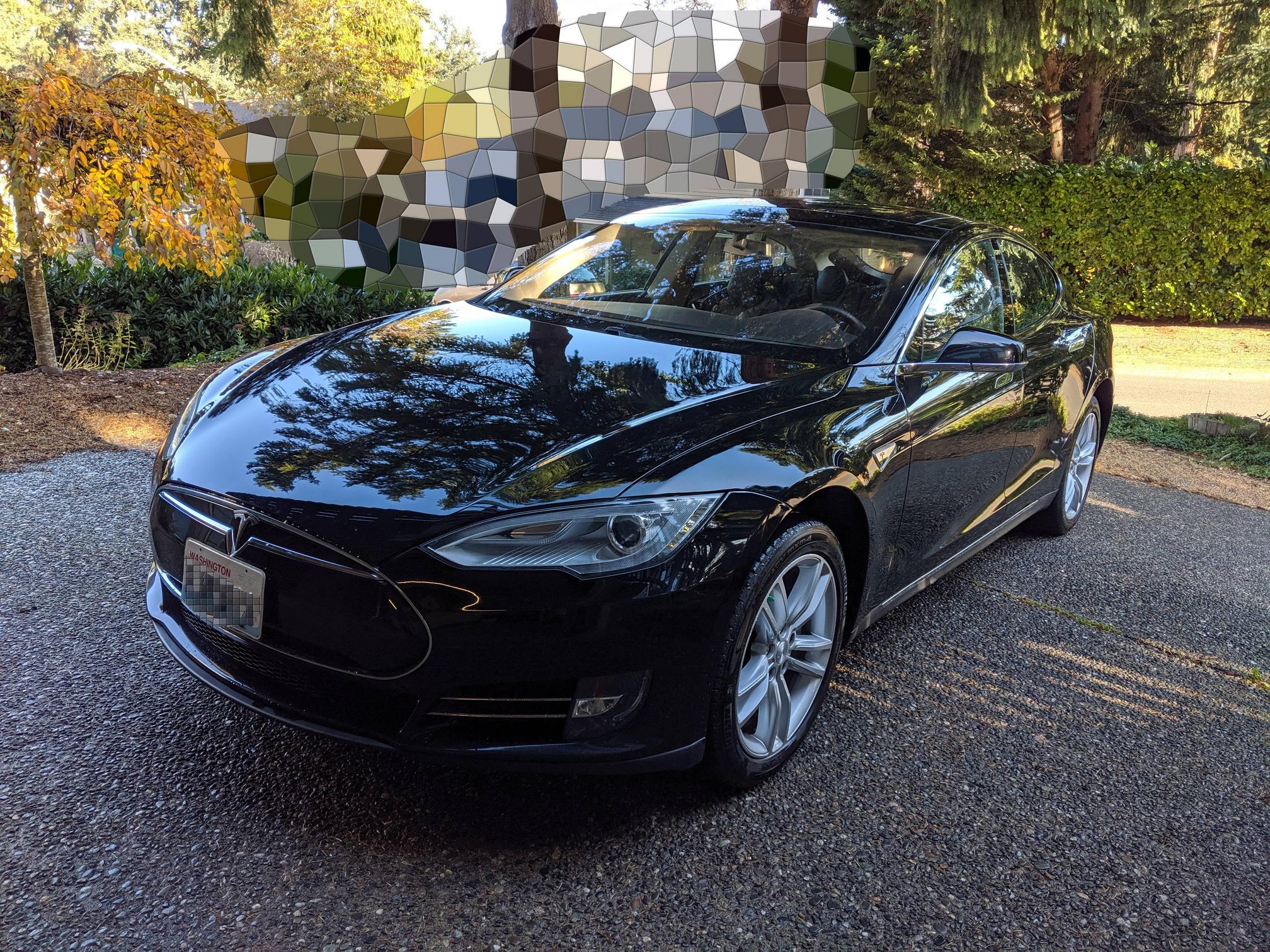 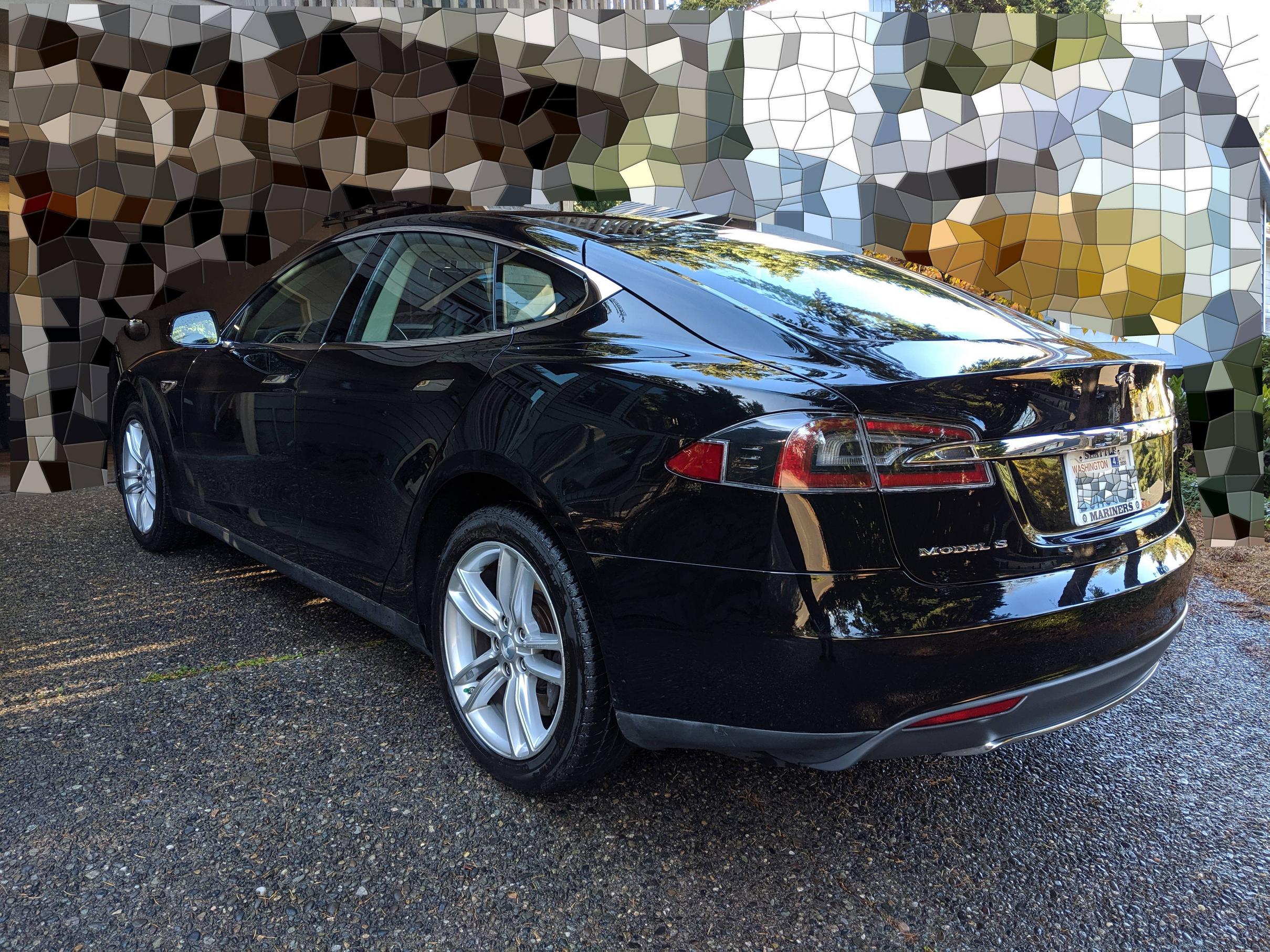 More pictures, including interior pictures, can be found in this imgur album: Imgur

Details:
Why are you selling it?

2, but Carfax thinks I'm the third and the dealer I bought it from is the 2nd. They bought it at auction. I bought it in April 2018.​
Battery degradation?

Battery and drive unit until (I think) March 2021​
Autopilot?

No, it's a 2013. An early 2013, I'll add, so features in line with a 2012. No autopilot, no parking sensors, no heated seats, etc. It does have the tech package, including the motorized rear liftgate.​
Supercharging?

Replaced 1,800mi ago, end of June. Michelin Primacy MXM4s. Got them from Costco, so they're filled with nitrogen. Not sure if it makes a difference, but they made a big deal about it so I figured you should know.​
Service?

A few days after we bought it the drive unit failed. This was replaced under warranty and the new one has had zero issues since.

I took it in for its 6th annual service in April of this year. At the same time they put in new liftgate drain plugs to prevent leaks and replaced the steering rack bolts. Both of those were recall items. I also had them replace the driver side tail light cluster. It looked like every other LED was out, so it appeared dimmer than the other. They put a brand new one in. I'll give PDFs of my service records to any buyer.​
Anything else?

I love this car. Last year around this time we drove it from the Seattle area down to the redwoods in northern California. It was an incredible trip, around 1200mi. Hit lava beds and crater lake on the way back.

Buyer must be willing to handle the transaction in person somewhere in the Seattle area.​

I don't see a way to edit this, but I forgot to mention that there is some curb rash on the wheels. It's a 6 year old car, and while I think it looks great, don't expect it to look like it just rolled off the assembly line.
•••