From Dismay to Elation: my first MS problem 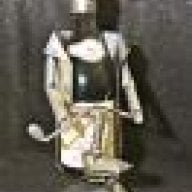 After 3 weeks of consistent charging programmed to start at midnight, I was greeted Saturday morning by the red ring of death and the dashboard message: Unable to Charge. Reinsert plug and try again. Having more than enough range for the day's travels, I put it off and proceeded with the day's agenda. Returning late in the afternoon, I tried re-plugging several times without success then followed all the suggestions on the troubleshooting page of the owners manual - to no avail. I did this at both 240 and 110 volts. Then came the most frustrating part: trying to get a live person on the 24 hour Tesla hot line. Twice I gave up holding the line and left a call-back number with no results by bedtime. I tried again Sunday morning and after a 10 minute hold got in touch with TJ who patiently extracted all the "symptoms" of the car, the light patterns of the charge port and cable and then left me on a brief hold while he checked the car's log. His diagnosis: UMC ok, problem with master charging unit. He then offered to forward the diagnosis and request for service to my nearest service center in Tampa, 186 miles door to door, with the understanding that I would follow up on it on Monday (today).
Which I did, with pleasant results. The lady who answered (forgot her name) put me on the schedule to be seen by Dave who had another call in my area, acknowledging the possibility that my car would have to be trailered to Tampa for repairs.
Dave phoned in his ETA and arrived as advertised. Taking out the left dash end panel, he pulled out a wire and hooked up his laptop to do diagnostics. This was in the driveway with the car already positioned for possible trailer boarding. Imagine my surprise when he wheeled the car back into the garage, opened the frunk and removed the panels to expose and disconnect the 12 volt battery. He then took out the back seat to expose the chargers. At this point, I thought he was just doing more diagnostics. Wrong. Going briefly to his truck, he soon returned with a replacement charger. To make a long story short, 3 hours later, the car was whole again and charging properly. I asked him why he decided to do it right there instead of at the service center and his sensible reply was that instead of driving 3 hours with nothing accomplished, it would be better to work 3 hours and get it done.
The icing on the cake, of course, was that this was warranty work, ranger included, and my checkbook stayed closed.
Other than the contact frustration mentioned above, a stellar customer-care event, an outstanding ranger/technician, another feather in Tesla's cap and a very happy MS owner :biggrin:. One regret - I forgot to take pictures .
•••
M

TMC always does great work. Nice story, but nothing new or unusual here. TMC sells a great car and great service after sales.
••• 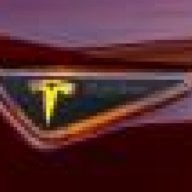 Nice. Welcome to the club: the Ranger Service Believers, Unlimited.
••• 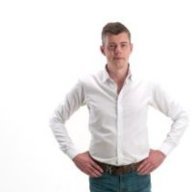 I wonder; you don't need a service contract for this? This is just a warranty issue?
•••

ojee99 said:
I wonder; you don't need a service contract for this? This is just a warranty issue?
Click to expand...

Yes, this was covered by warranty - one of the first things I checked. Furthermore, we cannot buy service contracts in Florida which considers them on par with insurance and requires sellers ( in this case Tesla) to have permits to sell insurance.
••• 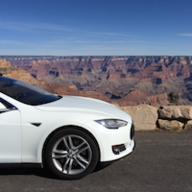 I had this same issue -- the charger on my car died on day 9 of ownership. It was a Thursday, and I noticed it only charged a couple miles over it and also had the red ring. I was able to get ahold of Tesla within 10 minutes, and the local service guys called me back 10 min after that.

i ended up taking it in to the local center -- I had enough miles remaining, and it was more or less on my way, so faster than waiting for them to bring me a rental (this was a couple weeks before loaners were avail). They kept it overnight since there were a couple other things that had to be done to correct for delivery issues (alignment was the biggest)...

But I got it back the next day and its been solid since.
•••

Similar story. Charger was cutting out at anything >235VAC. Warranty work.... ranger service in the driveway. No issues since.
•••

K
Main battery voltage too low, will not charge