I can't find it now, but I remember seeing a thread where the front passenger seat is able to be folded all the way forward with the headrest removed. Is perhaps that only possible in the older versions (or software version)? I have a 2021 Model 3 (delivered end of 2020). Or am I missing some setting or trick to override the default stop limits?

Folding back also has a stop limit. Even with the rear seats up, the seat doesn't fold all the way back (stops roughly in the position where the back of the front seat would be touching the rear headrest when rear seat is folded). I thought removing the rear seat cushion would help, but given the seat stops before that becomes a factor, it actually doesn't help at all.

Anyways it seems the only way to put long cargo (folding only passenger side rear seat down) is to fold passenger seat backwards (and remove headrest so it doesn't get in the way). I was able to transport two 8ft 4x4 posts (with room to spare in front) this way. I suppose for longer cargo than that (like 10ft lumber) folding down the driver side's rear seat would work (so the lumber can go diagonal).
Reactions: DejectedSkawlr 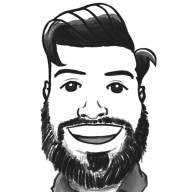 DejectedSkawlr said:
I'm trying to figure out how I can make my Model Y front passenger seat fold flat forwards or at least fold back more for longer lumber…
Click to expand...

Don't know about the Model Y, but it can't in my Model 3 (at least I didn't find how to). You can however fold it back and take off the headrest and that does help. There are metal clips on the left side of the two posts for the headrests that clip them in. You just need to use a screw driver to push that aside so that the post can free. Video below from someone else. I had to do this on the go and didn't have a screw driver with me, so I just used keys I had with me to push that clip to release the post.

You can also have it sideways and use the driver's side instead (that's what I did for 10ft long metal conduit).