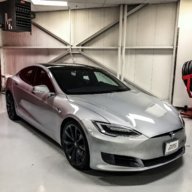 I’ve noticed recently that my front sensors have stopped working. I feel like it’s been since my last software update (.42). The front corner sensors seem to working, it’s just secluded to the front two.

Anyone else experience this? Going to get it looked at when they do my uncorking next week.
••• 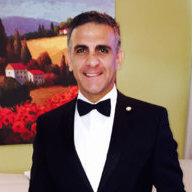 Upgraded Firmware on 31-OCT to 2017.42 a88c8d5. Next day, experienced the same symptoms you’ve noted plus no cruise control or auto pilot. AP did become active for a short period, but went inactive yesterday. So, I went to the Tyco Rd (McLean, VA) and had the techs take a look at my logs. They said there was a known bug in the firmware and Tesla was working a patch, possible that it would be released next week.
••• 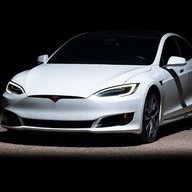 This happened to me on 2017.34. Noticed it while summoning into the garage and managed to stop it just as it touched a cabinet that hangs off the wall. Luckily it only touched the paint protection film and didn’t leave any lasting mark or dent.

The place that wrapped my car had wrapped over the sensors and they have always worked but there was no way I could take it in to Tesla to have it looked at with the sensors wrapped so had the shop cut the film off the sensors.

Since getting that done haven’t noticed it happening again so I was waiting till it did happen with unobstructed sensors before taking it to Tesla. I’ve since updated to 2017.42.

Would love to hear what they say about yours...it was the same thing only the very front two seemed to not work and it only happened (twice) in the morning after sitting in the garage all night.
•••

I also had this yesterday morning but last night it was resolved when I parked in my garage. I just had my first annual service and uncork and was bummed to have to bring the car back to get the ultrasonics looked at (IC showed a dead zone in front sensors only). Seems like an easy fix for the next update.
Reactions: Windy City S
•••

Raining here in Northern Virginia...guess what, cruise and AP back to active status....hmmm...
••• 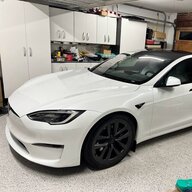 I had PPF over my front sensors and I've been having trouble with them especially during the recent cold weather. I bought a OLFA circle cutter to cut around the sensors and everything works well again. Apparently the film got a bit too stiff in the cold for the sensors to operate properly. If you place ur finger on the sensor with them on, you can actually feel them pulse.
•••
T

Same problem. Took it to service. No problem found. I hope it is just a software bug that gets fixed in future updates
•••

They reset my vehicle and they came back on. After a couple drives and an OTA to .48 and sure enough they went back out and now my navigation also stopped working to top it off. “Says maps need to be loaded” navigation needs service. Beyond frustrating as this is my lifeline to Superchargers and determining my SOC on long drives.
•••