Twice in the past 10 days my 2019 Model X Raven has tried to run stop signs. The 1st time was 3/24/22 while running 2022.4.5.20 (FSD Beta 10.11.1). I was navigating in the city on autopilot and the car clearly was not going to stop at the stop sign until I jammed on the brakes. My recollection is that the car was actually speeding up as it approached the stop sign rather than slowing down. I was so shocked by this behavior that I turned around and repeated the approach to the stop sign and the exact same thing happened again. Both times the car clearly would not have stopped unless I jammed on the brakes. I did note at this time that I was driving directly into the sun, though the sun was by no means blinding to me. I have never had problems at this particular stop sign before, and go by it at least several times per month.

Yesterday, 4/7/22, after I had been upgraded to 2022.4.5.21 (FSD Beta 10.11.2) the same thing happened at a totally different stop sign. Again I noted that I was heading into the sun though it was not at all distracting to me. If I had not jammed on the brakes the car would have gone right through the stop sign (or else it might have jammed on the brakes at the very last minute). In both cases, the stop sign was located just after a slight bend in the road. This stop sign I drive by almost every day.

In both cases I pressed the icon at the top of the display to send a report to Tesla and also pressed the microphone and said “Bug. The car tried to run the stop sign”. Is this the correct thing to do when trying to communicate problems with the FSD Beta? 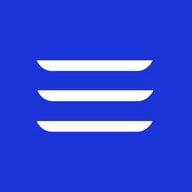 gordonpcrespo said:
Nonsense! If this gentleman repeated the drive several times and each time the car would have run the stop sign this ‘clickbaity’ title was completely appropriate based on his experience.
Click to expand...

If you can repeat it, then make sure you're reporting it with the camera button. I'd also take pictures of the intersection with the stop sign, and a snip of the intersection in Google Maps, and e-mail your experience to fsdbeta @ tesla.com (make sure you send from the same e-mail address as your Tesla account), including the pictures and snip from maps.
•••
Upvote 0