Two releases dropped since 30.21 and have since ended: 10.11 and 10.11.1. Is the Beta now limited to just a few FSD Beta subscribers on future releases? Were the 2 new releases so bad that it wasn’t worth continuing the roll out to the rest of the Beta community? I have an upcoming trip of ~2,500 miles, I’d like to be able to at least see the supercharger icon and not have to go through gyrations to get the superchargers displayed on the screen during the trip. I may want to avoid certain chargers the trip planner uses and pick others before or after the trip planners. I don’t want to be hitting parking garages in cities or airports during my trek or deviating to far off the highways. Yes, I know use A Better Route Planner and plug your trip in that way. I shouldn’t have to do that and Tesla should update the IU for the abandoned Beta users. Now maybe that can be a future release, ability to select types of chargers to avoid…

I counted 13 total releases since 30.21, granted only 2 were for the Beta community, we appear to be falling behind quickly. I hear you, spoiled babies with the FSD Beta not getting their way and living what everyone else has to deal with regarding software updates.

I’m really curious how removing the Supercharger Icon was approved in the IU review meetings, what were they thinking….
•••
Y

Odd. I can still see the supercharger locations while using beta. Maybe not like it was but not all that challenging to find worthy of a story.
•••
G

I think this has been a tradeoff related to having FSD Beta for a while. FSD Beta users have lagged behind regular owners in new features and functions, sometimes by months, since FSD Beta was released. I guess you don't really notice it until it's a feature you really want. For me it is the backup camera bug introduced in the 2021.44.30.X base build that makes my backup camera basically unusable. This is a serious hazard to me in my Model 3 because you have NO VISIBILITY out of your rear view window when backing up due to the incline in view from front to back. Now without a backup camera, backing up is a crapshoot. There is a fix in 2022.8.X, but I have to forgo FSD Beta testing in order to get it. I can't say that I am 100% knowledgeable on what it takes to put the FSD Beta code in a release package with a new base build, but my software development knowledge and experience suggests that it wouldn't be that hard to release each new FSD Beta version on the latest base package.
•••
M

Yelobird said:
Odd. I can still see the supercharger locations while using beta. Maybe not like it was but not all that challenging to find worthy of a story.
Click to expand...

Seems that there's another thread on this Any New Updates for FSD Beta Users?
Reactions: wknickless
••• 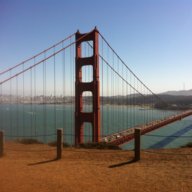 They moved the charger map icon from the list of icons on the right edge of the map to down under the navigation “…” menu that you tap to add a new waypoint to your route.
•••
S

As far as updating from 10.2, there are still a large number of people on 10.2 (again according to Teslafi.) The leading theory in another thread is that Tesla is intentionally leaving people back on the older version to allow them to do direct A/B comparison testing between the two versions. Of course no one knows any of this for sure, but that’s the theory.

I hear your frustration on the other updates - I’m on the same version you are and am stuck with the same bugs. From what I can tell the FSD code is separate from the UI code, so it seems like they could update the UI software separately from the FSD software but for whatever reason they don’t.

My assumption is that once they’ve done the testing we’ll get moved up to 11.2 Not much else we can do other than opt out of the FSD beta program.
Reactions: wknickless
•••
M

I look forwards to seeing what changes, and what stays the same.
Reactions: sleepydoc
•••
M

Jeff N said:
They moved the charger map icon from the list of icons on the right edge of the map to down under the navigation “…” menu that you tap to add a new waypoint to your route.
Click to expand...

AI, Autopilot, & Autonomous/FSD May 4, 2022
S4WRXTTCS
S
D
FSD Beta Experience - Be Careful What You Wish For