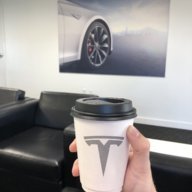 So I was reading this blog post from Robert Scoble and Elon's tweet about solving physical world AI and I can't stop thinking about the potential for future revenue streams. TLDR; FSD and the work going into using neural networks to identify objects in the real world is a potential game changer for mapping.

Consider every Tesla becoming a Google Streetview car without any added hardware, it's a huge deal by itself. Apple, Google, and Microsoft make gobs of money just by having mapping data that gets updated maybe every few months at best. Tesla mapping updating in real time? Wow.

So when I think about Waze, everybody loves it because users are reporting in things that they see on the road in real time. The problem of course is that they either have to tap the screen or use voice commands to do so. With Tesla's FSD/NN technology, you wouldn't have to. The car would drive by something, identify it and automatically report it back into the map system without any driver interaction.

There are tons of posts about people who want CarPlay because of Waze. What if Tesla can offer something even better? What if they can offer that to even non-Tesla owners?
Reactions: Jack6591, dmicah, mikes_fsd and 1 other person
•••
A

This would be extraordinary. Thanks for the post. Now you have me thinking...
•••
L

That's something that was discussed when they started including all the FSD hardware in every build. I'm not sure they collect all the data from every car, because that's an astronomical amount of data, but they will certainly have plenty of data to choose from in areas of higher interest.

Likely, cars that only communicate on cellular contribute less data to that project. Cars that are configured for some home or office wifi will have a way to dump a lot of data to Tesla purging local cache storage on board the vehicle.

If at some point in the future they are putting Starlink antennas in the cars, the neural net concept could be real time.
•••

LoudMusic said:
That's something that was discussed when they started including all the FSD hardware in every build. I'm not sure they collect all the data from every car, because that's an astronomical amount of data, but they will certainly have plenty of data to choose from in areas of higher interest.
Click to expand...

I don't think they would have to collect that much additional data since they already have base maps from like open street maps or wherever. It would be like Waze which works on any cell phone. It's just collecting a single small pieces of data that the NN flags for a traffic incident or pothole or whatever.

It never made sense to me why Apple would want to get into building cars either...until I think about how much people hate on their maps are and how having their own crowdsourced cars collecting map data would help them be more competitive against Google.
•••
R

jroydog said:
There are tons of posts about people who want CarPlay because of Waze. What if Tesla can offer something even better? What if they can offer that to even non-Tesla owners?
Click to expand...

Can't speak for others but it would only solve one part of why I want CarPlay. It wouldn't help with Tesla's crappy routing, notably. More importantly, it wouldn't help me use audio sources that I want to use.

That said, it would be interesting to see something develop along those lines
•••
S

The problem with Tesla is they could implement a lot of things, but they just don't.

Currently the Maps/Navigation is based on OpenStreet Maps, but they don't seem to have any way to correct for an issue. They could in theory do a lot of stuff, but they just don't.

A perfect example of this is a Tesla owner with FSD cannot use NoA (with unconfirmed lane changes) to go from Portland, Or to Everett. WA. They can't because there are numerous spots along the route where something is screwy with the Nav or NoA interpretation of the nav data. It's been that way for as long as NoA has been released.