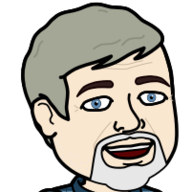 If we buy FSD do we get the EAP features like lane change while we wait for FSD to come around to us?
•••
M 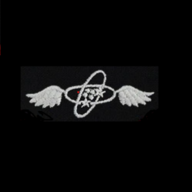 Got a 2018 M3 with FSD.
You'll get Navigate on Autopilot for Interstates (not local roads), which includes auto lane changes (if you're feeling brave), and it'll auto-take you onto off-ramps.. and if the offramp is onto another interstate, it'll keep on going. NAV includes TACC and lane-keep.
You'll get Summon. That's good to get the car in and out of tight parallel parking spaces and the garage. What also comes with this is, nominally, the ability of the car to traverse a parking lot (not public roads) to get to where you are. I've played with this a couple of years back; at the time, it took serious time for the car to get where one was standing. The use case is for when there's a downpour and one really doesn't want to get wet. And you and the car are in the same parking lot.
On local roads, the car will do TACC and lanekeep, including lanekeep on roads that barely have markings, although it'll refuse to do that if it can't see enough lines to make sense of it all. In this mode, the car will stop at stop signs. A tap of the gas pedal will get the car to cross the intersection (not turn right or left), but it's on you to make sure there's no cross-traffic. If it's just you an no other cars around, the car will stop at lights, whether they're red or not. If the light is green, as one approaches the light, a tap on the accelerator or gearshift will let the car motor through the intersection, but, again, it's very definitely on you to make sure it's safe to go through. If you're in traffic approaching a green light and are following a car that passes through said green light, then the Tesla will follow the car ahead without having to tap things. The definition of "follow" is up to the car's idea of that, but it matches human experience fairly well.
Finally, if you really do have FSD (and not just a FSD-capable car), and you want to join the fun with the Beta version of the Real Thing, you sign up for that in the menus on the car. At which point you magically acquire the Safety Score system on the smart phone's app. This monitors one for (at last glance):
The first item gets you beeps and boops; the others, you probably don't. The app will give you day-by-day and trip-by-trip numbers. Doing it the way the car likes means letting cars move away from you when accelerating from a stop, not taking right or left turns faster than 18 mph or so, gradual braking with no stomping, and so on. Some people claim they have to drive like grannies to get a perfect score; it's not quite that bad, but rapidly accelerating and turning when going from a stop sign to a major road will get one every time. Score 100 for 30 days in a row and you're likely to get an invite; get 98 or less and you won't. At some point Elon will let loose the dogs of war and people with a mere 95 will get in. There's, what, 5000 or 8000 people in the program at the moment.
And it is a Beta. You treat the car like it's being driven by a brain-damaged novice with a Learner's Permit, alert for when it Heads For That Tree. And if you take your eyes off the road one too many times, Tesla will notice and revoke your Beta.
At some point the requirements will be lowered dramatically or removed, and that's coming, but it's unknown when.
Reactions: emailforbrett
••• 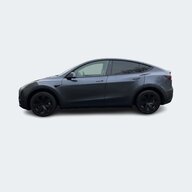 Yes. Here is what that includes… Autopilot/EAP/FSD Features (Tesla website)
•••

The UK and Ireland Nov 11, 2022
CWT3LR
C
G
Should I purchase FSD or EAP ? Canadian version