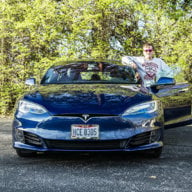 I assume "to begin FSD" obviously does not equate to "no nags". At the point that a vehicle can be even a little bit autonomous like "here's the parking lot, go find a spot", maybe then the nags might stop for that trip?

I'm just trying to better understand how (not when) this might be implemented. And is it only level 5 FSD when driver attention and nags are no longer needed at all? And they are a fact if life in the meantime?
•••

It's still nag time and driver's responsibility until the beta phase has been successful and a final product is released.
•••
S

Presumably the transition would go with the change of liability. When a Level 3 system is in operation, the driver is not expected to pay attention, merely to be ready to respond when the car asks for help. At that point, there's no reason for the nag prompts.
Reactions: diplomat33
•••
B

Even though Tesla might start releasing the first FSD features in August - AP2.x will still be running in "driver assist" mode, and will require the driver to be in control of the car.

They won't be able to release the nag until Tesla has the FSD software validated (and safer to use than a human driver), they have regulatory approval to allow the software to operate the control without a driver monitoring (or even in the car), and we work out who will actually be liable for an accident when the car is in FSD mode (is it the owner, who may not even be in the car - or is it the manufacturer, who is effectively providing the driver in the FSD software?).
•••

AI, Autopilot, & Autonomous/FSD Aug 13, 2022
BBTX
B
G
Warning: You can get FSD beta strike for any forced disengagement, even with FSD beta disabled in settings...

FSD Mini Review/Rant - Promising, But Not Worth Your Money - Yet