Have the full specs been made available to general reservation holders?

I called Tesla Motors, but while they said that recently the reservation holders can now configure a Model X, they wouldn't say whether the full specs were available. I'm not a reservation holder, but have been avidly following the Model S and Model X for several years now.

If the full specs are available, do the specs list what the turning circle is?

In 2013 "He [Elon Musk] pronounced that the X would comfortably seat seven adults, offer better all-wheel-drive handling than any vehicle on the market, have a tighter turning radius than a Mini, and be faster than a Porsche 911." (http://fortune.com/2015/03/19/tesla-model-x/)

The other predictions came true. I'm wondering whether the turning circle is tighter or the same as a Mini?

If it is, does anyone have any information about whether that tighter turning circle will make it back to the Model S?

Not sure which Mini Elon was talking about, but the turning circle for the Model S is 37.0 feet, which is bigger than either. (Model S Specifications | Tesla Motors)

The 37 feet circle for the Model S is a deal-breaker for my wife, as she often pulls U-turns, and has turned cars down before that had too wide of a turning circle (over 36 feet).

They're visible to everyone at Model X Specifications | Tesla Motors. I've placed an order already and I don't have any more specs than that. Haven't seen any mention of the turning radius. However, I'd expect the turning radius to be similar to an AWD Model S.
•••
R

According to What is the turning Radius for model X | Tesla Motors,
darlin | February 19, 2016
Turning circle for the X is 40.7 ft, according to the owners' manual I just got today. 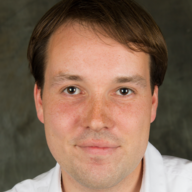 ReferenceMan said:
The 37 feet circle for the Model S is a deal-breaker for my wife, as she often pulls U-turns, and has turned cars down before that had too wide of a turning circle (over 36 feet).
Click to expand...

Not liking a 40 ft turning radius is one thing, but being a deal breaker to have 1 less foot on the other side of a U-turn?
•••

Model X Wednesday at 8:30 AM
ecarfan