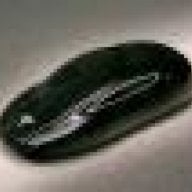 Also, is the g-force consistent from 0-60? I don't think so, right? Because according to Acceleration | Unit Converter Calculator pulling 1 g means you have a 0-60 of 2.74s. So it must be that the 1.2 G's for a P85D occur at some interval in the acceleration but not through all of it.
••• 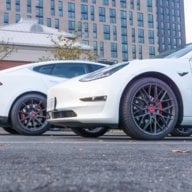 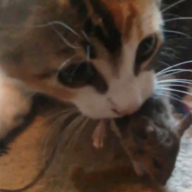 That is correct. Acceleration transitions from traction-limited to power-limited at a critical speed; this is true of any car. From what I've gathered, this happens somewhere in the 30-35 mph range in the P85D. Independent tests have observed around 1.0g prior to transition.

AWD Model S variants get very close to perfect use of available grip when traction limited; acceleration here is determined by the tyre's μ value and should be very similar. Tesla could perhaps increase acceleration by allowing the traction control a more aggressive slip ratio target (at the cost of tyre wear), but I've heard no suggestion of this other than Elon's promise of "faster than falling" with Ludicrous Mode.

The different power outputs change the transition speed and subsequent tail-off curve. This will be the primary cause of the different 0-60 times in the AWD models. Mass differences due to different batteries, drive units and options also have an influence.

Obviously, the RWD models must have a handicap in the traction-limited phase. Not 50% as you might think from the weight distribution though; the torque reaction causes a weight transfer to the rear axle. I'd guess around a 30% handicap given the low CG and long wheelbase. Transition speed is higher though and only total horsepower matters in the power-limited phase.

The P90D's Ludicrous Mode upgrade increases the speed at which the transition occurs - much closer to 60mph according to Elon in the recent earnings call. I predict somewhere around 45mph based on the numbers Tesla have published, but we'll only know for sure when someone gets some test gear in one.
•••
S 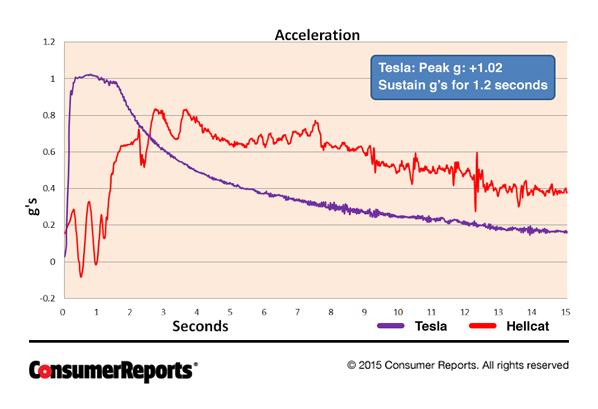 G's decline starting around 20 MPH. Elon was clear that the L mode would improve 30-60 but by 30 mph g's are already down to 0.95 and falling like a rock, so I don't think the will improve the peak but it sure will improve the width of that hump by quit a lot.
•••