Hoping to get clarity as I know the gen 3 wall connector will only do 48A (80% of the 60A breaker) but my question is, would it be safe to connect to a 80A breaker?

I believe the breaker should be changed to 60a.

the 80a breaker will technically be protecting the wiring - which must be 80a safe??? But still the hard wired device is only rated for a 60a breaker…

a 60a breaker should be less that $40. Sine it’s hard wired it doesn’t need to be gfci. As long as the breaker can handle the existing wire sizes.
Reactions: cjxmtn, Rocky_H, MN-MS100D and 1 other person
••• 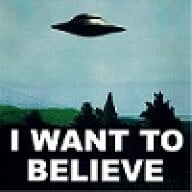 s14roller said:
Hoping to get clarity as I know the gen 3 wall connector will only do 48A (80% of the 60A breaker) but my question is, would it be safe to connect to a 80A breaker?

Change the breaker to a 60. You need a bare bones 60 amp double pole, no fancy gfci/afci, so it’ll be cheap.

What size wire are they running, might actually be cheaper to do 6 gauge instead of 4 gauge (rated for 80) depending on your run.

It would suck if they used 6 gauge wire and something shorted out or overdrew and that breaker didn’t trip when you really needed it to. Better safe than sorry.
•••
S

A 60 amp two pole breaker is $12 to $28 at my local Home Depot, and yes, it should be changed. If something dreadful happens inside the HPWC or the car loses its mind(or both) and the car starts taking 80 amps, the innards of the HPWC might overheat before the 80 amp breaker trips.

One more(minor) concern is that the HPWC's terminals are only rated to accept up to 4 gauge wire. It might be okay, since 4 gauge in conduit would support 85 amps. If its NMB, the original wire is likely 3 gauge and won't fit the HPWC directly.
Reactions: brkaus
••• 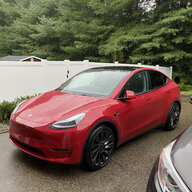 Another vote for changing the breaker to 60 amp. I had a similar situation with new AC units installed in our house. The old outdoor units were on 30 & 40 amp breakers (one was larger than the other), but the new units, being more efficient, both needed 30. The estimator guy said the existing 40 needed to be changed to 30 for the unit's specified "overcurrent protection", or some such thing. He explained that even though the house wiring was fine for 40 amps, the unit's internal wiring, components, or whatever could be damaged by 40 amps if something went wrong.

I'm in the midst of installing a wall connector for my on-order Y, and I'm using a 60 amp breaker (~$25 at Lowe's) and #6 THHN wire in PVC conduit. Note that #6 Romex is only rated for 55 amps. It's my understanding that individual wires in conduit can handle more amps because they're separate & allow for better heat dissipation.
Reactions: Rocky_H
•••

Agree, you shoud replace it with a 60-amp breaker.

But not all breakers fit all breaker boxes. The breakers in your box should have a label / markings on them. Take a photo of a breaker and also note who the panel was manufactured by, then get some help when you go to the store. And while they are not expensive, don’t cheap out. Get a quality breaker.
•••
S

Not sure if this makes a difference, but the breaker is connected to the main basement breaker spot where it’s also 80A. Thanks much for the feedback, guys
•••

Not sure what you are saying, the word “also” is confusing. A picture will be helpful.

The breaker box should have a main breaker at the top, which is usually 100, 150 or 200 amps. Then you have lots of breakers below it of varying sizes, one of which should be the 80A breaker servicing the garage.

Or maybe you have an 80A circuit from the main breaker serving a “sub-panel” breaker box in the garage?
Reactions: Rocky_H
•••
S

Funny to see a sub-panel with only one breaker, but no matter. Easiest thing to do is to replace that 80A dual pole breaker with a 60A. Since that breaker is very close to the feeds I would certainly trip the breaker in the basement first. I also note they did not run a neutral, too bad as you could have then replaced the subpanel with one with more circuits and, in addition to installing a 60A breaker for the Tesla, you could have added a 120V 20A circuit or two.

You will need to run #6 wire from the breaker to the Wall Connector. Technically, #6 is rated up to 55A but it is common to use it on 60A circuits, provided the circuit is not to a subpanel.

BTW, I am not an electrician, the comments above are from my readings and the comments posted by others.
•••
S

I find it really weird there's even a subpanel in play. There was only ever one space for a breaker, and the breaker was the same as was in the main panel feeding the subpanel.

@Sophias_dad in some cases, a sub panel is the lowest cost local disconnect.

At least, that’s my guess. An 80a circuit would likely be required to have a local disconnect to pass inspection.
Reactions: Rocky_H
•••
S

brkaus said:
@Sophias_dad in some cases, a sub panel is the lowest cost local disconnect.

At least, that’s my guess. An 80a circuit would likely be required to have a local disconnect to pass inspection.
Click to expand... 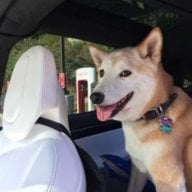 An alternate option would be to leave everything as-is and install a gen 2 Wall Connector. You could also install a second gen 2 Wall Connector in a power sharing arrangement with minimal wiring modification if you were ever to get another Tesla. Personally, I'd probably go this route.
•••

If you Google, this seems to be a common:

”Electrical wire manufacturers publish charts recommending the maximum current for each wire gauge. According to most of these charts, 6-gauge wire is suitable for 55 amps, which means that, technically, you should jump to the next gauge for a 60-amp circuit. That would be 4-gauge wire. In practice, however, it's common to wire 60-amp breakers with 6-gauge, 3-conductor wire because an appliance that needs a 60-amp breaker seldom draws the full 60 amps. If you're installing a 60-amp subpanel, however, it's best to connect it to the main panel with 4-gauge wire. A 60-amp panel controlling several circuits could easily draw a maximum of 60 amps before the subpanel breaker trips.”

ATPMSD said:
In practice, however, it's common to wire 60-amp breakers with 6-gauge, 3-conductor wire because an appliance that needs a 60-amp breaker seldom draws the full 60 amps.
Click to expand...

Yeah, there's the problem... an EV will draw the max its allowed, for hours on end, and that amount is supposed to have 25% overhead. I think technically because you know its a 48 amp continuous load, you aren't supposed to use the round-up rule to put a 60 amp breaker on a 6 awg NMB line.

That said, I've intentionally run my HPWC on a #6 NMB with a 50 amp breaker, drawing the 48 amp EV load for many hours continuously, with no issues. That might well be different if the breaker was in a 110F garage in texas/florida/arizona instead of my 64F basement.
•••
S

Thanks much for everyone’s comments here! Looks to be incredibly simple to unplug the 80A breaker and put in a 60A version ($13 at HD). Will also make sure they are using a #6 wire which I’m assuming if they are Tesla approved, should be a no-brainer and the minimum used
•••

s14roller said:
Thanks much for everyone’s comments here! Looks to be incredibly simple to unplug the 80A breaker and put in a 60A version ($13 at HD). Will also make sure they are using a #6 wire which I’m assuming if they are Tesla approved, should be a no-brainer and the minimum used
Click to expand...

"#6 wire" is not specific enough. #6 Romex NM-B and UF-B would technically not meet code since you would have a 60 amp breaker protecting 55 amp wire (yes, I know the device only draws 48 amps ... until there is some sort of malfunction or short). #6 armored cable or 75C/90C wire in conduit will meet code. 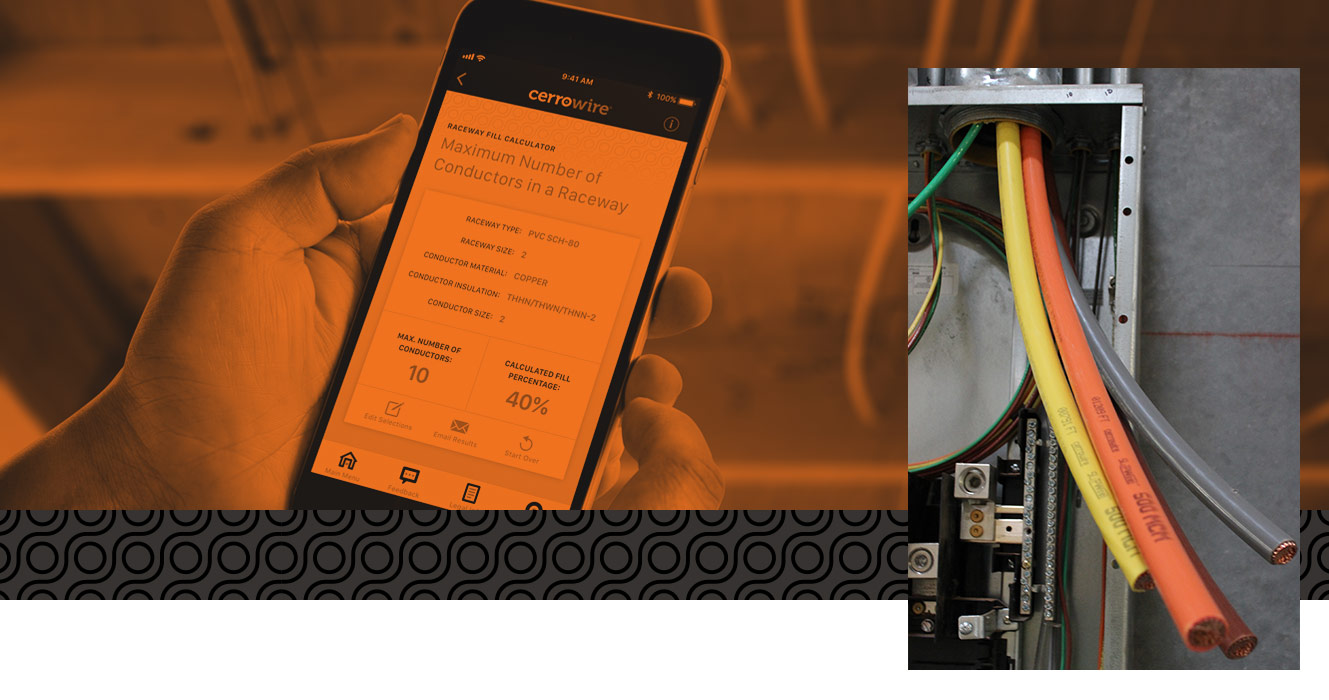 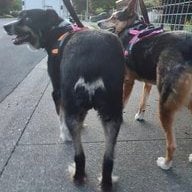 s14roller said:
Hoping to get clarity as I know the gen 3 wall connector will only do 48A (80% of the 60A breaker) but my question is, would it be safe to connect to a 80A breaker?

How far is the HPWC going to be from the subpanel? If it is going to be right next to it, get wire that supports the full 80A since you already have that from the sub panel to the main panel. I don't think there would be an issue with a 60A breaker protected by an 80A one and it would allow you some flexibility in the future to add a sub panel with more spots if you have all 4 wires available (may require more wire pulled). If you have 40ft from the subpanel to the HPWC then it might be different but if it's a foot, go as big as you can (4ga) and definitely swap out the subpanel breaker for 60A. Last thing you want is for your HPWC to have a problem and be able to draw 80A before a breaker trips.
•••